We’re launching the world’s first-ever in-hotel mushroom farm, which (for now) can only be found at The Standard, East Village. It sounds like a niche world record and it is. But Smallhold represents the future of dining, that has a more transparent look into the food supply chain.
At first glance, Smallhold’s minifarms—a company named after its ability to grow mushrooms in tight quarters—look like glass casings you’d find in a futuristic museum. Blue grow lights, lurid and wonky-looking mushrooms in shades of orange, pink, and yellow might appear more as sculptures than something edible. But these minifarms filled with hen of the woods and oyster shrooms are taking New York by storm by not only revolutionizing the supply chain, but also providing customers with a unique form of entertainment as the mushrooms grow before their eyes. Needless to say, the mushrooms themselves are delicious, meat-y, and some of the best in the tri-state area. The mycelium fruiting blocks in which the mushrooms grow is even able to incorporate food waste—like coffee grounds—to help the process along. Smallhold began as an experimental shed inside a recycled shipping container at Williamsburg’s North Brooklyn Farms. Soon it expanded to exciting restaurants like Bushwick’s Vietnamese spot, Bunker, Honey’s and most recently, Whole Foods, Gowanus. In her role as executive chef, Angela Dimayuga was the first to turn Smallhold’s minifarms into something for the front-of-house, back when she worked at Mission Chinese. And now she's commissioned the company to install a minifarm at The Standard, East Village. So, we spoke with founders, Adam DeMartino and Andrew Carter about how they got their start in all things shrooms.

Can you tell me more about your collaboration with The Standard? Where will the minifarm be?

Andrew: We're installing the first mushroom farm in a hotel, ever, above the bar at Café Standard. Its main function is to support Max [Blachman-Gentile, chef de cuisine at The Standard, East Village] and his produce needs. Secondarily, if you're a patron, you'll literally be able to see your food growing while you eat.

How did you get into growing your own mushrooms? What were you doing before you started Smallhold?

Andrew: I had been developing technology to grow Royal Trumpet mushrooms as a side project in my basement while working my normal job consulting on urban farms and commercial hydroponics operations throughout the country. I’m a leafy green grower by trade, but found something special in mushroom production… They always seemed like a natural next step for me, as they lend themselves perfectly to farming in tight spaces near potential customers. There aren't many kinds of produce that demand the center of the plate (usually meat does that), and these make quite a meal.

Adam: Andrew was in the middle of building a shipping container farm on the waterfront, I had just come back from a 6-month moto-camping trip and was consulting here and there with various startups. I suppose it was under my recent shift in mindset after that trip that I thought it would be a good idea to see whether we could actually make a significant amount of money while maintaining our integrity by farming mushrooms. Mushrooms are mysterious and offer a sense of infatuation once you are able to get past the surface.

Why focus solely on mushrooms?

Andrew: Mushrooms are incredibly versatile and they lend themselves well to growing indoors. That said, controlling the environments to provide consistent and reliable mushrooms week after week takes technology that didn’t exist until a year ago. We know because we built it.  There is huge demand for local mushrooms that wasn't being met until we came along, and almost every restaurant and retailer in the city is looking for new and innovative ways to be involved in the urban agriculture movement. We make that possible, one restaurant at a time.

Smallhold is a window into the farm. More than anything, we want The Standard guests, who hail from the furthest corners of the world, to establish a connection to NYC that's beyond the grit and hustle. You've worked with The Standard’s creative director, Angela Dimayuga and others to install mushroom farms in restaurants before. Did you always expect to have minifarms in a restaurant?

Adam: Angela inherently gets what we do. This might seem trivial now, but when we only had one or two other farms, it meant a lot to us that someone in her position was willing to take a risk like that. Think about it: we're going to take water, and electricity, and mushrooms, and put it all 9 feet up in the air in a restaurant. Not only did this seem ridiculous 1.5 years ago, it seemed impossible. The farm at Mission Chinese is still one of our best performing farms, though, even with it being an early installation—and this is because we were able to do our thing, and do it right, and meet the high expectations that she had at the time.

In the Vogue article on your work, the minifarms truly look like sculptural installations. Can you speak about the role of design in Smallhold?

Andrew: Design runs deep in Smallhold's veins, which is fairly uncommon in commercial agriculture.  Not many people know this, but our original idea was to have these back-of-house, completely hidden from the public. We thought it would go into a basement next to your ice machine, or with a farmer in one of their warehouses. That said, we decided to skin one with materials matching our own aesthetic (think future food pods) because we had to stare at it all day. That resonated with Angela and others, and eventually people started requesting them to be front-of-house, in front of their customers.

What do you hope guests at The Standard take away from your mushrooms—besides just being delicious?

Adam: Smallhold is a window into the farm. More than anything, we want The Standard guests, who hail from the furthest corners of the world, to establish a connection to NYC that's beyond the grit and hustle. This is a city, a hotel, a cafe where things grow. Anything is possible. So Delightful! Warm Up in Winter Garden 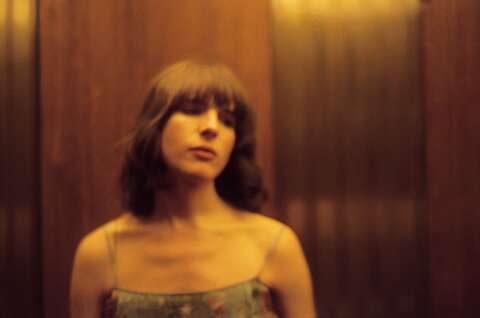 Checking In: From the Institut für Sexualwissenschaft to the Milan Runway, 'Transparent' Star Hari Nef