The Standard: Blood Orange surely is the hottest thing coming up from the New York music scene this Fall. Does it feel good to be so cool?

Devonté Hynes: I didn't know there was a buzz actually, but, yeah! I'm excited for people to hear it, another part to the puzzle.

I read you were born in Houston, Texas and raised in London. Is that right?

Born in London, but spent time in Houston town as a youngun. London is great. I mean, I still love it a lot. I haven't lived there for six-and-half years now, but yeah, you know... it was informative.

Does it have any incidence on your music to be a European in America?

Probably, but I have no idea of what it would be. Other people could analyze it more than I could, if I knew exactly I'd probably make worse music than I do... but I'm sure it affects it somehow.

You once described Blood Orange's music as 'pure sex'. Is that still the case on the new album?

That interview was over three years ago before the first Blood Orange album was even out, I was probably joking, but who knows, I'm just trying to be smart enough to feel stupid.

If you had to describe 'pure love' with a work of art. What would you pick?

You also referred to your music as your "slightly disco Chris Isaak oriental thing." Does that still sound right?

For the first album yes... This new one is more of a mixed bag of influences, it ranges from song to song, but covers African pop, rap, grime and disco.

The new album is called 'Cupid Deluxe', which makes sense with the sex thing. Could you tell us about the cover?

It's a photo from the archives of Bill Butterworth who used to photograph people kicking it in Times Square in the '80s, I loved the photo and felt like it matched the music, and was like the next step from the last albums artwork.

Is there any movie you would use to describe 'Cupid Deluxe'?

After Hours or The King of New York.

Your label Domino wrote that, "you sleep on average less than 3 hours a night".  Where do your dreams bring you?

Usually a state of anxiety and paranoia. I have a deep hypnophobia.

Not sure why, but you mind us of Serge Gainsbourg. Does that comparison make any sense to you?

Amazing, I'm a huge fan, he's a great influence on me, so thank you. That's wonderful.

Blood Orange's new album 'Cupid Deluxe' will be out November 18th on Domino. 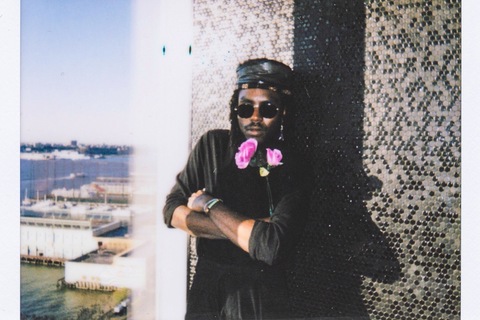 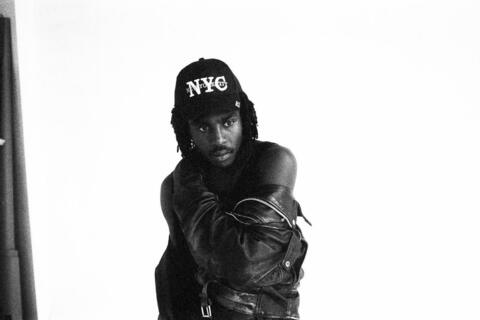