Chrysta Bell is coming back to The Standard! This time at the Standard, East Village, on Sept 22. “The first time I saw her perform, I thought she was like an alien. The most beautiful alien ever,” said David Lynch after her first performance. She talked to Annie O about her new album, her new video shot in Poland, and her new projects—including moving to NY! 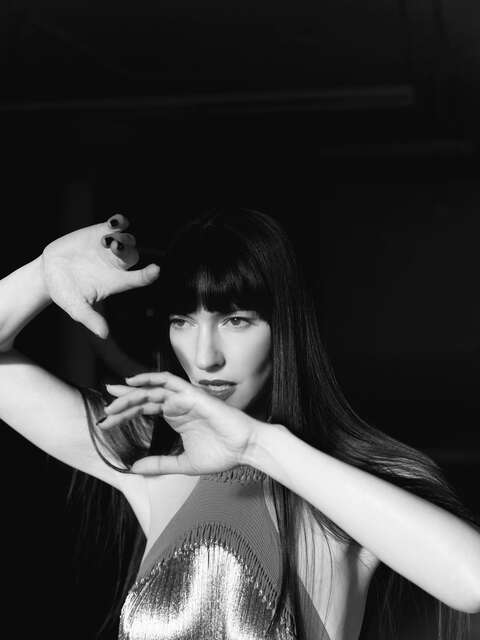 Tell us about your new video and how it came about?

The video was filmed in the small Polish village of Sycewo and directed by a gifted director named Archon, who has written and directed many films and over 100 music videos. He is amazing with symbolism and the video definitely has that mysterious, dangerous-yet-sophisticated Euro appeal. It features spectacular drone footage of androgynous male models sprinting though the Polish countryside in slow motion. Who doesn't love that? Most of it takes place in an alternate dimension dive bar brimming with voguing misfits on the brink of unmitigated excess. So pretty much an average weeknight, give or take.

Why did you choose “Feel Like Love” as the title of your new album?

It just felt like the right choice, and I didn't over think it. The producer and co-writer of the record (Christopher Smart) and I had each separately thought that should be the title and shared it with the other. Instant validation.

In a few words, describe your connection with David Lynch.

We hear that you will be singing The Cure songs for a new project by Marc Colin from Nouvelle Vague. What can you tell us about this?

I'm recording the album right now in Paris. The sessions with Marc are going beautifully. It's a deep dive into their catalogue and the way things are turning out is unexpected and quite fulfilling. I think it's going to be pretty fantastic. Splitting time between Oakland, San Antonio and hopefully spending more time in NYC before the year is over...

What do you like about touring? What are your upcoming touring plans?

I love discovering about a culture through the audiences at my shows. I don't always have time to explore the cities we go to, but I feel like I connect with the culture through my interactions with them and their responses to the show. Coming up in November is my 15th headlining international tour. Over 30 countries and 90+ cities. It's wild to think about it! I don't take a moment of it for granted. I want to do it as long as I live!

Welcome back to The Standard! You played a few times at TOTS but this is the first time playing in the PH of the Standard, East Village as part of the Annie O Music series. What can we expect from your performance?

I have some truly incredible musicians playing with me, including Stuart Matthewman of Sade, and the criminally beautiful and talented Jennifer Fraser on bass, and the fantastic John Leon on guitar. We're serving a nice mix of my whole discography, and there will be some tasty morsels for sure. Sensual, cosmic and mysterious, the perfect soundtrack for space cowboys and cowgirls sipping sparkling martinis. Joining me to start the show is Beau, and I am so looking forward to hearing them live. I'll see you there!