If this year has shown us anything, it’s that activism works. From the women’s marches to the airport protests to the town halls, we’ve now seen firsthand that when people stand up and make their voices heard, it can have a tangible impact. Even so, it's easy to let yourself feel like it's impossible to make positive change as an individual, that making serious change is only reserved for certain special people.
Two people whose stories counter that notion are iO Tillett Wright and Melody Ehsani. Wright and Ehsani weren't born into extraordinary circumstances or handed their platforms. They simply dedicated themselves to activism in their respective ways. Together they offer a dual portrait of how people from different backgrounds and life experiences forge activist identities to drive change.
iO Tillett Wright is an author, photographer, writer, and activist living between Los Angeles and Joshua Tree. His 2016 book Darling Days is an intimate memoir exploring gender and identity through his life growing up in 1980s New York City. In 2010, he launched the Self-Evident Truths photo project, for which he is gathering 10,000 photographs from all 50 states of individuals who identify as anything other than 100% straight or cisgender. Upon reaching his goal, he will display the images on the National Mall with the aim of humanizing a vast community that experiences ongoing discrimination.
Melody Ehsani is a designer living in Los Angeles. Known for her iconic store on Fairfax and collaborations with brands like Reebok, Ehsani commits a portion of all proceeds from her creations to the advancement and education of women. In December 2017, she will debut a new collaboration with Reebok, in which she worked alongside indigenous groups in Standing Rock, Guatemala, Lebanon, and Japan to create a profitable, sustainable business model for these communities’ talents in beading and weaving.
At a time when “activism” has become a buzzword, hash-tagged, and included in countless influencer’s bios, Wright’s and Ehsani’s stories demonstrate their dedication and support for marginalized communities. As two people on the front lines of the contemporary movement, we wanted to know how these activists have stayed inspired, grounded, and rested over the years of making change, so we hit the road one recent Sunday and headed for the desert, a place of peace, perspective, and reflection. Can you briefly describe what shape your activism takes?
MELODY EHSANI: For me activism is about using whatever is at your disposal to make your voice heard. As a designer, I often create wearable pieces that have messages attached to them reflecting themes of justice, equality, encouragement, power, and mirroring for groups or individuals who often don’t have enough of a voice. I also host monthly events at my L.A. retail store because it’s really important to me to create community, even if it’s on a micro level, because it will affect the macro.

iO TILLETT WRIGHT: I’ve been working on the Self-Evident Truths project for the past six years. I also travel a lot talking to groups of adults and kids about expanding their circles of normalcy—getting to know others they perceive as different so they can overcome the myth-based fears they have and create empathy, dismantling discrimination. "Activism is about using whatever is at your disposal to make your voice heard." —Melody Ehsani

Where is your head at right now about the current political climate and the role of activism in it?
MELODY EHSANI: Probably the same as most people. What can I do? How can I do more? It’s really easy to feel helpless. However, the truth is, we always have resources, and no major movement has ever come from the top down. It’s movements that start at a grassroots level that create big change. I try to remember that while what I’m doing feels small at times, it’s actually creating change and having an impact.

iO TILLETT WRIGHT: Activism is all we have in this moment. It has proven itself to be effective when we take to the streets, so we have to keep doing it. If the government is going to pass laws that don’t reflect the inclusivity of the world we want to live in, we have to find ways to circumvent them and create that world. 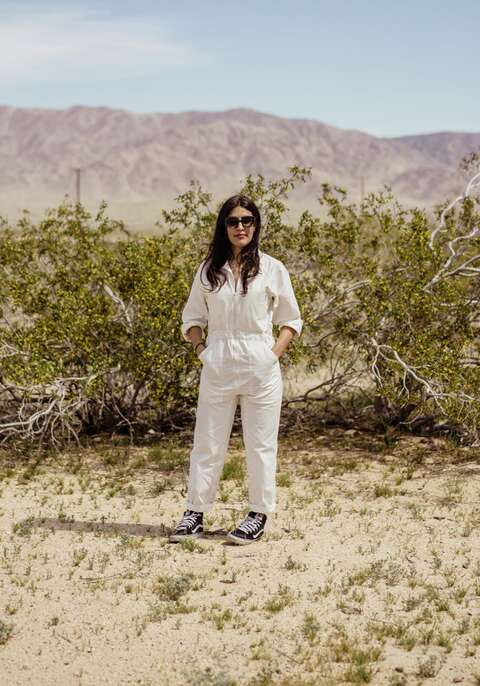 Was there a specific moment or turning point when you committed yourself to activism, or was it a gradual immersion, or is it something you’ve always felt?
MELODY EHSANI: It’s something that I have always felt. That term has meant different things to me at different points in my life. I went to law school (I later dropped out) because I thought, if I want to fight for justice and human rights, I must be an attorney. That’s what I had learned from my culture. But I had to break away, figure out what I loved to do, and then find my voice. I never thought of it as "activism,” per se. I think “activism” has become more of a general term these days because we're waking up to the fact that in order for things to really work, and for us to move the needle forward, we need everyone to participate.

iO TILLETT WRIGHT: It was a gradual immersion. It started with being appalled, then led to a search for what I could contribute, and then once I’d made an impact, I realized it was the most valuable thing I’d ever done. I think it’s really important to be aware of giving people the right to tell their own story and fight their own fights—to have their back, be an ally, but let people speak for themselves and say what they need. Often people write to me and tell me that I’ve made them feel less alone. Sometimes it’s as extreme as them saying they wanted to commit suicide until they realized they weren’t the only one. Those moments take my breath away. ¡Viva la Resistencia! with Yola Mezcal and the ACLU 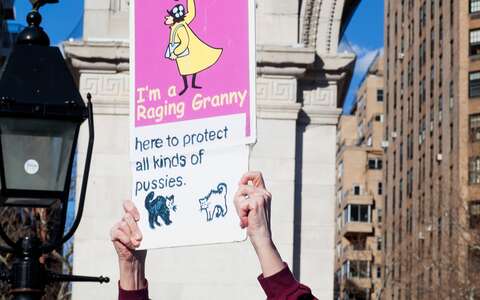 Voices From A Day Without a Woman in NYC