The decade ended on a tumultuous note in London, with news of the General Election, Brexit, and Boris Johnson. To ease and relieve some of the tension and uncertainty that ensued, gal-dem politics editor (and general wellbeing guru), Leah Cowan, hosted an Election All-Nighter in the Library Lounge, guiding us through the dark news bulletins like beacon of hope, with dynamic panels and talks, broken up by nail art, comedy, and hand massages. Here, she tells us how to rise above the madness and make positive changes for a real and genuine impact on our local communities this year.
The General Election didn’t have the outcome most of us wanted, but the gal-dem Election All-Nighter put a positive spin on an intense evening. What was your favourite part?
Being in a room full of women of colour and non-binary people of colour felt important, and necessary, that night. We know the next chapter of Conservative Government is going to mean more cuts, more austerity and the continuation of a hostile environment which affects our community in particular. We're going to need each other in order to fight back against that onslaught, and the warmth and solidarity in the room that night was a demonstration of that. Coming together to reflect, strategize and most importantly - laugh (thanks to great comedians giving us comic relief) is what got me through the evening. What’s the importance of events like the Election All-Nighter and gal-dem’s well-known Self Care Sundays?
First and foremost it's important that as women of colour and non-binary people we organise our own events, by and for us. We unapologetically take up spaces in big fancy venues that we aren't usually invited to. Our readership and supporters are very politically engaged, so we wanted to offer a space of respite for people who had been working so hard in the run-up to election night. Self-Care Sundays acknowledge the various ways we have to arm ourselves against the nonsense of patriarchy, white supremacy and capitalism. These conditions take a serious toll on our physical, mental, and spiritual health, and as a community we’re less likely to be given the healthcare support we need through formal channels. Collective care is the key detail for both events - coming together to try and repair the harms that the outside world does to us all. What does the gal-dem community stand for and how has it made an impact on you?
The community is about a new way of creating and communicating that is inherently political, but which must hold itself accountable. I've been glad to work with all the amazing contributors to the Politics section and editing for gal-dem is a joy because I learn so much from every piece we publish. It's great to produce work that isn't about generating clicks and views, but genuinely about sharing perspectives that are otherwise muted or silenced in the media. People commonly tell us that reading and engaging with gal-dem makes them feel less alone - its understandable to think, 'I'm the only one,' when so many publications are white and monocultural. We're challenging that idea and trying to dismantle the sense of alienation and otherness it produces. In the last five years alone, the UK has had more elections and referendums than most generations see in a lifetime. How can we look after each other and ourselves in these stressful times?
The practical tips I've gathered over the past few years are:

1. Join a union. It's the best way to ensure you can keep paying your bills, and whether you are freelance, or on a zero hours contract there are unions you can join. Without the core foundation of being able to protect your rights as workers, any other self-care attempts feel a little pointless.

2. Protect your energy. Whether it's toxic friends, family, lovers, colleagues or neighbours, know you don't owe anyone anything. Cherish and support the people in your community who nourish you. It also means having the emotional and mental space to do our best to survive (and help each other to survive) this new Government.

3. Be unproductive. Whether it's re-watching your favourite TV shows instead of the 'important' documentary everyone is talking about, sketching a wonky still life or subsisting on crisps for a week, this a useful way to remind yourself you’re not an output. Not everything I do has to be 'useful' and not all of my choices - from what I eat to how much sleep I get - have to be in service of making me a more productive worker. Many people will start this year wanting to make meaningful changes but don’t know where to begin. Can you share five tips on how we can make a change in our local communities and beyond?
There are loads of campaigns and groups dedicated to creating a better future for us all - whether that's through not burning the planet down, or trying to dismantle the hostile environment, so getting involved with them is a good starting point. Local campaigns are important because they show how big government policy decisions and structural inequality impact our daily lives. Whether it's getting your local council to divest from fossil fuels, trying to keep a local service like a hospital or library open in the face of funding cuts, or joining a street protest against the brutality of your local police force. These issues all connect to bigger, historical, global issues of inequality and oppression. For people with limited time, reading and consuming content created by marginalised groups and educating yourself about issues outside of your own experiences can put you on the road to working out what your role could be in moving towards a society based on care, safety and justice.

Some first steps might be: having conversations with family and loved ones about issues like racism and transphobia (starting with the people who might be most receptive to this, and then building confidence, tools and allies for more difficult discussions), speaking out when you see discrimination in your workplace, or learning how to intervene safely if you see someone experiencing harassment in a public space. Change can start in your immediate environment. 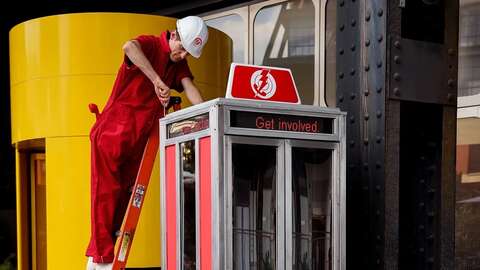