FIRST FLIGHT: 1945
TOP SPEED: 148 mph
MADE FAMOUS BY: The Man with the Golden Gun (1974) with Roger Moore
LORE: The Seabee was designed on Long Island and cost a cool $3,500 in 1945. Prized for its ability to make “impossible” take-offs and landings, it went on to become a popular bush plane and air ambulance. Countless life-saving missions were flown by Seabee pilots rescuing seriously ill people from remote locations. James Bond also used one to save the world.

MODEL: Grumman Widgeon
FIRST FLIGHT: 1940
TOP SPEED: 160 mph
MADE FAMOUS BY: Fantasy Island (the late-‘70s soap) featuring Tatoo’s famous catch phrase, “Da Plane! Da Plane!”
LORE: After Fantasy Island was cancelled, the new owners used the famous red prop to smuggle cocaine into the US. They were eventually busted during a drop in Oklahoma. After learning the hard way to “just say no,” da plane was bought by best-selling author and pilot Richard Bach.

FIRST FLIGHT: 1928
TOP SPEED: 120 mph
MADE FAMOUS BY: The Aviator (2004) with Leonardo DiCaprio
LORE: This is the plane Howard Hughes pulled up in and asked out Kate Hepburn. They later went skylarking over Beverly Hills. The plane was particularly popular among traffic-weary North Shore commuters who relished the convenience of parking on the East River. The Sikorsky seen in The Aviator was flown by owner, Tom Schrade. “They tried to get me to put on a wig and be Kate Hepburn,” he complained to Forbes. “I said no way – I’d rather take my airplane home.”

And yet nothing is quite so dashing as our StndAIR, featured here in WSJ. Magazine. 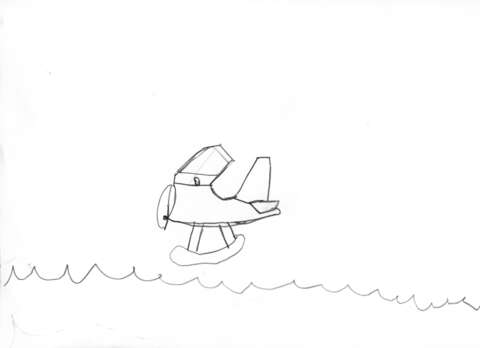 Headed to the Beach This Summer?