Last year, Nick Perkins’ seafood-centric restaurant serving soulful Mediterranean food and natural wine, was named one of the ten best in the country by Bon Appetit. In an all too rare kind of “best of both worlds” scenario, the Brooklyn-based Hart’s has maintained the comfort and accessibility of a neighborhood joint, while attracting diners from around the Boroughs and beyond. We drop in with him and recently hired chef, Katie Jackson for a briefing on the state of Hart’s before their Chefs Stand Up dinner on November 14.

Hi Chefs. Thanks for making the time. What’s happening in the world of Hart’s at the moment?

Katie Jackson: Well, this is my first chef position. I’ve been sous chef at other places, but I’m growing into this position as chef at Hart’s and figuring out what it means to be a chef in this moment.

Let’s back up a bit. How’d you get into this work?

Katie: I started just falling in love with the industry when I worked at the counter of a tiny little bakery. Seeing how a small place, with one owner who cared so much about the food and who put so much care into a pot of coffee, I started to see how all of these things can create a community. That’s what I first fell in love with.

We had a little half glass of wine just before service at 11:15, then we’d do lunch and everyone would go their separate ways before coming back for dinner.

And how about you, Nick?

Nick Perkins: I was on a study abroad program in Milan. The program turned out to be easy and I had tons of down time. I was seeing a girl there at the time, and right below her apartment was this restaurant called La Ragazza. I liked the environment and asked if I could help, so I started to spend my mornings there. It was a pizza place. I helped make dough for the day and then we’d sit down and have family meal each day. We had a little half glass of wine just before service at 11:15, then we’d do lunch and everyone would go their separate ways before coming back for dinner. When I came back to the States, I finished college and immediately started working in a French bistro. That was kind of like my culinary school. So, for better or for worse, I learned French bistro classics, so sort of the canon of American cooking.

And how did you two meet?

Katie: We met through a mutual friend. I was looking for a new job and the restaurant I was working at was closing. A friend told me, “You gotta check out Hart’s.” I went in and just fell in love with it.

Had you already developed your own sensibility as a cook?

Katie: I was working at a really different place than Hart’s, really fine dining, really refined, with international flavors all over the menu. I know it wasn’t who I was as a person, but I was just trying to get that training. When I went to Hart’s, it sort of felt like coming home. Nick taught me so much about long cooking and developing flavors and putting so much thought into everything.

Nick: Hart’s only has two cooks. When Katie came to trail, I said, ‘If you’re down for it, you should just be one of the cooks on the line.’ Usually for a trail, you shadow someone. It turned out to be this crazy night. There was a rehearsal dinner that took up 16 seats in the restaurant and Katie was unflappable. I remember being stressed and she was super even. I remember thinking, ‘This is crazy. She’s gonna think this is a shit show.’ She always keeps her cards close to her chest…

And Katie, how were you actually feeling?

Katie: (Grinning) Imagine it. Two cooks on the line. It was really a blast. You have so much control.

Do you have any common language with how you talk about the food at Hart’s?

Nick: Seasonal Mediterranean restaurant sounds simple to say now, but it took a while to get there. But the things that we very much value, if there's’ a Hart’s way, we like things juicer, oily, lemony…. It’s kind of like grandma cooking. We try to cook things for a long time. We do a lot of braises. We cook it for a long time or barely at all.

In the weeks after, we let people use the space for meetings.

You guys are about to hit your two-year anniversary next week. Happy birthday! But that also means that you opened just weeks before the 2016 election. What was that night like?

Nick: It was a nice night that got really dark. We had a party at the restaurant and I was so busy cooking food that I didn’t see the slow trickle of bad news. Beyond the huge global consequences, I felt like; ‘who can eat at a time like this?’ It was hard. Our staff was really, really upset. In the weeks after, we let people use the space for meetings. I think a lot of people just wanted to meet. In New York, people don’t have big homes and so we meet out. There was a lot of that for a long time.

Nick: That switch just became that you need to become more involved and active and aware, because we have a leader making changes that are going to directly affect our community, and especially our restaurant community.

Katie: I’m still figuring out how I can do my job and find ways to be more involved. It’s hard. You need to focus on the food, you need to focus on the service, and the Hart’s kitchen is so small that you really need to be there. But that’s why it’s so special that we get to be involved in things like [Chefs Stand Up] because it’s hard to find the space for that a lot of the time.

Maybe we don’t all want to be called ‘guys.’

Nick: I was always turned off by kitchen culture and was excited to try a less brigade system, a less sort of militaristic system. Increasingly it’s been about creating space and voice for underrepresented people. And making sure people truly feel comfortable.

For instance, someone on our team mentioned that we should be careful that we’re not approaching table greeting them as ‘guys.’ Maybe we don’t all want to be called ‘guys.’ So that’s an example of how we’re trying to make people feel comfortable. Now when we hire someone we ask about their pronouns. That’s not something that was ever a part of my experience coming up and even, still, I say ‘guys’ several times a day and have to catch myself. That’s a road we’ve all got to go down.

And that road is what exactly?

Nick: Well, traditionally, the restaurant industry has been dominated by white male patriarchy. So, it’s sort of like ‘how do we unwind some of that?’ We want to create a restaurant that supports a healthful generative environment for everyone to work in. It’s about trying to change our culture so that you’re eventually seeing other people doing the same too.

Katie: Yeah. We’re trying to create an environment of something that more closely resembles something I would’ve wanted to work in when I was starting — especially in how the cooks communicate with each other. The industry needs a major change and we’re trying to lead by example. 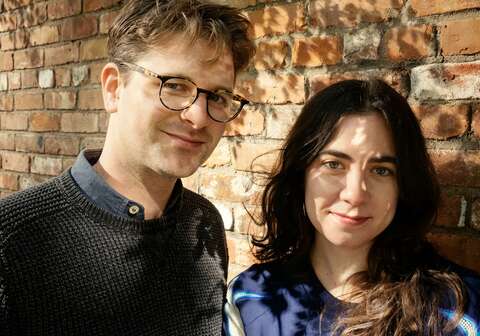