It’s been a great 12 months for Peter Sanchez-Iglesias: Chef of the Year, a Michelin Star for Paco Tapas, and rising up the Good Food Guide with Casamia. We could not be more excited to welcome Sanchez-Iglesias to The Standard family. He will run the rooftop restaurant at The Standard, London as part of our first hotel outside the US, which opens in 2019. We met up with the chef to find out how his career started, what inspires him and exactly what he will be bringing to The Standard.

One day a chef walked out leaving me in the shit and I took over the 70 covers. I remember my dad came into the kitchen and said “Don’t worry do your best.”

For those who are not familiar, how did you begin your career, Peter?

My mum and dad opened their restaurant in 1999. My dad worked in a restaurant all his life. He was the weekend chef of an Italian restaurant in Bristol. He then opened his own Italian restaurant called Casamia. I was 14 and my brother Jonray was 16 at the time. From then on, we started living above the restaurant. I knew I wanted to become a chef and went straight into catering college after school. Bit by bit, I progressed within the kitchen at Casamia, becoming a commis chef and then the Chef de partie in charge of my own section. One day a chef walked out leaving me in the shit and I took over the 70 covers. I remember my dad came into the kitchen and said “Don’t worry do your best.” My dad had felt that I was ready to take on the kitchen at 18 years old. So, I took a deep breath and carried on.

At this point, my brother, who was front of house, got into cooking and joined me in the kitchen. Together we changed the menu and eventually got picked up by the press. We received a Michelin star in 2009.  A lot of people thought we were crazy at the time and that we were taking advantage of our parents when really it was the opposite - we were working our asses off to prove ourselves. We were like naughty schoolboys who left school without a university degree, but we felt we had a bigger point to prove – eventually the Michelin star pushed us forward. It was a pat on our shoulders.

What did the years of cooking with your family teach you?

It’s not just about cooking; it’s about being patient and looking out for each other. It brought us closer together. You go to hell and back, but you become stronger for it. 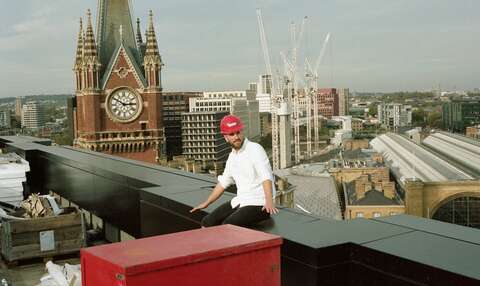 It was the first time we put ice cream on top of risotto. People thought we were nuts.

Is there one particular recipe that brings back vivid memories?

It was the first time we put ice cream on top of risotto. People thought we were nuts. We still have it on the restaurant (funnily enough it’s coming off now). Back then, 10-12 years ago, it was revolutionary, and it worked. It allowed us to know we could break the rules.

Bristol seems to be a big part of your life so what made you finally make the jump to London?

I love London and we have been there so many times, it feels like a second home. You are somewhat connected and it feels natural to challenge yourself with such a big move. It doesn’t feel alien. We are quite fortunate that London is one of the world most iconic cities, like New York.  London feels magical in a good way.

You once said ‘Bristol is trying to push the boundaries of the dining scene’. Is there anything you can take from that scene and bring to this next adventure in London?

Hell yeah. I think that at the end of the day my food is quite personal to what food should be like. London is one of the places that you can express yourself.  What they will see is my style—a Bristolian chef cooking Spanish-Mexican food.  And that’s why working with The Standard is cool as they can bring their own funky style to London. Our parents let us do our own crazy madness and it’s just different. And different creates something exciting.

At the end of the day I want to be a three-star Michelin chef.

It’s been a great 12 months for you: Chef of the Year, a Michelin Star for Paco Tapas, and rising up the Good Food Guide with Casamia. What’s the insight into maintaining this type of standard?

Something I have learnt is the power of your team. We’re going to go to war together, every single day. You have each other’s back and when you talk about things, you don’t dictate; you listen to them. I am looking at everything to make it better and push harder. Trying to perfect each ingredient.

What are your aims for The Standard in 2019?

What The Standard was offering complemented me, and where we were going as a group.  At the end of the day I want to be a three-star Michelin chef. I still have that ambition, but it takes skill, talent and time. 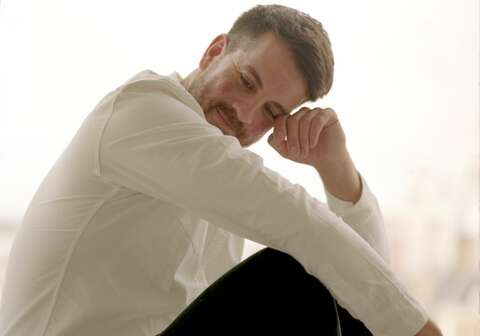 Have you already started thinking about the menu for The Standard and what ideas and influences will it have?

Five years ago, we went on a trip to the Baja region of Mexico—it’s their version of the Napa Valley. There is a cool kind of young hipster style. We literally had a masterclass on their food. I always remember coming back and thinking It fucking blew my mind and I thought ‘how can we do a taqueria?’ But it felt like we had to put it on the back burner. I want to transport people back to Mexico, but in our style.  We are trying to create that sort of traditional Mexican influence through Spanish cooking. In Spain they don’t really uses chillies—my dad breaks out in a sweat if he has one. So, mixing those would be bloody brilliant.

Is there anything you have always wanted to do?

Go to Tokyo and eat at every single restaurant, tempura, and sushi bar. After watching Jiro Dreams of Sushi, I say to every chef you’ve got to watch that. Doing one craft day in and day out requires discipline. What we are finding from a chef’s point of view is doing that one thing and doing it bloody good.  We have one guy that just churns butter. It’s an art form.

If you cooked me a Thai banquet, I would be happy for the rest of my life.

If you were to eat one meal for the rest of your life, what would it be?

There’s a guy who’s working on our development at The Standard and he does insane Thai food. If you cooked me a Thai banquet, I would be happy for the rest of my life.

Is there anything you want people to experience in particular when they come to sit at your restaurant?

I want people to have a good time, forget about their worries, sit back and relax. To experience what you’ve never seen before. It’s hard to describe. It’s creating a spark of something new, even if it is tapas or pizzas. Although we did tapas, it’s how we present it. Hopefully we will create that feeling in The Standard. I guarantee we will. The 10th floor restaurant of The Standard, London opens Fall 2019.