On Monday, November 13th, Annie O brings "musician's musician" Jenni Muldaur to the Penthouse. She's recorded, performed, and/or toured with such greats as David Byrne, Nick Cave, Elvis Costello, Lou Reed, and Rufus Wainwright, to name a few, and she's ready to show off some of her solo material just for us. Annie O caught up with the NYC native before the big night.


ANNIE O: Where are you based now? Do you still tour a lot?
JENNI MULDAUR: I am based in NYC and I’m not touring at the moment.

Your recorded your second album Dearest Darling almost entirely live. How do you think that affected the final product?
I was in the mood for organic music. I’m always in the mood for that. Real musicians playing real instruments in real time. That’s what I grew up on and have never really found anything that tops it.

Tell us about Dandelion Music, your company.
I own a company that makes music for TV, ads, and film and it’s been very good to me.

You've toured with some of the most respected musicians… David Byrne, Lou Reed, and Rufus Wainwright to name a few. Do you have a favorite tour memory?
Well, Annie, being with you in London and especially Paris during the Lou tour! Too many amazing memories to even go into. Touring is an incredible way to see the world. I admire all my “bosses” and the amount of stamina they had, to not only perform but to go out into the world and soak up the culture of whatever town we were in. Definitely an education.

Is there anyone you'd still love to collaborate with?
Keith Richards, Ray Davies, and Mark Ronson.

Are there any tracks by other artists you currently have on repeat?
Just songs I am learning for this gig. One is a Betty Wright song Hal suggested, "Shoorah Shoorah" by Allen Toussaint, and a Patty Page song called "Penthouse Serenade."

If Jenni Muldaur had a superpower, what would it be?
Time travel.

Tell us about your collaborations with Hal Wilner. You two have been friends for a long time, yeah?
Hal and I go back 30-plus years. I met him when I was 19 years old and living in San Francisco. Then when I sang with Todd Rungren in the '80s, I think they were working together and he was around a lot. He has always included me in his projects as a singer and it’s always an experience to be in his shows. He’s a great man and he embodies a unique perspective. He has a Borscht Belt sense of the absurd.

What can we expect from your show at The Annie O Music Series?
Standards at The Standard. Entertainment for the end of the world.
Previous Next 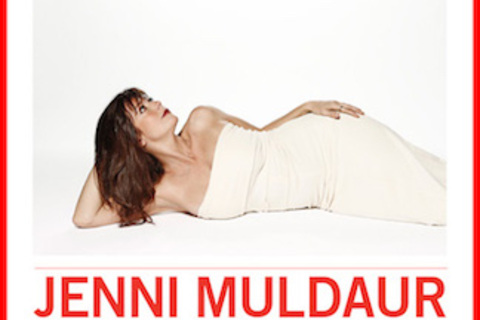