On Friday, November 10th, Annie O brings folk singer Isaac Taylor to the Penthouse. The Martha's Vineyard native is venturing into the big city to debut his first album with us. Annie O caught up with him before the big night in an interview below.


ANNIE O: Where are you based now?
ISAAC TAYLOR: I live in Aquinnah, Massachusetts, the small town on Martha’s Vineyard where I grew up.

Tell us about your latest EP.
Well, it’s my first go at a record. It’s been bubbling on the stove for a long time and I’m really glad to get it out there.

What inspires you?
I think I’m most inspired by harmony.

Tell us about your earliest memory of folk music.
I’m not sure why this comes to mind, but the introduction of Felix Butterscotch to my life in Oregon in the mid-’90s with his gravelly voice and traveling songs sort of opened my eyes to music for the people, by the people in a way that I don’t remember experiencing before then.

Who is an artist you would love to collaborate with?
My dad.

Are there any tracks by other artists you currently have on repeat?
The Barr Brothers’ new album, Queen of the Breakers.

What would your superpower be?
Flight.

What can we expect from your show at The Annie O Music Series?
All I have to offer.

Is this your first NYC show?
Yes. 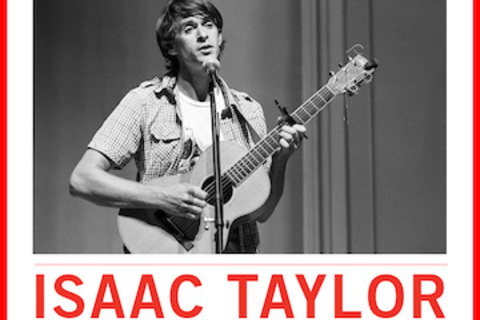