To celebrate the opening of our beautiful new lobby bar at The Standard, Downtown LA, Standard Sounds presents Winyl, every Wednesday night from 6-9pm. We'll be playing albums the way they were intended to be spun, from start to finish, paired with charcuterie and tastings by Silverlake Wines.

On Wednesday, October 12th, Cooper Saver, an LA-based DJ and familiar face at The Standard, is getting into the booth. Hear his five favorite records before he plays our DTLA digs.

Winyl
Hosted by CC Shefield
Every Wednesday, 6-9pm
The Lobby Lounge at The Standard, Downtown LA

"Zonoscope came out back in 2011 as Cut Copy's third album, exploring new territories while still retaining their trademark sound. To me, this record is a masterpiece and a total highlight of their career thus far. It's a total journey and covers a lot of ground—from classic rock to Chicago house, their influences run wild all across this record. Extra points for amazing artwork, too."

Movin' On by Witch

"Witch was a psychedelic band from Zambia that released music throughout the '70s and '80s. Movin' On was heavily sought after until the always reliable Invisible City Editions released a reissue a couple years back. The original pressing is currently going for $6,000 online! Anyway, this record is fantastic to me as it blurs the lines between garage rock, psyche, disco, funk, and soul. Amazing South African music!"

"Biology has been one of my go-to chill out selections since its release on one of my favorite labels, ESP Institute. Young Marco is one of my favorite DJs, mainly due to his versatility, and I think this record proves exactly that. For some relaxed listening, this will certainly do the job."

"This late '70s album by Moroder is pretty much unlike anything else he's ever made, and also quite adventurous for the time in which it came out, due to its slow tempo and hazy feel. His music is always cinematic, but I feel like this album is especially vibrant and very underrated. It definitely takes you somewhere if you listen front to back (as you should)."

"Vancouver's Mood Hut collective can do no wrong. This album came out earlier this year—it's heavy on the new age/ambient/tribal tip and makes me think of being lost in a rainforest or a tropical island. Great music to begin your day or end your day—it's meditation!"
Previous Next 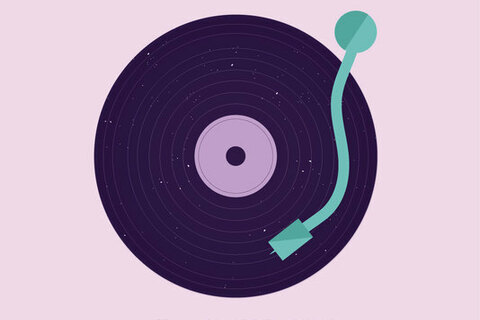