Tuesday, August 1st
Jon Davis Duo
Pianist and composer Jon Davis has been performing and touring with the world's finest jazz musicians for over 25 years and has appeared on more than 50 recordings. Most widely known for his association with legendary bassist Jaco Pastorius, Davis has shown a rare versatility that ranges from solo to big band. He has performed with such artists as the John Handy Quartet, Johnny Coles, Buddy Montgomery, as well as jazz legends Joe Henderson, Milt Jackson, and Stan Getz.

Thursday, August 3rd
David DeMotta Duo
Pianist Dave DeMotta’s career started while he was teenager in Maine where he played clubs and concerts with local musicians in the Portland area. Dave relocated to the New York metropolitan area in 1995, and since then has performed and recorded with Aki Yamamoto, Tetsu Yasui, Howard Britz, and his own band. Since 2009, he has performed with the Steve Slagle Quartet alongside master players such as McClenty Hunter, Bill Moring, Steve Johns, Ed Howard, and Bob Gullotti.

Friday, August 4th
Avi Rothbard Trio
Guitarist and composer Avi Rothbard is one of New York’s prominent jazz guitarists and a jazz clinician. Since residing in New York City in 1999, Avi has led and co-led ensembles in some of the major jazz venues around the world. He has worked with jazz veterans as well as the new generation of jazz masters, such as Ben Riley, Jeremy Pelt, Freddy Cole, Wayne Escoffery, Gregory Porter, Ray Drummond, Alex Blake, Mike Clark, and Jay Leonhart, to name just a few. In 2014, he has won the John Lennon Award for the jazz category.

Saturday, August 5th
Alex Minasian
With two degrees from NYU, Alex Minasian has, at a remarkably young age, established himself as a versatile pianist, educator, and impresario in many different musical genres. As a pianist, Alex has studied with some of the greatest pianists in jazz history, including Hank Jones, Don Friedman, Jean-Michel Pilc, and James Williams, and has performed in most of the country's most famous jazz rooms, such as Birdland, the Blue Note, Cafe Carlyle, Yoshi's, Bohemian Caverns, Herb Alpert's Vibrato, Iridium, Jazz at Lincoln Center, and the Apollo Theater.

Tuesday, August 8th & Wednesday, August 9th
Jordan Piper Duo
Jordan Piper’s mature sound and what Star Ledger calls a “melodically-rich soloing” sets him apart as a pianist and composer. He is at home in many styles of music, drawing his repertoire from standards of the American songbook and the jazz tradition. As part of the vibrant music scene in the NYC area, Jordan has performed at many well-known jazz clubs, including the Blue Note, Iridium, Smoke, Smalls, and more.

Friday, August 11th
Jon Davis Trio
Pianist and composer Jon Davis has been performing and touring with the world's finest jazz musicians for over 25 years and has appeared on more than 50 recordings. Most widely known for his association with legendary bassist Jaco Pastorius, Davis has shown a rare versatility that ranges from solo to big band. He has performed with such artists as the John Handy Quartet, Johnny Coles, Buddy Montgomery, as well as jazz legends Joe Henderson, Milt Jackson, and Stan Getz.

Saturday, August 12th
Dario Boente Trio
Immersed in the culture of tango and jazz, Argentine pianist and composer Dario Boente is a musician who is equally at home performing romantic Argentine and jazz compositions on a grand piano as he is programming world-beat electronica. Since moving to NYC in 1999, Dario has released ten albums and compilations and worked with world class jazz musicians such as Antonio Sanchez, Ronny Jordan, and Fernando Otero, and DJs such as Louie Vega and Kerri Chandler.

Friday, August 18th
Richard Clements Trio
Richard Clements is one of the world's most in-demand pianists and has performed with a fine list of musicians including Charlie Persip, Bobby Watson, and Jack Walrath. Richard has studied with grand master pianist Barry Harris and is currently touring Japan with his bebop/hardbop jazz trio. The trio will play at Top of The Standard shortly after they return to New York. Don't miss it!

Saturday, August 19th
Nanny Assis Trio
Anybody who sees Nanny Assis performing immediately feels that music for him is more than just a career. He can snatch audiences away by translating rhythms and notes into pure essence, while other times energizing them enough so they can stand up and dance. His ability to make any kind of music sound smooth makes Nanny a notable and gifted artist.

Friday, August 25th
James Weidman's Aperturistic Trio
James Weidman is one of the most versatile pianists in the world of music. He has performed with the likes of Abbey Lincoln and Joe Lovano, and plays classical and atonal music. With a player as talented as Weidman, it's no wonder the press used terms such as "unfailingly lyrical," "convivially assertive," and "exquisite" to describe him.

Saturday, August 26th
Tyler Blanton Trio
Vibraphonist and composer Tyler Blanton is becoming recognized as a rising star in the New York City jazz scene. Over the past five years, his work has received reviews by numerous major publications, including Downbeat, Jazztimes, Village Voice, and The New York Times. A native of California, Blanton has performed and conducted workshops throughout the U.S. and Asia. His 2010 debut album, Botanic, was chosen as a top album of the year by both Hot House Magazine and Village Voice's critic polls. Sunset Jazz in May: Full House 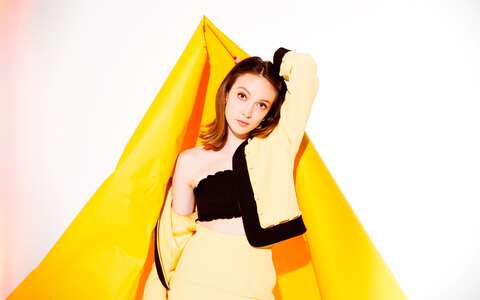