We chat with the UK's Little Boots before she DJs on The Rooftop at The Standard, Downtown LA on Saturday, October 21st.
THE ROOFTOP: You’ve been spending time in LA collaborating with producers. How does it feel to be a Londoner in Los Angeles?
LITTLE BOOTS: Well, I’ve been coming to LA a few times a year for almost a decade to work on music, so I decided it was finally time to make it official and move here permanently. I’ve always had a love affair with the city, so I couldn’t be happier. It's such a perfect environment to be creative and write and play music. But you know I really miss the Queen and tea stuff… 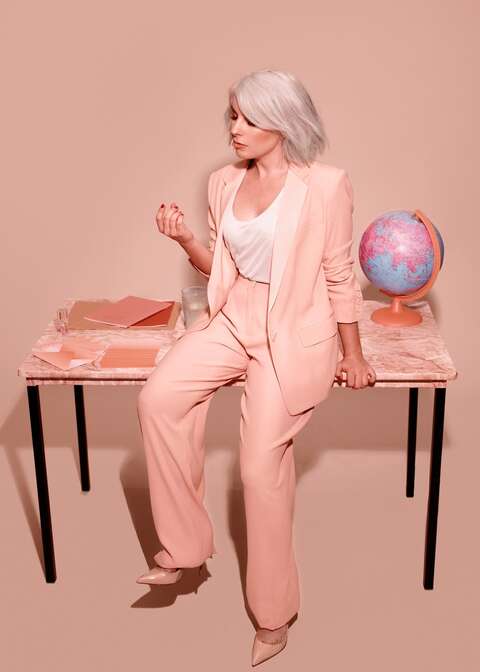 You went from UK pop princess to an ’80s "Working Girl." What’s your next transformation?
I’m actually just finishing up a new EP focusing on female talent, with much more of a dance floor direction than anything I’ve done before. I DJ so much these days so it made sense for me to move more into that sound. And I’ve always worked with so many male producers throughout my career, and until now only one female (Maya Jane Coles), which I realized was a ridiculous imbalance! So I tried to address that somewhat in my work process this time by working with women for pretty much the whole record, which has been really inspiring.

"I’m actually a real tech nerd and play lots of synthesizers and gadgets."

Your mix for Mixmag has reached 1.3 million views and counting. How does that feel?
Pretty great actually. Coming from a pop world, I’ve always been known as a vocalist and songwriter, but I’m actually a real tech nerd and play lots of synthesizers and gadgets, and DJing always felt like part of that for me. But it took a long time to get taken seriously. A lot of people constantly assumed I was somehow cheating or "just pressing go" or something similar, which was really frustrating. I don’t claim to be the world’s greatest DJ technically, but I love it and take it seriously and spend a lot of time selecting my songs, so for the Mixmag set to really take on such a life of its own and get a following was really important for me. I now get people coming to shows who may never have heard any of my songs from the first couple of records, but come up to me saying play this tune from the Mixmag set!

What’s coming up? Did you just collaborate with Brooklyn producer Lauren Flax?
Lauren is so talented and we have worked on a couple of tracks together on what we have coined "Acid Pop Music"! We debuted one of the tracks at the end of her set at Rhonda in LA the other month and it went down really well, so I’m looking forward to getting it out there soon. I find it really exciting to meet producers and DJs from a very left field world who are super open-minded and actually embrace pop hooks and melodies. I think the combination can make some of the most interesting music.

What’s your definition of "power-bitching"?
"Power-bitching" is something myself and a lot of my girlfriends working in the music and creative industry call each other. Its a term of endearment and support among us, but I guess if you want to dig deeper, its reclaiming the term "bitch" from something negative into a positive. Instead of being bossy or dominating, it actually just means standing up for yourself and getting the things you want done. So if we say, "She’s a total power bitch," it means she’s crushing it! Usually followed by a nail emoji…