• "The Premiere for [Lena] Dunham’s new HBO show, Girls, brought together the biggest names in both news media and comedy on Wesdnesday night, first at the show’s screening at the SVA Theater and then the Cinema Society-hosted after party at Top of the Standard Hotel." [The Hollywood Reporter]

• "With plates of charcuterie and cheese on reserved tables, guests such as Claire Danes, Chloe Sevigny, Gabourey Sidibe, former Real Housewives of N.Y.C. star Kelly Bensimon and the show's producer Judd Apatow fanned out around the circular room, mingling in the intimate space and taking in the panoramic views of the Manhattan skyline … At one point, Dunham headed to Le Bain, just across the hall from the main party space, where she chatted with Boardwalk Empire's Steve Buscemi, who was enjoying a plate of food from the nearby buffet." [People]

• "'Very well done,' Charlotte Ronson declared at the after-party ... where perfect tiny cupcakes were being presented at every turn—a nod to the show, in which Dunham's character has a thing for cupcakes. And eats them in the bathtub."[Style.com]

• Earlier in the evening, the cast and crew shared some "unfiltered moments" online. [Facebook]

• See who else was there! [HuffPo] 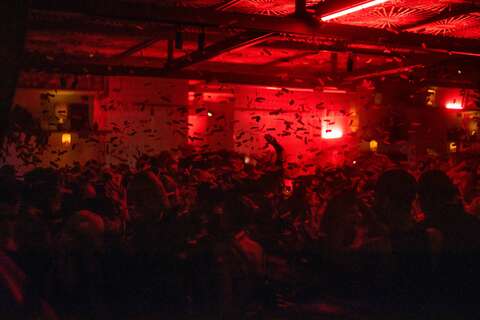