Ways of being in weird times from the shape-shifter, boundary-breaker, and all around guiding light.

The Toronto-born, Berlin-based electro pop-rock musician Peaches is an iconoclast of Bowie-esque proportions, and much of contemporary pop owes a debt to her career, which is less a discography and more of an ongoing art piece, complete with strap-ons, beards, and surrealist genitalia costumes. While constantly reinventing herself, the steadfastly avant-garde performance artist has been breaking gender paradigms and taboos, offending sensibilities, and attacking the collective consciousness for longer than many in her debt have been alive. In times of crisis, music shows us ways of being, and so we sat down with the grande dame herself to get her take on the polarizing socio-political issues dominating the zeitgeist with the hope of gleaning some wisdom. 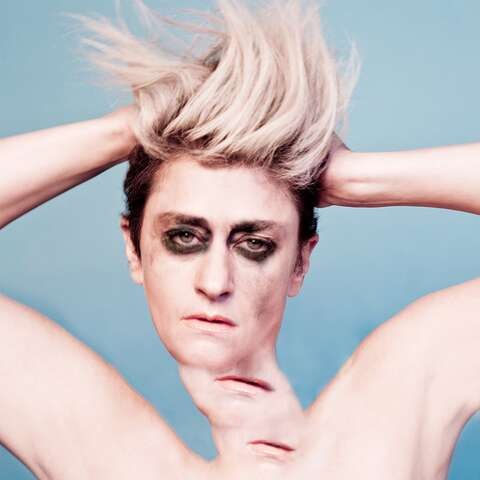 "I want them to see how I’m so human and raw on stage that it makes me a sort of a superhero."

THE STANDARD: Do you consider yourself an activist?
PEACHES: I definitely come from a place of wanting change and realization, but also want it to be fun and open. In the case of a lot of the women who I really admire, I perceive their art and activism as just angry, or I didn’t get the humor for whatever reason. A lot of people think that I'm too glib and comedic and over-the-top. I want to bring in the humor because I think it’s a fantastic way of sending a message, but I don't want it to just be that.

When you're on stage, what message are you preaching?
I make sure that I am not preaching. It's more modeling. This is what I do for me, and I hope you find your way into yourself. I don't want others to be like me. I want them to see how I’m so human and raw on stage that it makes me a sort of a superhero. 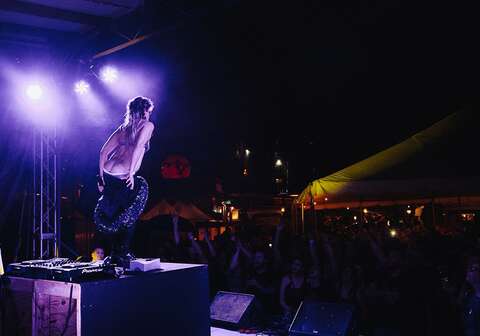 
What does the word “feminism” mean to you?
I just feel like we need to find a new language. I feel that way for a lot of words that are used to describe things, because they have their own attachments.

Like the word “gender.” What does it even mean anymore?
It doesn't even apply anymore. It is great that people are even discussing it at such a level. If you think about it though, those words were created to make distinctions, and now we’re moving away from these distinctions, which is great.

How do today’s politics play out in music?
We didn't talk about politics when musicians were interviewed five years ago. Even talking to me, they always asked about the gender fluidity because it was so much a part of my work. Two years ago, before the elections, people would ask me, “Don't you feel that what you've done—the work you're doing—that we’ve made it?” I would tell them: “Watch out, we live in a little bubble, we really do.” 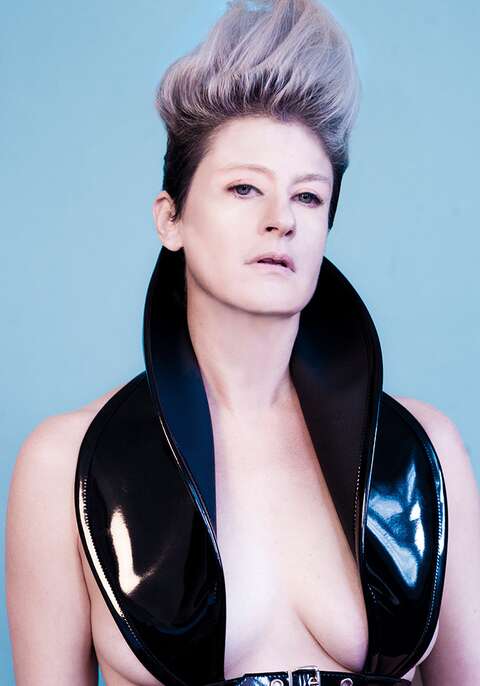 You were one of the first artists to publicly take on gender and sexuality norms.
For my time, it seems like I was ahead. It wasn't a very popular subject when I started. But when you look at writers or movements that go way back to Dadaism, for example, or Duchamp, or Louise Bourgeois and her grotesque, many-breasted creations—it's an ongoing discussion.

Did you face a lot of opposition to your music when you started out?
In terms of the industry, I was never really accepted. I will never be mainstream and it's not something that I aspire to be. But I regard what I do as having a mainstream formula.


If you knew somebody who erred on the more uninformed side of socio-political issues, where would you advise this person to go to become better informed?
You can't suggest anything, because I don't think they'll read it the right way. You really have to sit them down and try to have a conversation about it. If I can say one positive thing about Trump, it’s that he is so black and white about everything, so uninformed, and seemingly–or actually–not interested in most areas. It's not humanistic. But it's bringing out the revolution in people.

What do you think is behind all this hate and fear of anyone who is deemed to be different?
It is the fear of themselves and fear of the unknown…and the lack of education. There’s something they’re afraid of, so they cover it up with power. All I ever say and all I ever want is for people to be able to be who they need to be.