As Countess Luann sings: "Chic C'est La Vie" and what is more chic than NYFW? That's why The Standard, High Line welcomed chicness from everywhere when three shows and a star-studded party filled our hotel with "FASHUN," last week. Have a look at exactly what went down...
Every February and September, NYFW hits New Yorkers like the flash flood alarm on an iPhone: people running around headless complaining about how busy they are, how exhausted they will be and how much work they have done before the show-packed week has even officially begun. But NYFW is an amazing thing, not only for the city's population but also for its finances:

The Fashion Industry accounts for 5.5 per cent of the City's workforce, pays $11 Billion in wages, and generates nearly $2 billion in tax revenue annually. The City’s fashion industry employs over 180,000 New Yorkers, and the semi-annual Fashion Weeks generate a total economic impact of $887 million for the City. New York City’s wholesale fashion market is one of the world’s largest, attracting more than 500,000 visitors per year to its trade shows, showrooms and fashion shows.

We, at The Standard, welcome NYFW every season with open arms and various spaces for designers, editors and celebs to occupy while enjoying the latest trends from around the world.

This season, we hosted a star-studded GQ party as well as three shows: Matthew Adams Dolan, PH5 and Maria Cornejo.

If Chic is really life (Chic C'est La Vie), then The Standard, High Line had a lot of life, last week: both physically and metaphorically. Check out the evidence below. And until next season. 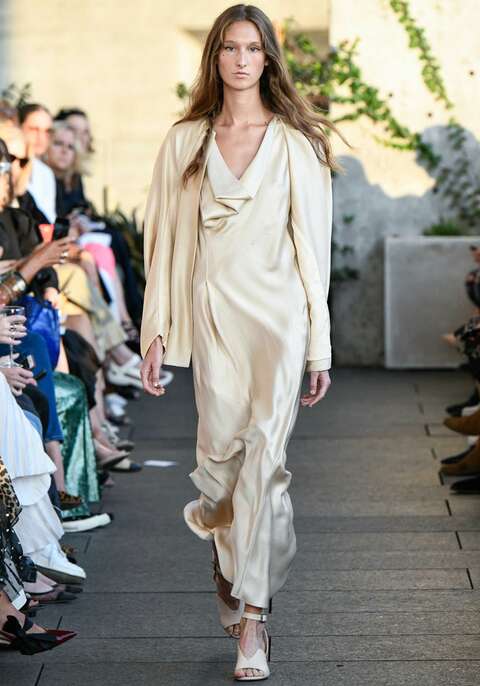