To the rest of the city, it may have been a regular Monday night — but paparazzi were already stalking the driveway of The Standard, London, awaiting the blacked-out cars that pulled up to deliver their guests into the iconic ‘red pill’ elevator. With the pop of a car door came a hail of bright flashes, and with good reason: hosted by Derek Blasberg, every inch of the LOVE x Youtube party was star-studded, promising yet another evening of stratospheric glamour on The Standard’s tenth floor. If, as Cathy Horyn recently concluded, fashion is entering a new aristocratic age, the attendees of the LOVE party certainly got the memo. Christina Aguilera and Daisy Lowe came finely feathered, like birds of paradise – the latter in plume-trimmed polka dots, and the former in a crested silver trench coat, a perfect match for The Standard London’s 2001: A Space Odyssey mood board. Karen Elson and Katie Grand opted for frocks fit for royalty, copiously layered with bows, ruffles, lace, and florals, while Dame Zandra Rhodes channelled gothic splendor, accentuating her black gown with interstellar jewelry and her signature shock of pink hair.  More Prince of Darkness than Windsor Castle, Dilara Findikoglu and her entourage struck us dead in striking red; one got the sense that they ought to be sipping mortals’ blood, not champagne. 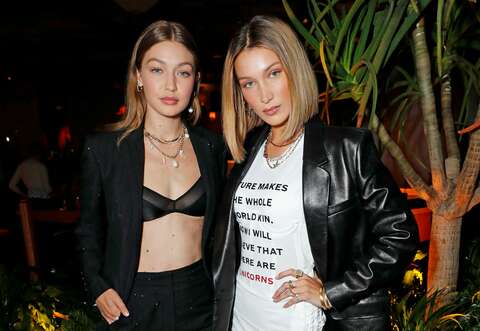 “A girl doesn’t kiss and tell,” purred Maxim Magnus when she was pressed on her fashion week thus far, dancing off coyly in snow-white eyeliner and a mink collar to the music of Jarvis cocker, who DJ'ed for the night. Secrets always make their keepers more alluring – which may be why, at a party to be seen at, so many guests toyed with anonymity, from Pam Hogg’s major-blackout shades to an unidentified figure’s full-face mask. Betty Bachz rolled up with her hood up, looking every bit the modern femme fatale in black lace trousers and a cropped, sequined hoodie. “There are always politics in fashion,” said Princess Julia, wearing custom NOKI that remixed Katharine Hamnett’s iconic slogan tees. “You’ve just got to see the subtext.” Sure enough, as guests kept refreshed with zingy CIROC cocktails of lime juice and mint, and servers magicked fire-roasted cuts from the Decimo kitchen to tables hungry for midnight snacks, we spied references to bygone rebellions, from head-to-toe tie-dye looks to revolutionary berets. Under a leather blazer, Bella Hadid sported a slogan dress optimistically reading: “Nature makes the whole world kin.” For Kendall Jenner, the LOVE party was the afters for Tyler the Creator’s gig at Brixton Academy. The model and mogul held court in silky blonde locks – which she debuted earlier that day on the Burberry catwalk – and a graphic print dress. Like her friend Gigi Hadid, who swanned in wearing a sleekly tailored look, bare-chested under garlands of irregular pearls, she was a picture of bold simplicity. Dhanut Tungsuwan, here for the fourth night in a row, sipped a ruby-hued Negroni and offered a concert review: “He’s got amazing energy, man.” Like Tyler’s, energy levels stayed high for the rest of the fashion week crowd, who stayed long into the early hours sipping Copper Dog whisky’s take an Old Fashioned. 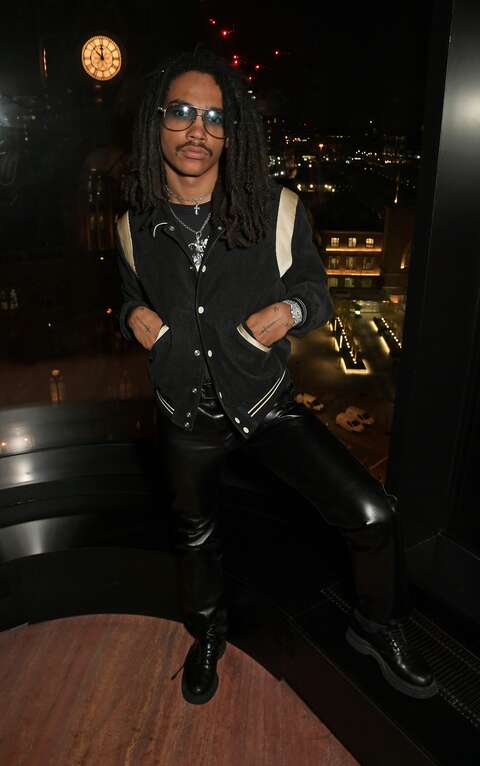 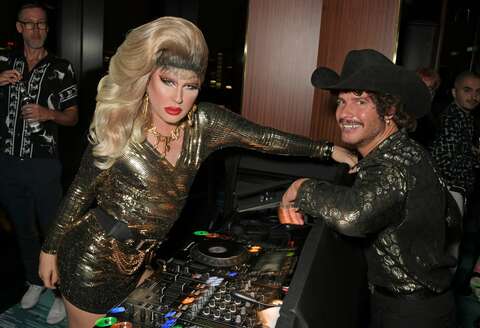