The Parisian DJ and producer shares his favorites records for summer in and around Paris before he plays Le Bain on Sunday, June 11th and The Rooftop on Saturday, June 24th.

ZIMMER:
"Lucio" by Luca C and Brigante feels like August in Paris, which is the best time to be in the city because everyone’s gone to the beach and it’s too hot for tourists. It’s an edit of the great Lucio Battisti.

"Disco will always be the music of the summer for me." –Zimmer

Another summer favorite: "Marche Nocturne" by Corine. It has a beautiful arpeggiator and the raw energy of italo disco. And the vocal’s in French of course.

"L'Amour Joue Du Violon" by Jeanette (Guido Edit) takes me back to the beaches of Calvi in Corsica straight away.
She used to sing in Spanish, but this one track in French is a true gem.

To conclude, here is another edit of a classic French track. I spent all my childhood summers in our family house in Ardèche in the South of France, and my Grandpa would play me Henri Salvador records. "Chambre avec Vue" by Henri Salvador (Supply Edit) reminds me of those chill afternoons walking in the hills and gathering apricots and mirabelles. 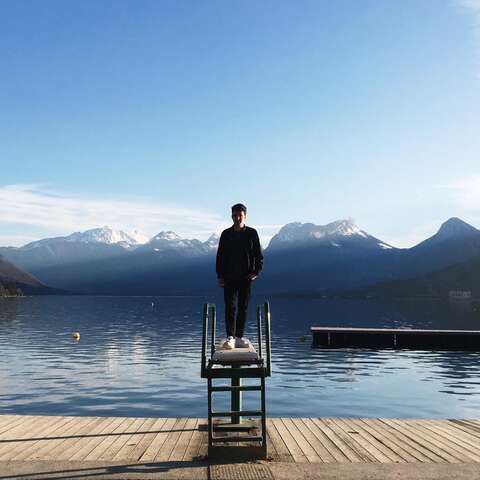