Before we celebrate the release of their record, Manchild (In The Promised Land), we chat with Chicago house legend Ron Trent and the multi-talented (music exec', DJ, supermodel and vocalist) Lono Brazil.
LE BAIN: Lono, tell us a bit more about you and let’s go back to the roots, your connection to Frankie Knuckles and Ron Hardy, the two originators of house music.
LONO BRAZIL: I met Frankie in 1979. My older cousin took me to the his club, the Warehouse. The experience was mind blowing. The music programming, the atmosphere, the sound system. Disco was everywhere, but this was different. It slowly transformed the landscape in Chicago. Since the club was small and private (a members-only gay club) not many got to experience it. I went to the Warehouse almost every Saturday until it closed in 1982. Then, being a devout Frankie Follower, I still never missed a Saturday at his new club, the Power Plant. 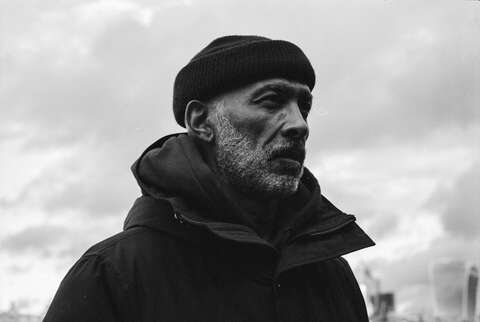 "The '80s itself was a decade of magic for Chicago." –Ron Trent

What about Ron Hardy?
LONO: Not long after the closing of the Warehouse, Robert Williams opened the Music Box and brought Ron Hardy in as resident. The two clubs competed, but the styles were very different. Frankie was more accustomed to playing a more smooth, sophisticated style as he evolved and Ron Hardy played a more raw, aggressive style, which in my opinion is directly related to the creation of the local style of music being made that became known as house music. I went to both clubs, but Frankie and I were closer and the crowd at the Music Box was younger and less sophisticated.

What were you doing at that time?
LONO: I started organizing loft parties based on the same concept as the Warehouse later in 1979 for straight kids on the southside of Chicago. In 1982, Ron Hardy and I became acquainted as I started to experiment with making tracks and he was starting to play this new experimental sound. Frankie was resistant to play the local stuff at first, but Ron embraced it. If you wanted to hear it, you had to tolerate the somewhat aggressive environment that was also a bit dangerous and seedy. I would go in the booth if Ron played something I’d never heard and ask about the tracks. He played cassette tapes as well as reel-to-reel on a Tascam. Edits and rhythm tracks. Everyone that was trying to make music was very influenced by what Ron Hardy was doing at the Music Box. 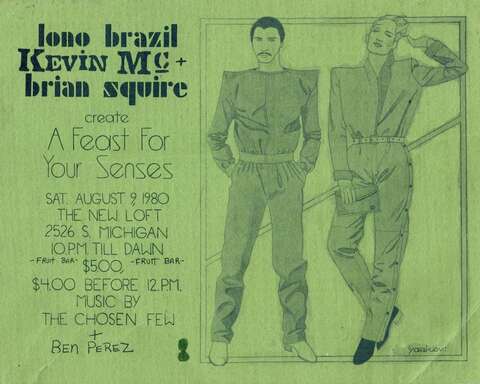 Lono Brazil's loft party in Chicago, 1980.
We’re talking about the mid to late ’80s in Chicago at the very beginning of house. Could you share one specific memory of that period of time in Chicago that illustrates how special and creative it was?
RON TRENT: Well, to be perfectly honest, the '80s itself was a decade of magic for Chicago. There really isn't one specific time I can reflect upon. You had a myriad of artistic output from unreleased underground music to edgy street fashion. Around 1987, house started to have international success but still maintained deep roots tethered to the sounds of the streets. As a young producer and DJ playing within the city, it was exciting. The possibilities were limitless because you could feel that there was something happening. House music was the soundtrack for a DIY culture raised on a urban level. Not to say it was for everyone, but if you knew how to gain access, it was like air...you needed it everyday!

"Everyone I knew was trying to make a house record." –Lono Brazil

LONO: Around 85, I met a guy named Jimi Polo who was in the group Libra Libra. Jimi owned a drum machine and a synthesizer keyboard. We started working together and then taught me how to program. We would take the tracks over to Frankie’s apartment on the north side to get guidance from him. Jimi went on to produce house anthem "Shake Your Body" which was originally a Libra Libra record but came out as a Jeanette JT Thomas Record. I think that was around '87. But in the earlier years, everyone I knew was trying to make a house record. A kid that lived down the street from me named Jere McAllister who was too young to go to the Warehouse used to come hang in front of my building on the block to hear Frankie tapes I would play and I would tell them about my experience at the Warehouse. Jere was one of the youngest cats signed to DJ International Records, releasing his first track in 1986 titled “Never Let You Down.” It was a young, innocent, and naive time, but the energy was infectious.

Tell us about how you two met and how you ended up producing Manchild.
LONO: Ron and I met in Los Angeles through Marques Wyatt. Marques pioneered the LA house scene with a club called DEEP. I credit Marques with bringing me back into the house scene when he started DEEP in 1999. He brought Frankie Knuckles to play his first party and I went. A few years later, Marques brought Ron out to play DEEP and he introduced us. Two years later, I was living between New York and Chicago and Ron had moved back to Chicago. He heard I was there, rang me up, we chopped it up, and continued to stay connected over the next few years. It wasn't until I moved back completely to New York that we found something to collaborate on. The result is Manchild (In The Promised Land).

The track started as a poem you wrote. Are the words a direct reference to the book by Claude Brown?
LONO: The book was about growing up in Harlem in the '40s and '50s and [Claude Brown's book] was one of the inspirations. It was a semi-autobiographical story of how growing up in major US cities in somewhat poverty-stricken neighborhoods can lead to your detriment. Or in some cases like mine, you escape wounded, but alive. It chronicles the coming-of-age story amidst poverty and violence. I decided to record some of my pieces for the purpose of a demo for voice-over work. My longtime friend, Stuart Matthewman (Sade's producer), recorded it. He thought it would work well on a house track and I immediately thought Ron would kill this! Since we are both from the south side, it just made sense. Ron really brought the poem to life. BBE Records signed it. I hope everyone feels the magic on the dance floor.

Ron, Can you describe your approach in terms of production?
RON: This was sort of a transatlantic production. Lono first let me hear his acapella while I was on tour and based out of Berlin. I was intrigued by the content, especially with the state of affairs going in America. The story he tells in poetic form speaks to a specific type of storyline that African Americans in particular have been facing for many years. So, I did one version in my satellite production studio I was building in my Berlin space and later did another one in my main studio in Chicago. The latter version being the one featured on the single out now. I have done quite a few pieces that involved poetry including remixing the great Jamaican Dub Poet Mutabaruka, so approaching Lono's piece was second nature. It took some time to cook up the right ingredients, but I do believe it was worth the wait.