We chat with The Voice of House before he DJs on The Rooftop for New Year's Eve 2019.
LE BAIN: You've lived in Chicago, Los Angeles, New York, London, and Berlin. Let's go back to each of those cities together, and obviously let's start with Chicago, where house music was born in the early to mid '80s. Looking back to that moment in time, how would you say Chicago house has succeeded in "Bringing Down the Walls"?  In other words, what is the greatest social and cultural achievement of house?
ROBERT OWENS: Its ability to connect individuals of all cultural backgrounds. From past to present, I've been blessed with so many amazing moments of pure love and unification. I am fortunate seeing this, sometimes weekly, traveling around the world and entertaining people in so many beautiful cities.

After Chicago, Frankie Knuckles asked you to move to NYC and you joined the Def Mix team. Tell us about 1992 in NYC, the year your record “I’ll be Your Friend” became a number one hit.
That was a nice moment in time, 1992. I was actually in Japan performing when I heard it was a vibe on the “I’ll be Your Friend” track. I did it in one year, before the hype, and forgot about it. It didn't come right out, so I thought no one liked it. Then I returned to New York after a tour and heard Frankie [Knuckles] playing it over and over at the Sound Factory. After dancing to it about four times, one of my friends said, “Fool, that’s you singing!” and I laughed and said “Damn, yes it is.” We could do a movie on so many beautiful moments in New York with friends and clubs from 1985 into our present day.

You left NYC for London in 1993 and you lived there through the ’90s. Early U.S. house music has been a huge thing for the U.K. scene. It really inspired a lot of musicians there and inspired a musical revolution. What did London give you?
I have always emphasized the importance of love and family. When you become a part of a situation, that’s what clubs, cities, and people give, and that's what they've given me throughout my entire career. Many beautiful surroundings have allowed to me be a team player in their environment. This may be because I’m one of those "papa was a rolling stone" kind of guys, and I love seeing people happy. 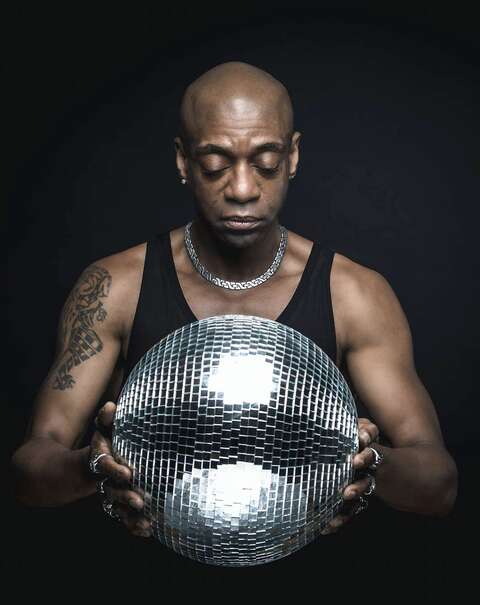 Berlin is now your current home base. The city is certainly at the center of the dance music world. What does Berlin tell you about the future of dance music?
I love Berlin. It’s a city that emphasizes what should be natural around the world, a view and life where you are free to be free, and to do what you feel without others judging you. You can peacefully do you in this city, and that makes it so special here. It’s one of the only places where a club opens on a Thursday and closes on the coming Tuesday morning. Gotta love that you'd never have to ask where your child is!

You lived in LA as a child, and you started singing in church gospel choirs there. Can you describe the influence that LA had on the artist you are today?
LA...that’s another movie! Big love for the city and people as well many, many beautiful memories about my time spent there. A big part of my church life was the Voices of Cornerstone! There was one moment there I had a wonderful time singing with them and hanging out friends there. Being a part of the gospel world showed me how to let go and let God take control of any worry or fear. It is really beautiful believing someone understands and loves you even in moments where you don’t love yourself. The church always takes me out of dark places, and talking to God gave me so much hope in good and bad times. The love and understanding of myself that I gained there remains in my heart always.

The interview was originally published in June 2018