NYC-based DJ and artist Luka Tacon shares his photo series titled "On the Road With the Wolf" that focuses on a road trip with his father before he returns to Le Bain with his gang on Friday, November 4th. "As we were pulling out of the East Coast, a haze of fog lifted from the forest after the rain." 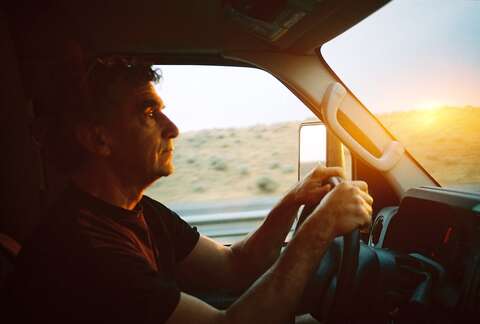 "The childish, hopeful glow on his face is excited by the setting sun. It warms my heart." "I took this picture of our truck from the deck of my brother's place. It's so beautiful and wild out there, and the colors are really something in late August. This photo just doesn't do it justice." "The fence and the color of the shrubs looked so beautiful in the setting sun light. It transported me to another time." "In the middle of nowhere, the man stays limber." 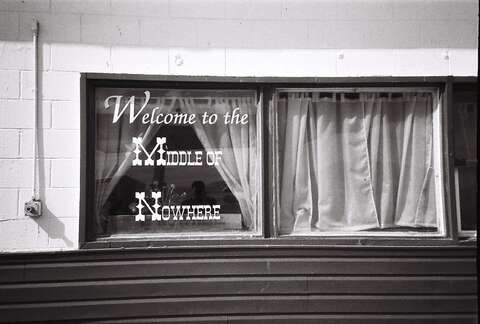 "Self-explanatory. At a gas station, they said their toilet was broken and there wasn't one for miles, but I think it was just part of the show." "We had stopped to pee and were both taking the same picture of a solitary tree in front of a never-ending cornfield. I turned around and saw this. I think I got the better shot..." "The only proper picture of myself from the entire trip. This was taken by my sister and photographer Kelly Turso behind a local farmer's market in Washington." 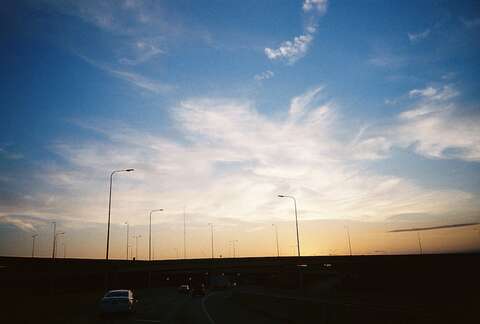 "I felt like the streetlights were reaching towards the great unknown, like a line of communication to some other universe." "I get such a strange feeling from this shot, almost like I'm looking at an outcropping of buildings on some distant planet in a galaxy far, far away." "I took this photo after I tried to get a picture of my dad getting our first hotel room key from the front desk. I came back around the corner and saw the moving truck slowly rolling through the parking lot and realized that in my excitement to get the picture, I had forgot to put the truck in park... I ran and just barely reached the truck before it hit any of the other cars in the parking lot."