Fresh from a winter tour in Africa (and beyond), Moma is back at the helm of his weekly residency at Le Bain, every Wednesday for Dance Dance Dance. We catch up.

You’re just back from East and South Africa: Addis Ababa, Cape Town, Johannesburg, Nairobi… That sounds much more inspiring to me than touring Europe, especially in January...
Africa is very exciting to me, I cannot deny that. It’s also quite warmer than Europe or the US in January so you don’t need to twist my arm to convince me to go!

Could you share one highlight for each city, so we go globetrotting with you? Let's start with Nairobi.
The venue where we held our Everyday People event is called The Alchemist and it is a one of a kind creative hub for nightlife, food and fashion in the heart of Nairobi. Its features include a booming sound system, some delicious street food, Kenyan designer shopping, an open-air cinema, a cafe, and a pretty solid wifi--gotta have wifi! The venue is outdoor yet covered by a big structure so rain is not an issue, it's perfect for an afternoon chill hang, a late-night dance vibe or anything in between.

Johannesburg?
Anytime I’m in Jozi you will most likely find me in The Maboneng district, one of my favorite parts of the city. It’s a very trendy cultural hub which reminds me of parts of Brooklyn and Downtown Manhattan, with all its galleries, cafes, bars etc. but it retains a very distinct South African flavor: the Sunday “Market on Main” is filled with African Crafts, South African clothing, collectables and some antiques too. I even have a favorite street vocalist who literally brings pedestrian and automotive traffic to a halt when she starts singing acapella. Everyone knows her there. She has the voice of an angel. 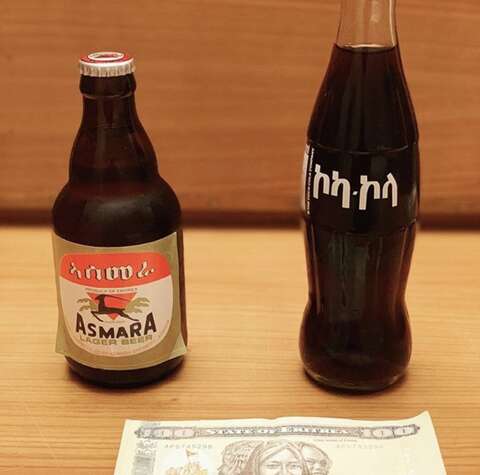 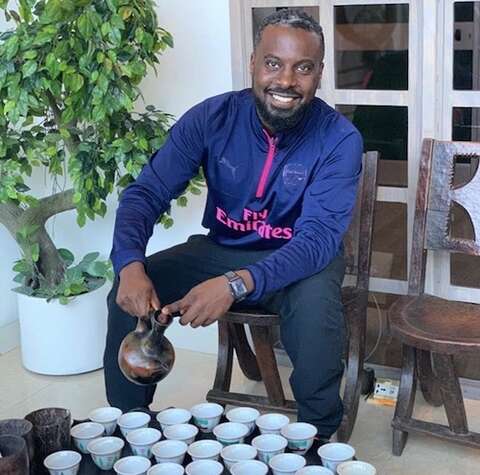 "There is a 150 BPM baile funk revolution happening in Brazil right now."

Cape Town?
Cape Town is simply breathtaking, certainly one of the most beautiful cities in the world. I could go on and on about hiking Table Mountain, hanging out in Boulders Beach with the penguins, feeding seals in Hout Bay... But one of the more remarkable things that stood out to me is a Korean “brai” restaurant named Galbi (“brai” is South African for Barbecue). The menu has your traditional meats for the grill such as lamb, beef, chicken, trout… but Galbi also serves some less mainstream choices like springbok, ostrich, kudu, warthog, zebra, blesbok and wildebeest. Out of respect for my Dance Dance Dance co-resident and celebrated vegan Mr. Eli Escobar, I am not going to elaborate on what I ate versus what I did not eat but the overall consensus was that the food was outstanding. Foodies, if you’re ever in Cape Town, I strongly recommend easting at Galbi... Provided you can live with the guilt of barbecuing half the cast of The Lion King!

Addis Ababa?
There is so much to share about Addis Ababa: rampant construction everywhere, large scale tech modernization, and a recent historic peace deal between Ethiopia and Eritrea, just to name a few major developments. On the music side of things, I was able to scratch an item off my all-time bucket list by attending Mulatu Astatke’s African Jazz Village at The Ghion Hotel. Mulatu Astatake is considered the father of Ethio-Jazz, which is a fusion of eerie traditional Ethiopian music with soulful jazz undertones and a serious Afro bounce. The African Jazz Village is a semi-weekly jam featuring Mulatu, his disciples and the many descendants of the Ethio-Jazz sound. If you’re ever in Addis Ababa, you should definitely check out the African Jazz Village on Tuesdays and Thursdays, and if you’re lucky Mulatu may even grace the stage and hop behind his vibraphone – he’s 75 years old now so he’s earned the odd night off!

The house and DJ scene is huge in South Africa. How do the Ethiopian and Kenyan scenes compare to it?
The house and DJ scene is South Africa is clearly on another level from anywhere else on the African continent. You could argue that it is on par with, or may even have surpassed, the top scenes in the US and Europe. Kenya, although not on the same level as South Africa, has a solid underground dance scene, as evidenced by The Noise On Demand DJ crew that we booked with us in Nairobi. Although Kenyans enjoy house and underground dance music, they also enjoy a variety of sounds in equal quantity: hip-hop, r&b, house, pop, dancehall, afrobeats, afrohouse and a healthy dose of local Kenyan tunes. The biggest East African act is an amazing Afro-pop band called Sauti Sol for instance.

What about Ethiopia?
It isn’t on South Africa’s level either but there are signs of growth in the underground dance scene. One can point to the emergence of a young dance music DJ and producer named Rophnan who is packing out venues and redefining the sound of Ethiopian music with his production. His sound may be too EDM-y for house purists but I'm excited to hear modern production techniques being utilized in Ethiopian music. It will be interesting see where he takes the sound of Ethiopian dance music in the next few years. Ethiopia is a country of 100 million people with 70% of the population being under 30, so he only needs to kill the game domestically to reach legend status. What’s the main inspiration that you’re bringing back from that trip?
It’s not so clear cut for me this year. In the past I have come back from Lagos with a bag full of afrobeats; from Jozi and Durban with crates of afrohouse and gqom; even from Bahia with tons of pagode and baile funk. I would then proceed to test a lot of those sounds at Dance Dance Dance and then, based on what would ring off at Le Bain, I would debut the sounds to a larger audience at Everyday People on the weekends. This year however, I don’t think my winter travels have uncovered new sounds per se: there is a 150 BPM baile funk revolution happening in Brazil right now – it is morphing into drum & bass slowly but surely – but as far as the African continent is concerned, afrobeats, bqom and South African house still reign supreme. My biggest inspiration from this trip is to take all those sounds and infuse them in my production while somehow trying to maintain that gritty NYC feel.

Studio is next?
Simply put, I need to spend a lot more time producing music. Thanks to my travels, I have a solid knowledge of the global sounds. I also understand what moves people in NYC and – between our parties Dance Dance Dance and Everyday People – I have the perfect laboratories at my disposal to experiment with the new music. So all the elements are in place, I just need to spend the time in the studio so I can get on Eli's level!

Before heading to Rio from Africa, you made in stop in Atlanta for a recording sessions with Dreamville...
Dreamville is literally a family affair. Ibrahim (aka “Ib” The President of Dreamville and J Cole’s manager) and Abbas (aka “Bas”) are my younger siblings. They’ve been friends with J Cole since he and Ib attended St-John’s University, up the street from our family home in Jamaica Queens, and I consider J Cole as one of my younger brothers more or less. Basically, if you rewind 10 years to 2009, you will find J Cole, Ibrahim, Bas and the whole Dreamville gang hanging out at my Monday night Good Spot party at 105 Rivington. I used to scold them about coming to the party 10 deep without any girls… but I would still tell the doorman – the legendary Henri Binje – to wave them in anyway! 10 years later, it’s amazing to witness their growth and all success they’ve achieved. And it’s been very rewarding and humbling to hear them refer to me as a musical influence and someone they respect. This past year I’ve had the chance to produce some records and remixes for various Dreamville projects so it made sense that they would invite me to the Atlanta sessions. How did the Dreamville sessions go?
In a nutshell, Dreamville took over a studio complex and invited their entire roster of producers and artists as well as non-Dreamville collaborators to come “cook up” for 10 days. There were so many people in attendance it was hard to find dedicated studio space. But eventually, once we carved out a corner in the live room, we had the opportunity to create some real magic. Swizz Beats walked into our session and came up with a hook on the fly, Masego hopped on the saxophone and started riffing, musicians started hopping on the keys or the guitar. It was actually pretty surreal when you think about it. We cut 3 or 4 records in one session. I don’t know if any will make the cut for the final compilation – over 125 songs were recorded over 10 days – but I’m happy I got the opportunity to vibe out and improvise with so many talented musicians.

Back in New York and every Wednesday night at Le Bain. It's been five years! How would you describe the evolution of the sound of Dance Dance Dance?
I would say that the core element is still intact, namely soulful and underground dance music. The past 2 years have seen us add a lot of afrohouse and afrobeats to the mix and I think we contributed to and benefitted from the growth of those genres in NYC. I think people are attracted to the party because they know they are going to hear current afrohouse. Gqom is a crowd favorite too so you can also expect to hear plenty of sounds from the Durban townships at Dance Dance Dance!