King’s Cross is known to many as a site of exchange; where people come in and out of London and, thanks to St Pancras International station, of the UK, too. However, the area’s history, and indeed mythology, is rich. Previously a village known as Battle’s Bridge, it was the site of a major battle between the Romans and the Iceni tribe led by Boudica. In fact, the Celtic queen is believed to be buried between platforms 9 and 10 in King’s Cross station (could this be a reference for J.K. Rowling’s choice of making platform 9½ the Hogwarts train entrance?). In modern times, King’s Cross has been the site of avant-garde film screenings, illicit raves, game-changing fashion shows and important civil rights work. Today, it remains an important cultural hub, home to the largest national library in the world, an exciting art and music venues, and world’s first gay-inclusive rugby union club. Here, we present nine things you need to know about this fascinating district of London.

From 1978 to 1993, King’s Cross was home to a movie theatre like none other: Scala, AKA ‘the cinema of sin’. The punk picture house screened everything deemed unsuitable for mainstream audiences: cult movies, horror, hardcore experimental and LGBT cinema. It’s here that people first encountered the work of John Waters, Russ Meyer and Ingmar Bergman, among others. And some of those people–such as James Marsh (The Theory of Everything), Christopher Nolan (Dunkirk)–went on to become filmmakers themselves. While it’s no longer a cinema, this building remains in use, as an exciting club and live music venue. 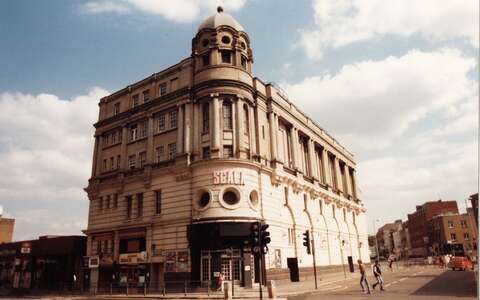 King’s Cross has ties to music, as well as cinema–it’s here that Shane MacGowan, Spider Stacy, Jem Finer and James Fearnley joined together to form what would become the legendary Celtic punk band The Pogues. It’s here, too, that the song King’s Cross on The Pet Shop Boys 1987 album Actually got its name. “Only last night I found myself lost,” the track goes, “By the station called King’s Cross.”

King’s Cross is also the birthplace of Switchboard, the UK’s oldest LGBT telephone helpline. Founded in 1974, in the basement of the bookshop not far from the station, Switchboard has offered the life-changing service of a listening ear to the country’s queer community for nearly 50 years. It helped support people through a press and police campaign that sought to shut down LGBT venues in the 70s; through the AIDS epidemic and ramifications of Section 28 in the 80s, and through the Admiral Duncan nail bombing in the 90s–and still continues this valuable work to this day.

The area has been a subcultural hub, too. It’s here, in the 1980s, among the disused warehouses of Coals Drop Yard, that London’s rave scene took off. Centered in four main venues–Bagley's, Billy Reilly’s bar, Fabric and The Cross–illegal, drug-fuelled raves took place, offering a hedonistic escape to a generation of young people growing up in Thatcherite Britain and through Blair’s Cool Britannia. 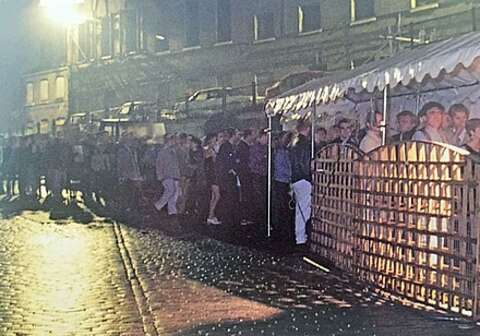 In 1994, then-fledgling designer Lee Alexander McQueen chose King’s Cross as the location for his Spring/Summer 1995 show, which was to cement his status as London’s most talked-about designer. Titled ‘The Birds’, the collection was inspired by Alfred Hitchcock’s film ‘Birds’, funnily enough, and featured jackets that The New York Times would praise as “nothing short of perfect” and a cut of trouser that would remain infamous to this day: the bumster.

King’s Cross is the new location of McQueen’s alma mater, Central Saint Martins, too. It’s here, over on Granary Square, that the next generation of fashion designers are busy learning their craft. Responsible for training the industry’s brightest talents, the college has an alumni that reads like a Who’s Who of fashion: John Galliano, Hussein Chalayan, Gareth Pugh, Riccardo Tisci, Sarah Burton, Phoebe Philo, Kim Jones, Grace Wales Bonner – the list goes on... Next door to King’s Cross station sits the British Library, which is the largest national library in the world, containing over 200 million items. It houses the Lindisfarne Gospels, two copies of the Magna Carta, William Shakespeare’s First Folio, the first printed edition of Geoffrey Chaucers’s Canterbury Tales, original manuscripts by Jane Austen, Oscar Wilde and Lewis Carroll, and much, much more. 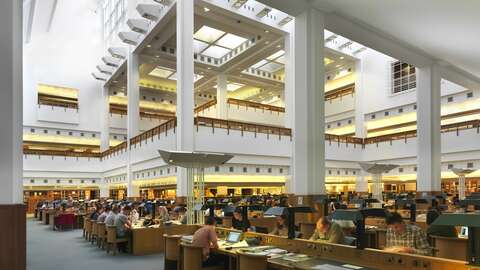 As well as The Pogues, King’s Cross is where the world's first gay-inclusive rugby union club, the Kings Cross Steelers was founded in 1995. Formed in the Central Station gay club, the team were at the forefront of making rugby union a more inclusive sport–the group are still active to this day, along with 60 gay inclusive rugby clubs around the world.

The King’s Cross area is also home to over seven art galleries, including the Gagosian, Britannia Street which specialises in modern and contemporary art. In the past it’s featured exhibitions by everyone from Jeff Koons to Cy Twombly, Ed Ruscha and Howard Hodgkin, among others. The gallery’s next show, opening in May, focuses on British conceptual artist Michael Craig-Martin, whose work explores “the relationship between objects and images, perception and reality.” 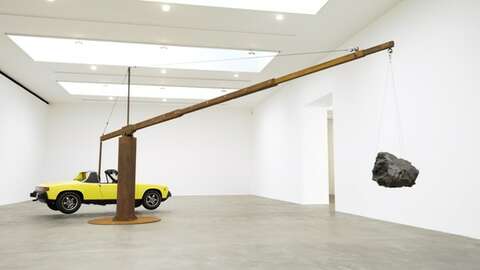 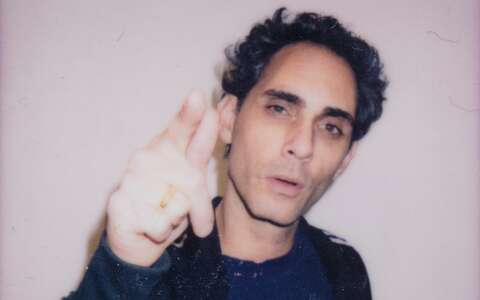