Longtime Standard pal Tony Arcabascio is the kind of guy you want by your side in a street fight. He also happens to be the guy you want designing the books for your publishing imprint—which is one of the many projects he’s done with The Standard over the years, including Cheryl Dunn’s forthcoming Festivals Are Good for Standard Press.

In 1999, Tony co-founded the sneaker and apparel company Alife. Its headquarters on Orchard St. served as a hub for a cross-section of the Lower East Side creative scene: artists, photographers, actors, musicians, sneaker-heads, skaters, and graffiti kids. Once a month, Tony and his partners would move the merchandise out of the way, stock up a cooler, and everyone would roll up, spilling onto the street and into the back yard.

Of course, that was a different time—pre-smartphones, pre-9/11, pre-Brooklyn-as-we-know-it. These days, Tony works out of a Soho penthouse filled with artifacts of his earlier years as a scene-maker, break-dancer, creative connector, and trendsetter. But don’t get Tony started on New York nostalgia. Die-hard New Yorker that he is, Tony would never badmouth his beloved city. In short, he’s one of those classic New York characters—the kind that make NYC what it is and always will be…while cursing every third word. In the midst of launching a new creative endeavor, and making his Instagram debut, Tony took a moment to tell us about 10 things that are still great in the “new” New York. 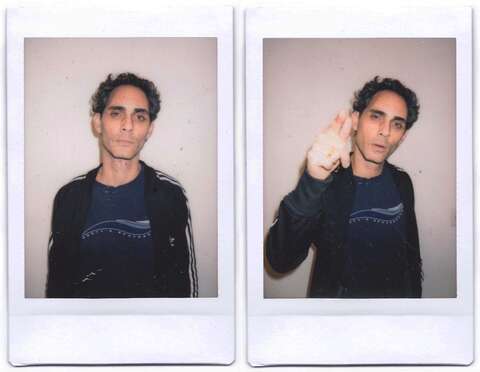 I can definitely cry about how I miss the ‘old’ New York from years ago, but then I’d be like everyone else my age or older. Instead, I’d rather talk about what I love about the “new” New York, at the age I’m at right now.

#1. Everyone, from every corner of the world eventually comes to us here in New York. We don’t ever have to actually leave. If your job requires you to travel for work at some point, I can guarantee that New York is somewhere on your list at least once a year. And New Yorkers love to host. We’ll always have a lot to show off.

#2. It doesn’t matter how cleaned up and safe the city has become, New York will always have a little bit of that rough and dicey stigma attached to it. And I’m ok with that. Because when I do have to travel on occasion, once I mention I’m from New York City, I immediately get respect—they know they’re not about to get over in any way.

#3. At 45 years old, I can still walk around the city sticking up stickers and taking the occasional tag. No one even looks twice at the harmless older guy walking to and fro carrying a bag and getting up. People in New York have other shit to worry about.

#4. We definitely have more of those high end, $20-per-drink spots on every corner, but there’s still no better city to get a $2 beer in a bag and sit on any stoop, fire escape, or park bench for the best ‘people watching’ in the universe.

#5. Better yet, the “new” New York doesn’t require you to actually appear in court to pay your summons [beer ticket] like they used to. In the new New York, you can just mail it in—it’s like $20—the cost of that drink in one of those fancy spots.

#6. Panhandlers are starting to work for their money a bit more in New York. I’ve been seeing a lot of fresh musicians and dancers taking to the streets more these past few years. It’s actually where I find all my best talent for any of the events I throw. They’re cheap, super appreciative, and go way above-and-beyond expectations.

#7. A lot of my old friends who were nobodies in the old New York are now art stars, and I get to go to their gallery and museum openings, fancy dinners and events in their honor. Oh, and if someone has something to say when my young daughters decide to do cartwheels near a painting while waiting for dad to finish a conversation, I can just tell them "Relax, I’ll have the artist make a new one if something breaks."

#8. The subway still runs all night. Is there any other city in the world that has mass transit running 24 hours? I don’t think so.You can always get a ride in New York City. Shit is always moving.

#9. I walk everywhere, and try to take a different route each time. Even after all these years, I always find a new block that I haven’t walked, and even if you do take an already traveled path, shit never looks the same twice.

#10. At the end of the day, old or new, New York City will always be the leader and the capitol of the world. Sorry if you can’t handle that, but we have the best of everything. We have the most of everything. And we are what everyone in the world strives to be. Yeah, parts of the city smell like piss, and you can’t leave your front door unlocked, but without risks and pain there’s no gain, right? New Yorkers know that. That’s why we’re willing to deal with the bad, because the good outweighs all that shit. New York City will always be the top of the food chain.

And now a few of Tony's favorite artifacts... 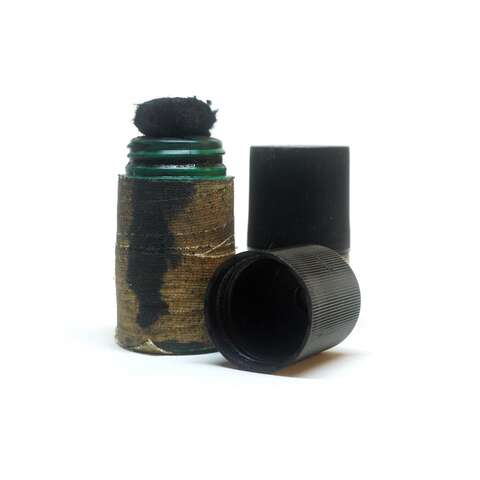 "FROM 7TH TO 12TH GRADE, THERE WAS ALWAYS ONE GOAL THAT WAS CONSTANT FOR ME ON THE FIRST DAY OF SCHOOL... GRAB AS MANY NEW/CLEAN CHALKBOARD ERASERS AS I COULD. WHY? TO MAKE HOMEMADE MARKERS. THERE WAS NO GOING TO A STORE TO BUY A MOP BACK THEN, YOU HAD TO MAKE ONE. YOU GRABBED YOUR MOM’S ROLL-ON DEODORANT, CUT THE BALL OFF, DRAINED IT FULLY, ADDED THE FELT FROM THE ERASERS YOU JUST TOOK, AND DRENCHED IT WITH INK. INSTANT THICK DRIPS. THIS ONE WAS THE FIRST I EVER PUT TOGETHER..." 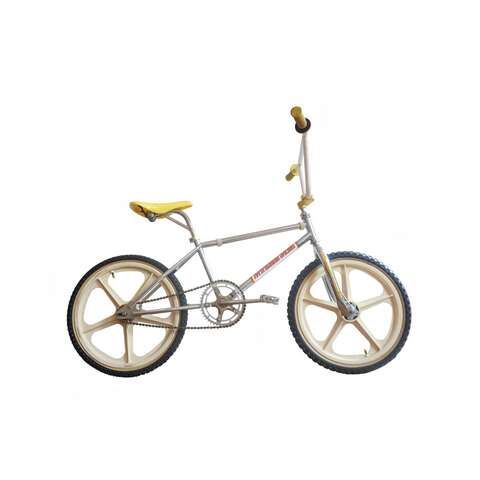 "MY BMX BIKE FROM 1983. PATTERSON RACING. I WAS 12 YEARS OLD AND IT TOOK ME ALMOST A WHOLE YEAR TO PIECE TOGETHER. I USED TO MAKE AROUND 30$ A WEEK DELIVERING NEWSPAPERS, AND EVERY OTHER WEEK I’D HIT UP A DIFFERENT BIKE SHOP AND TRY TO BUY ONE MORE PART." 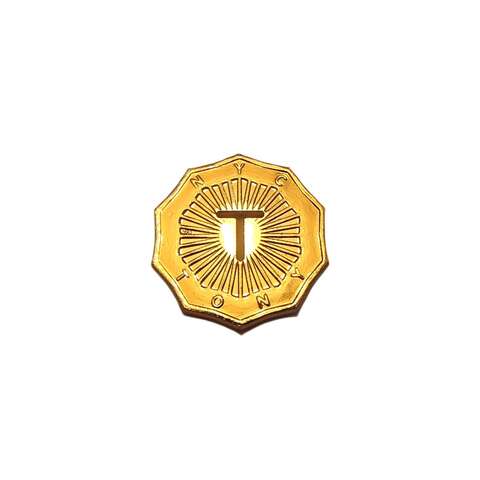 "A SOLID BRASS COIN I DESIGNED WITH MY BOY THOMAS AND HAD SEWN INTO THE BACK POCKETS OF A LIMITED RUN OF ‘SLIM TONY’ JEANS. YOU COULDN’T GET TO IT [UNLESS YOU TORE INTO THE JEAN], BUT IN TIME, AS THE DENIM FADED, IT’D REVEAL ITSELF. I STILL HAVE A FEW EXTRA OF THESE THAT NEVER GOT PLACED OR SEWN IN. IF YOUR NICE AND NEED ONE, ASK ME THE NEXT TIME YOU SEE ME." 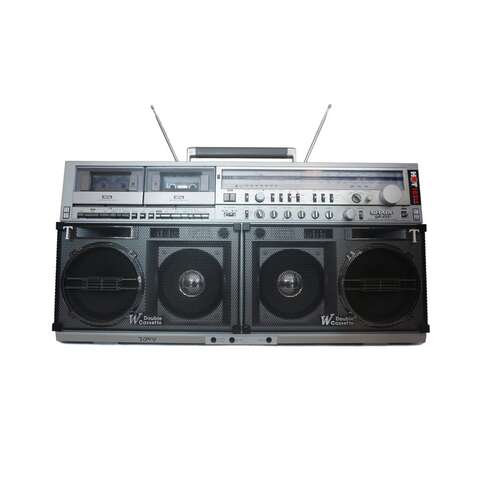 " THE SHARP 777. BOUGHT THIS WITH MY PAPER ROUTE MONEY WHEN I WAS IN 8TH GRADE. NOTHING BEAT THIS BACK THEN, OR NOW. IT IS THE BIGGEST, BEST LOOKING, AND MOST ADVANCED BOOM BOX EVER BUILT. 10 D BATTERIES [THAT WOULD ONLY LAST ONE NIGHT], REMOVEABLE GRILLS, DOUBLE TAPE DECK WITH AN AUTO SEARCH BUTTON THAT COULD SKIP SONGS ON TAPES AND GO TO THE SONG OF YOUR CHOOSING [LIKE A FUCKEN CD], ECHO EFFECT, SEPARATE SUB WOOFER DIALS, ETC..." ROSTARR Rises to New Heights on the Roof of The Standard, High Line 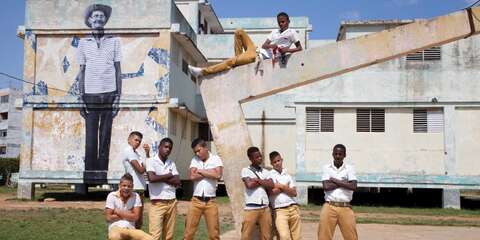