When German prog-rockers Kraftwerk traded in their guitars and drums for synthesizers and sequencers in the ‘70s, they changed music forever. Songs like “Trans-Europe Express” and “Numbers” showed the world how alternately stiff and soulful, minimal and melodic robots could be 30 years before Daft Punk donned their helmets.

In Detroit, Kraftwerk’s futuristic, precise sound had an even more profound impact on the city's middle class teenagers coming of age against a backdrop of bleaker modernity. In Detroit we find a young Juan Atkins, who along with Derrick May and other future-thinking high school kids, deejayed their own parties, made their own records and founded their own labels, ultimately giving the world Detroit techno. Atkins is widely considered the genre’s godfather. His raw, robotic classics “Alleys of Your Mind,” “Clear” and “No UFOs” from thirty years ago still embody the timeless future-retro of electro-techno at its purest and most inspired, while his most recent project, last year’s Borderland, a jazz-scaped techno project with Moritz von Oswald, shows Atkins is still vital in techno’s still-evolving future. We sat down with Juan to talk about the influence of Kraftwerk on his career and creating techno:

HOBEY ECHLIN: Talk about the first time you heard Kraftwerk.
Juan Atkins: The first track I heard was “We Are the Robots” around ‘79 or ‘80, when [Electrifyin’] Mojo played it. I was really more of like a P-Funk fan, and disco funk was really happening at the time, and that track just cut against the grain. It was very mechanical sounding. I was starting to make my own music, but I didn’t know about sequencers and keeping stuff on beat. Hearing things that exact and pristine piqued my interest.

What was the audience like in Detroit for Kraftwerk at the time?
Me and Derrick [May] had this sound company called Deep Space where we’d put on parties and deejay. Other cities I don’t think had high school kids doing these kinds of social clubs. We were like these inner city preppy kids, you know, like Izod shirts and docksiders. We’d play ballrooms in office buildings. These weren’t nightclubs. “Pocket Calculator” was a real big hit in Detroit. It was a really weird tempo so you couldn’t mix in or out of it. You just had to drop it in the middle and peak out and everyone would go crazy.

Tell us about seeing Kraftwerk back then.
The first time I saw them was in 1981 at a club in Detroit called Nitro. I wasn’t 18 yet so I had to borrow an ID from someone in line to get in [laughs]. It was the most exhilarating experience I’d ever had. It was so different, such a departure from the whole idea of a ‘band.’ There were no guitars or drums. Just these electric panels.

What’s your favorite Kraftwerk song?
Pocket Calculator. It epitomizes everything they’re about.


So how do go from playing high school parties to creating techno?
I made my first record was “Alleys of Your Mind” when I was 17 years old [as one-half of Cybotron]. I wanted to something that was going to last. I didn’t really think about, it just felt good. There used to be this cafe that we knew Mojo went to on his way home from the radio station. Derrick knew the place because he’d go there to play videogames, like Galaga and Defender. So one night he waited for Mojo to give him the demo tape. We called him and he invited us to the station to talk about the tape. I remember we sat down in his office, it was really dark, he had these dreadlocks so we couldn’t see his eyes, and he had a record already playing when he put the tape in. He just said, "If your music makes me take this other record off, that means it’s good." He turned off the other record and told us if we pressed the record, he’d play it, and that was the first release on Deep Space.

You’ve played with Kraftwerk a bunch of times. You did an after-party when they first did these philharmonic shows in New York at MOMA a few years ago. Talk about meeting them.
Actually the first time I met them was at the Tribal Gathering in the UK, like in the mid-90s. We had a Detroit tent, and they had a Kraftwerk tent right next to it. I talked to Florian [Schneider]. He told us one of their biggest influences was James Brown.

Are you excited to play LA again?
Yeah. I used to live out here in the Valley like 15 years ago, but I haven’t played here in a while. I think the last time was a few years ago. I played this real underground spot downtown where you entered through a convenience store, through the aisles and everything, then through a door to the space.

What can we expect from your set this time out?
It’s what I’m playing every weekend all over the world: the latest, hottest techno. I like music, I like musicianship. I play tracks where you can feel the groove as opposed to just beats and noise. Like I play “Treehouse” from the Borderland project I did last year with Moritz von Oswald. But for this show, yeah, it’ll probably be a healthy dose of Kraftwerk too.

On Wednesday, March 19 at 9PM, Juan Atkins will be DJing on The Rooftop of The Standard, Downtown LA. RSVP to DowntownlaRSVP@standardhotel.com. Follow Juan Atkins on Twitter here.

Hobey Echlin is a DJ at The Standard, Downtown LA, West Coast Contributing Editor at Paper Magazine, and contributor to Rolling Stone and OC Weekly. Follow him on twitter here and check out his Soundcloud here. 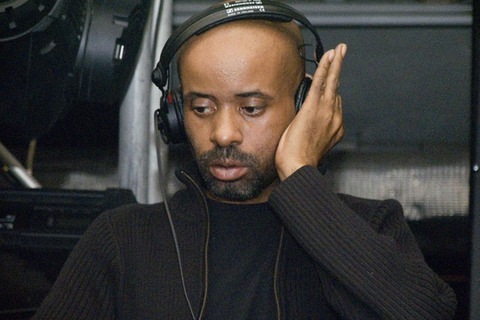 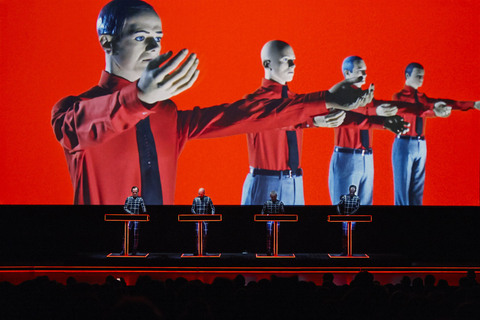