If you know anything about Miami, you likely know about this city’s loud, proud Cubans. But if you’ve never visited their cultural stronghold within the 305, you’re missing out on some of the best food, music, and sightseeing around town. Located a hop and a skip beyond downtown, Little Havana has always been the epicenter of Miami’s Cuban culture (and of course, it’s a key Cuban enclave for the country’s exiles to America). On the neighborhood’s main drag, Calle Ocho (or Southwest 8th Street), you’ll be as figuratively close to Cuba’s capital as you can get in America without converting to Cuban pesos. The dividends for exploring it loom large. Viva, asere. If you’re thinking of going to Little Havana to get a Cubano sandwich, that’s fair. Most people associate them with Cuban food. But if you want to try the sandwich that those who live in this neighborhood love and cherish, give the humble frita a shot. It’s essentially a burger made with a spiced beef/pork mix (and sometimes some chorizo) with a massive mound of shoestring fries on top smashed into some buttery Cuban bread. It sounds simple, but it’s a brilliant mixture of economy and greasy greatness. Since 1976, El Rey de las Fritas, a hole-in-the-wall in a strip mall, has been the best place in Little Havana to get a frita. 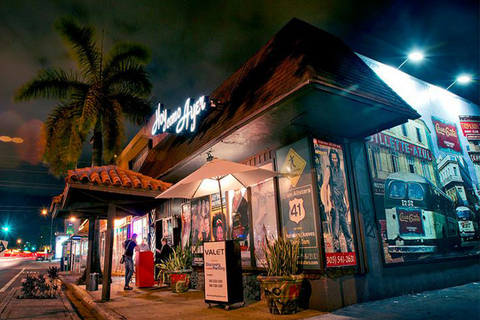 What Studio 54 was to disco and CBGB was to punk, Hoy Como Ayer is to salsa and Latin funk. The great atmosphere comes from low ceilings, low lights, and wood-paneled walls sprinkled with photos of Latin music’s biggest names. On any given night, you can find some of those names (or at least members of the next set of faces that will be on those walls someday) performing. If the measure of a great music venue is the ability to walk in on any given night and see a world-class act, Hoy Como Ayer is one of the greats. Nights here go until 3 a.m., and so do their stellar Cuba Libres. Check the schedule to see who’s playing before you go, but Thursday nights with the Spam Allstars are usually a reliably good time. 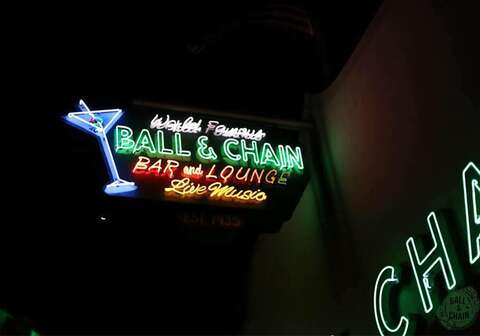 Ball & Chain has been operating as a den of iniquity in Miami in one form or another since the 1930s, and it has changed hands many times over the years. But after undergoing a hi-def renovation and re-opening in 2014, it has finally turned into a reliably great music venue with very good and sometimes very strong drinks and an indulgent menu that, unlike those in so many other music clubs in this city, isn’t an afterthought. Neither is the decor, which includes a jaw-droppingly beautiful pine interior that’s part of the building’s original foundation. Come for the looks, but stay for the party—and the banana daiquiri. Given the expanse of religiously old-school, institutional Cuban dinettes in the ‘hood, opening a brand-new Cuban sandwich shop in the heart of Little Havana with an innovative menu like the one Alberto Cabrera devised for Little Bread might sound a bit sacrilegious. It definitely is, but sacrilege can be a revelation into itself. Starting with fresh-baked Cuban bread, the menu here covers the traditional and expands on it. A Cubano is topped with pork belly, rillettes, and grain mustard, giving you the Paris via Havana. You should also give the turkey-and-berry sandwich (the Elena Ruz) a shot. You’d never guess that it’s a sandwich with Cuban origins, but then again, you’d never guess that an incursion into Little Havana’s traditions could be as successful as this one. Since Miami is a city with numerous Latin influences, you’d be right to assume that it has its fair share of incredible Mexican food. However, the top-notch stuff has somehow remained elusive here. That’s fine because, Mi Rinconcito offers not only some of the best Mexican food in town but also some of the best eats Miami has to offer. The strip mall locale, neon sign, and cantina-style accents should be indicators of what’s to come, but their cochinita pibil, house-made tortilla-chips, sopes, and queso fundido are all the proof you need. The best way to experience the most Cuban elements of Little Havana is by taking a walk down Calle Ocho and strolling right into Maximo Gomez Park—but don’t call it anything other than Domino Park. This is where los veteranos and the de facto mayors of Miami’s Cubans gather to smoke cigars, scatter the park’s trademark red-backed bones (also known as “fichas” or yuma), and talk about the news of the day over some intense games. Don’t worry—you won’t be the only onlooker, but only the truly daring will attempt to jump into a game. However, the rules around here are slightly different. Show up with them committed to memory and you might win the respect of those at your table even if you don’t win the game. Cubans love their ice cream like they love their coffee. Both are sweet, rich, and, most importantly, cultural celebrations unto themselves. In Miami, there’s no better ice cream than that offered at Azucar, a Cuban-owned ice cream parlor in the tradition of Coppelia, Fidel’s state-controlled ice cream parlor. However, Azucar isn’t controlled by Fidel, and its ice cream is only made with all-natural ingredients. Unlike Coppelia, they also have more than three flavors. If you’re lucky, you’ll visit on a day when the seasonal specials are in full swing. The Guarapiña (sugarcane and pineapple) isn’t to be missed, nor is the Mamacita (orange blossom and almond) or the Zapaticos de Rosa (rosewater). Situated right next to Azucar, this is the place to go in Miami if you want an entirely Cuban cigar in all but name (and legality). The people here don’t just know what they’re talking about when it comes to cigars; they also know how to enjoy them. They provide giant leather lounge chairs, complimentary Cuban coffee, and open-‘til-midnight neighborhood pile-ins during Calle Ocho cultural nights, which are held on the last Friday of each month. As far as American cities go, Miami’s past is as colorful as the candy-painted Lambos that now line South Beach. HistoryMiami is the best place to take all in all that history. Formerly known as the Historical Museum of Southern Florida, the 75-year-old Smithsonian affiliate’s approach to telling its namesake city’s story is whip-smart, human, and, as far as trips back in time go, patently engaging. It’s not a hot Wynwood gallery or a neo-Miami modern art repository, but, it’s the a must-see among the cultural institutions here, offering the kind of distinct collection you won’t see anywhere else. Even though its opening is a while off, their upcoming Hurricane Andrew exhibition will be one of the best exhibits in the country next year. Cubaocho is a museum, venue, and outdoor nightlife spot all rolled into one place. It’s a requisite stop for any Latin artists of note who come through town, not just because the bar whips up outstanding mojitos but because they’re often found in the hands of America’s elite Cuban exile intelligentsia and artists who reliably show up here. The museum claims to be the largest private collection of Cuban art in America that you can see as a member of the public. If you want any more cultural immersion than what you can get here, you’ll have to take the next pond-skipper to Havana. How to Spend Ten Days in the Maldives