Kicking off the first of our brand spanking new series, we wake up at The Standard, High Line with actress Fiona Xie aka Kitty Pong in the John Wu-directed Hollywood adaptation of Kevin Kwan’s best-selling novel Crazy Rich Asians.

“Waking up” is only relative especially when you spend most of your time in the air. Breakfast at sunset? A stroll down the hall way at sunrise? For jet-setting Singaporean-born actress Fiona Xie, who first made her mark as one of the island nation’s best-known actresses and television hosts before she made her foray into Hollywood in 2018 as Kitty Pong, in the critically acclaimed film adaptation of Kevin Kwan’s Crazy Rich Asians directed by Jon Wu, a role she is set to reprise in the sequel China Rich Girlfriend - waking up at The Standard, High Line was a journey in itself. Set as the backdrop for dancing in the rain on a tennis court, attending an after party at Bendel’s and a show at the Apollo, we wake up with Xie against an epic view of the Hudson River - with GoPro in hand, she invites us in to a world of her making in a room view at The Standard, High Line.

Fiona are you ready?

Before going to sleep, you…?

Favorite time of the morning?

It’s time to eat! Breakfast, eat your heart out!

Favorite time of the night?

The long quietness of the night, probably 4 am when it’s lonely.

What do you wear to sleep?

First thing you do when you wake up? 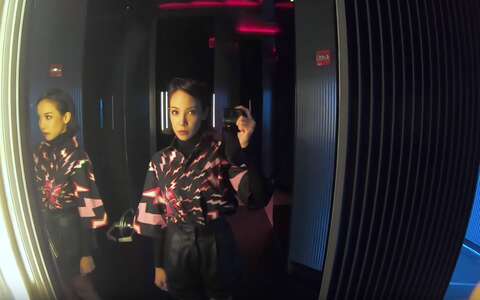 My bleeding heart of gold. I’m too soft, like runny eggs

Most memorable thing about The Standard, High Line

Being high on the sights, just taking in the entire view. There was a moment for me at 5 pm when the lights were just magical, like the color of cotton candy and I just felt like I was in love. What do you love about New York?

The sounds! Have you heard? Everything is honking, the city is pulsating and the beats, there’s always something going on,  something is moving, something in the veins of this city.

What do you love about Singapore?

If you could live anywhere in the world, where would you live and why?

I already do, I live on the airplane where the air is thin, the food is free and I get to wake up in different cities all the time.

If you could be doing anything right now, what would it be?

Hmm, do you really want to know?

What characteristics do you most identify with in Kitty Pong?

If you were a food, what food would you be and why?

If Kitty Pong were a food, what would she be?

Durian! Have you seen durian? It’s a Singaporean fruit, it has the same hair as her's [Kitty Pong's], the higher the hair the closer to god. It’s a very pungent, a cream brûlée texture fruit that you don’t want to mess with, she’ll prick you. 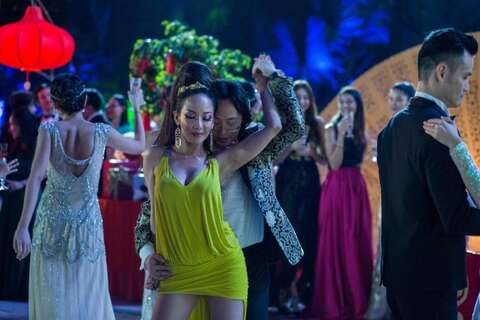 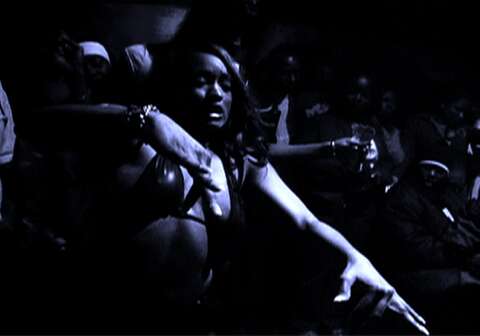 The Making of Hood By Air CEO Leilah Weinraub’s 'Shakedown' On Set with Phoenix