STANDARD CULTURE: Hollywood Reporter summarizes Eden (which you co-wrote with the director, your sister Mia Hansen-Løve) as "the rise and fall of the Parisian DJs who didn't become Daft Punk." Is it a good pitch?

SVEN LØVE: Probably, yes, in a way… Although, a clarification: it wasn’t my goal to become Daft Punk. I had less ambition than that. And it wasn’t every Parisian DJs goal. All we wanted was to enjoy the music, the DJ life: travel, dance, have some fun. Still, we were all friends, and the difference between Daft Punk's huge - and cleverly elaborated - success and our small niche music and parties became more and more obvious with time. The film is trying to capture those moments when our paths separated, and the consequences.

Could we turn that pitch around and say that Eden chronicles the rise and fall of the Parisian DJs who believed they would change the world one dance floor at a time"?

It’s true we were dreaming that our music would be a vibrant thing, to federate the clubbers of the world under the same vibe, a warm feeling of love and understanding for each other. We were hedonist.

You have been very involved in the movie, not just in the writing, but also in the making of it. Does it close a chapter in your life - the 'DJ' chapter?

No chapter is ever completely closed. I certainly don’t have the same expectations now, nor the same approach, but I still enjoy doing the DJ thing from time to time. My life went in some other directions, for sure, but that was already in process when we started writing the script.

What were you feeling when you watched the movie for the first time surrounded by people in a movie theater?

It was a very intense experience. Actually, I was focusing on hearing the moments when the crowd laughed, because I was curious to know if they would laugh at what I thought was funny!

Some of Eden takes place in New York. You shot at PS1 and Le Bain. How important was New York in the story and in your life?

New York is where it all started for me. My first big music thrill was in a club in New York. Also listening to Tony Humphries spinning on Hot 97 Kiss FM in the 90s. So New York is my musical roots, my shelter. I visited very often at that time, and an American friend, Adam Scott, introduced me to all the right places (and the best music). Coming back to New York for the film, starting with the location scouting, then the shooting, and finally the screening of the film and the party – it was all very emotional for me.

The movie has France buzzing and it received very good reviews. While it is nostalgic for the 90's - its hedonism and the pre-Internet times - it seems that Eden resonates with young generation. Do you agree?

I think the younger generation now, in the Internet era, has access to all this information, all the music, and they’re very curious. Maybe they feel that this moment of hedonism – the 90’s - was something very different from their own era, and they want to know more about it - also feeling that the music had something very special, spontaneous, uplifting, something that is missing in the music of today.

This Saturday, we will celebrate the premier of the movie at the New York Film Festival and you'll be DJing at Le Bain with Tony Humphries... which makes me think: what if the party is not over? Don't you think writing Eden brings you back to this French Touch 90's motto, something like 'Follow your dream and the rest will follow'?

It’s a different motto. More reflexive. But the party is not over, and never will be. We opened the gates in our youth to something that will stay for ever. It’s the music, the passion, the love. The curiosity. 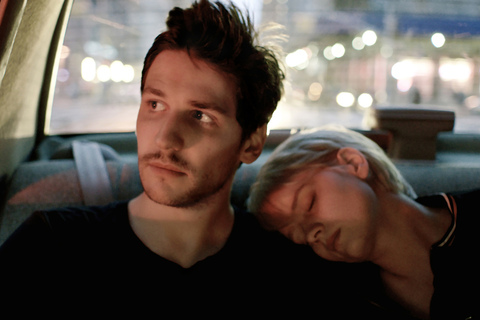 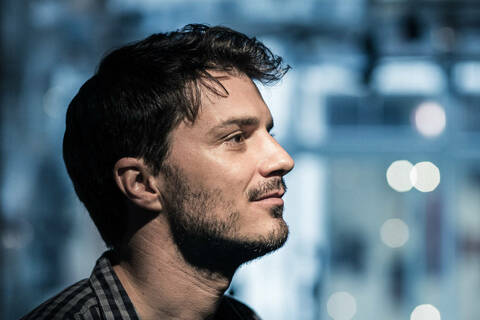 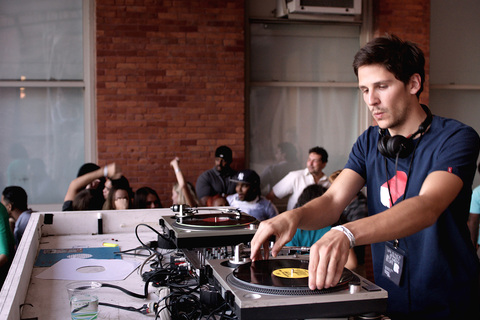