For the past few months, we've been swandiving ear-first into SOUNDS. For a slightly different perspective on the auditory world, comedian Negin Farsad explained her relationship to that most-precious of commodities: laughter.

Comedian Negin Farsad knows a thing or two about sound. It’s how she measures her success…and sometimes, the lack thereof. In her experience as a first-generation Iranian American in a post-9/11 world, she’s used the sound of comedic success—laughter—to combat intolerance. Read on to see what she has to say, and for more with Farsad, check out her new book How to Make White People Laugh, her award-winning documentary The Muslims are Coming, and her upcoming film 3rd Street Blackout. I’m a comedian by trade, all thanks to the fact that for a certain period of time, I didn’t turn down a show. I’ve spent a fair amount of time in your typical theatres, clubs, and lounges. I’ve also spent time on random stages set up in the back of bars, convention halls, hotel conference rooms, parks, rallies, parades, and churches (yes, I’ve talked about dating, sex, politics, and poop…in church). I got my fix where I could. Because I didn’t say no to a gig, I’ve had some exceptional shows…but also some disastrous ones.

Being a comic isn’t a tidy job. It’s messy. Its full of ups and downs and sideways spinning teacup rides. It’s full of bombing, killing, murdering, tanking, and slaying. It’s not for the faint of heart. You will be dumped upon more than you can possibly imagine. And when you’re praised, you’ll assume the person doesn’t know what the fuck they’re talking about. You’ll just wait for the next time you’re dumped on again because being covered in shit starts to feel normal. I don’t do comedy for the sound of heckling, like that one time when I performed in Edinburgh and a room of 200 drunk Scotsman kept shouting about how impressed they were with my rack. I mean, thank you, but also, gross. To drunken audiences everywhere: Why don’t you leave the observations to the gal with the microphone? I also don’t do it for the sound of inattention, like that one time I performed to a room full of 125 screaming children and their 250 parents who were running after them. It was like performing to a room of Amber Alerts all sounding at once.

But the thing comedians really hold onto is the sound that comes right before the laugh—the sound of silence. That song was supposedly about the comfort Paul Simon felt in the dead of night. But for me, it’s about the possibility that silence holds. It’s pregnant with laughter, or booing, or…more silence. For a comedian, that silence is equal parts terror and opportunity. You better be doing something to elicit laughter in that silence, or else you’re not doing your job correctly. What if that silence sticks? What if the audience doesn’t want to let go of their silence? What if their silence is like an epic constipation that no amount of laxative will relieve? You just keep plowing through that silence until you get that release. You twist and contort, you turn yourself into a dancing monkey, you do ANYTHING to get to that laugh, because prolonged silence may have been comforting for Paul Simon, but it’s the pits for a comedian. The risk of prolonged silence is the gamble a comedian takes every time they go on stage, but without the silence, you’ll never experience laughter. And there’s nothing like it. 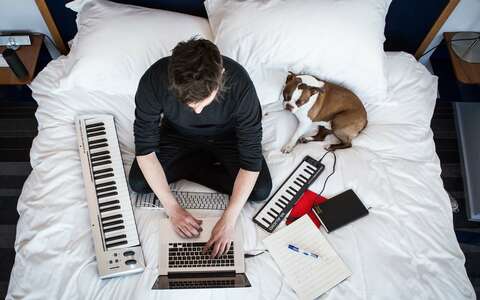 Checking In: Composer Nico Muhly at The Standard, East Village 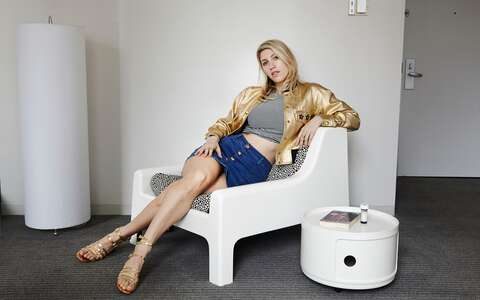 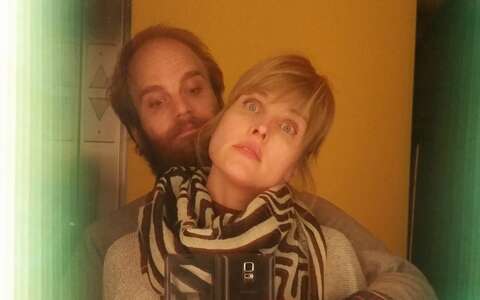 Bubble Baths and Weed: A Work Sesh with “High Maintenance”