To say that Nico Muhly is a ‘New York City-based composer’ doesn’t do justice to the full scope of his activities. While music is very much his occupation—see: 2011’s Two Boys at The Met, film scores for The Reader and Kill Your Darlings, string arrangements for everyone from Björk to Grizzly Bear to Usher—it’s the swirl of thoughts and words and music that defines Muhly's nature. He always seems to be at work on multiple musical projects while keeping up nonstop conversations with friends and followers, and a running commentary on topics both high and low—a recent day of social media included thoughtful reminiscences of the recently deceased composer Boulez and an aside about mistaking a Kinkos for a Duane Reade. As such, it becomes necessary at times for Muhly to sequester himself in his home city to focus exclusively on writing, as he did recently at The Standard, East Village. In addition to letting us drop in for a few photos, we asked him to tell us what it is about a well-appointed hotel room that’s particularly conducive to the writing process. 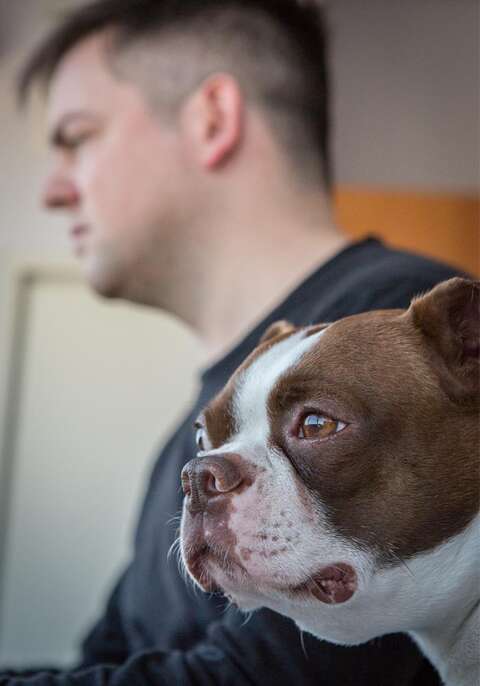 Writing music in a familiar place can be wonderful, but it can also create a sense of complacency. It’s just as easy to work as it is to not work, and it is just as easy to fall into some small domestic project (I’ma re-organize all the spatulas! Who put this egg beater in this drawer?  How do you change the light in the freezer?). A modern hotel is, in that sense, an ideal environment for creative work: there are a countable number of objects in one’s sight. A vigorous sub-economy of tipping keeps housekeeping at precisely the right distance, a luxury impossible with the normal people blowing up my phone and doorbell.

I spend a lot of time writing music in hotels. Half of what I write is by hand, in a little notebook, and the other half is on the computer, with a keyboard (for music) and a keyboard (for typing). And despite recent technological innovations (“you can hook your laptop up to the TV screen in the hotel!”) it still requires a certain amount of MacGyvering to really get a setup that makes creative sense, even if the ergonomics are a little janky. What I’ve learned is that all furniture in hotels is subject to change. With a little effort, you can reärrange an entire room to suit your needs. If we assume that the bed and maybe a dresser or closet are fixed, everything else can be combined for maximum workspace. The ironing board becomes a desk extension, a side-table becomes a keyboard stand, the blotter on the desk gets banished to the closet, the fanned magazines on the table get put atop the toilet. It’s about creating a heavily streamlined version of your normal reality: instead of whatever art that adorns your walls at home, you bring a little cherished postcard. Instead of the complex layers of domestic smells, you have the anonymous and productive hint of a clean, well-kept room.

A few weeks ago, I was in the middle of setting some old English folksongs for children, which is an ideal size of thing to be writing in a hotel — just a few lines of vocal music and a piano merrily accompanying. I addressed myself to The Standard, East Village, and scurried, through some slightly dark corridors and sexy elevators, to a room with a gorgeous view. The desk, however, was at the world’s most oblique angle to that view, so I immediately set out re-designing all the angles such that I could look at some manuscript paper, look at the computer, and then, for a visual break, look out over the East Village, Alphabet City, and the river (and Brooklyn and Queens) beyond.

It’s important, I think, to have visual distractions when writing, but nothing that requires a commitment longer than a glance.  If you stay in a hotel in Paris or somewhere extra picturesque, sometimes the temptation is to throw the windows open and recreate the entire first five minutes of Beauty and the Beast (Provincetown Edition). From the remove of the 17th floor, there is no such temptation: one surveys the landscape fondly, but at a distance. 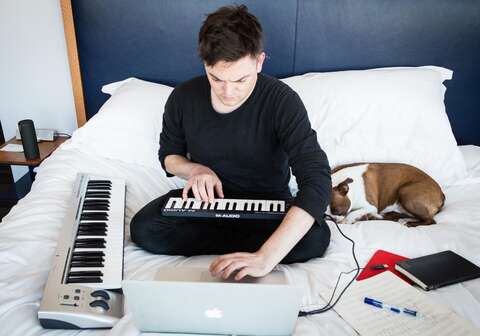 Despite my resistance to cluttering up a new space with familiar objects, I totally brought my dog with me! He is a little smoosh-faced Boston Terrier called Óskar who travels well. Having a dog in a hotel is a thing of great beauty: every new piece of furniture is a potential friend and playmate. He’s not sure if the bed is his bed, quite, and defends it half-heartedly, bouncing up and down and biting at the air, until he settles down, sighs, and becomes available for five seconds of affectionate scratching once every ten minutes. As the sun sets, the light over the East Village becomes lambent and imbues my work with a certain anxiety. I’m sure I can finish this song before nightfall and its attendant temptations. 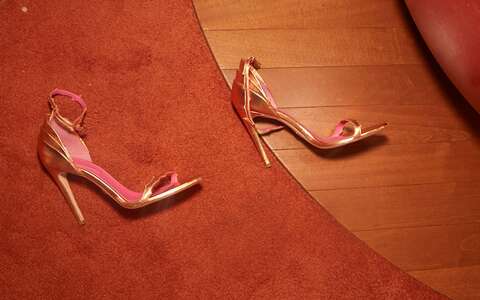