A couple months back, we invited Chrysta Bell to take the stage at Top of the Standard to celebrate the release of her new EP, Somewhere in the Nowhere. Since we loved it so much, we decided to have her back, this time for a two night run in addition to bringing along special guest Stuart Matthewman. Her dreamy, dark album was written and produced by David Lynch, her longtime collaborator, and if the new video for "Beat the Beat" is any indication, the show should be spectacularly Lynchian. And be on the lookout for her new album produced by John Parish (of PJ Harvey fame) out this spring.

Before she takes the stage, our music maven Annie O talked with Chrysta Bell about her upcoming full-length album and the Twin Peaks revival.


ANNIE O: I'm sure you have been asked this more times than you can remember, but please humor us—How did your relationship with David Lynch start and how did he end up producing and writing your album with you?
CHRYSTA BELL: I met David through a wonderful talent agent at CAA named Brian Loucks. After meeting me and hearing me sing, Brian had the intuition that David and I would get along and work well together musically, so he set up a meeting with David at his recording studio in Hollywood Hills. Brian’s intuition was spot on (he’s actually pretty famous in the industry for connecting artists as potential collaborators who would otherwise never meet), David and I had beautiful musical chemistry. We wrote our first song together the day we met.

Tell us a little bit about your new EP, Somewhere in the Nowhere, that you collaborated on with David. Are there any tracks that you can't wait for audiences to hear?
I think the title track is really strong. It’s cosmic/apocalyptic/hopeful/dream time/sexy pop style.

Your music video for "Night Ride" is, well, so sexy. Can you reveal a little bit about its inception and the message behind it?
The video was 100% conceptualized and styled by the director Joseph Skorman, who also stars in it and happens to be my fiancé. That chemistry is nonfiction, but I don’t actually consume zombie blood on a regular basis. I was curious to play a darker character. Usually I’m in more ethereal worlds, so this took me to a different realm.

It seems that you've been incredibly busy. A little birdie told me that you have another album coming out soon produced by John Parish of PJ Harvey fame, and you are going to be in Twin Peaks next year. Can you let us in on what it was like working Parish?
The new record produced by John Parish is coming out in early 2017. Working with him was truly a joy and a dream come true. He is such a fine musician and talented producer. Finding someone to follow David as my producer was not easy for a number of reasons. You introduced me to John Parish, we had a great connection, and the next thing I know, he’s signed on to produce the record. We recorded in Bristol earlier this year and the record has some killer guest artists like Adrian Utley of Portishead and Geoff Downes from Yes and Asia. I feel very fortunate. And Twin Peaks next year as well. Showtime is predicting the second quarter. It’s going to be a serious 2017. 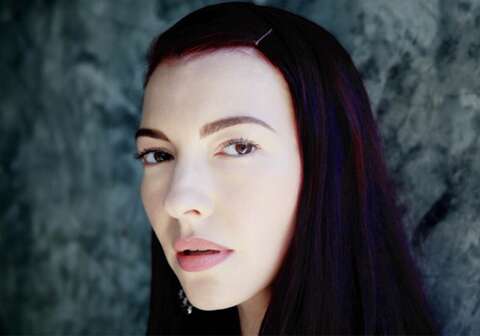 Photo by David Lynch
Are there any specific go-to tracks you have on repeat right now?
Adanowsky's "Amor Sin Fin."

You currently reside in San Francisco. When you visit New York, what's your favorite thing to go do, take in or eat in the city? Do you have any travel rituals?
I love to connect with the artists I know and create something in the time that we have. This trip, I will be connecting with Camilla Staerk to make content for an exhibition at Milk Gallery next year.

You've already collaborated (multiple times) with David Lynch, which is many people's dream. Is there any other artist with whom you would love to create art?
I would love to do a film with Wong Kar-wai.

What can we expect from your performance at The Standard, High Line?
Cosmic, dreamy, contemplative, sensual, apocalyptic.

Chrysta Bell will be featured in the new Twin Peaks set to premiere on Showtime on May 21st.
She was recently featured in the trailer offering the first glimpse of the new and returning cast. 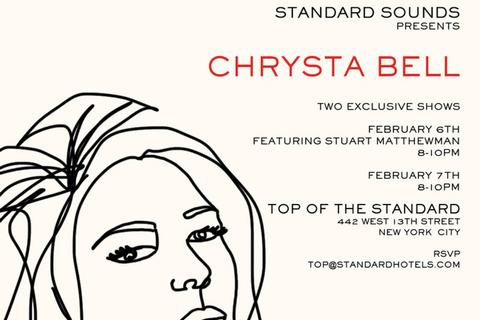