Ethereal and enchanting songstress Chrystabell returns to us on February 13th for a performance at Top of The Standard. As a muse and close collaborator of David Lynch, the filmmaker has said of her: "What comes out of Chrystabell reminds me of a light blue songbird with extended wings, and a shining beak." Before taking flight at her show next week, Annie O spoke with Chrystabell about the release of her latest studio album, recent move to New York, Twin Peaks, and new projects for the year ahead.
We hear that you have moved to New York. How did that come about, and how do you feel here?
I have always enjoyed spending time in New York, of course, but had never considered moving there. But then something happened -- it was like a calling, clear and undeniable. As if the stars were aligning and the spirits conspiring to get me there! I am still traveling constantly, but [the more time] I spend in New York I just fall more and more in love!

You toured in Europe last year with your last album, Time Never Dies. Can you tell us which countries you were in?
This time we had performances in Russia, Greece, Italy, Bulgaria, Poland, and Austria. We had a ball, as always. The Time Never Dies Tour marked my 15th international headlining tour. It blows my mind to think about that!

You are collaborating with Marc Collin and Nouvelle Vague on an album of The Cure songs. Are you doing all the vocals? How many songs are included?
Nouvelle Vague usually uses several singers on the albums, but in this instance, I am the only vocalist for the project. I am not exactly sure how many songs will be included on the final version, but we recorded 15 tracks in Paris last year. I really love the arrangements and instrumentation that Marc Collin came up with as well as the song choices. I think the project has a very special quality and will be well received. My mom heard it and she really likes it! 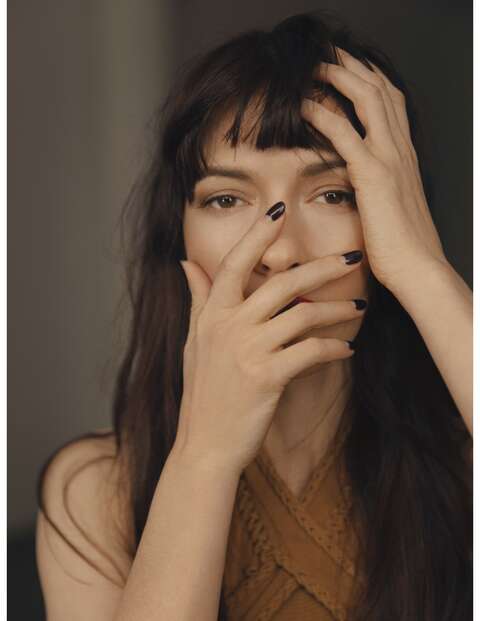 You have been invited to perform in Memphis this April for the Twin Peaks 30th Anniversary at the historic Graceland. Are you looking forward to it?
I am so excited about Graceland! I have never been, and to go under these circumstances is absolutely thrilling! Most of the people who [saw me in] Twin Peaks: The Return only know me as an actor. I look forward to being able to share my music with them as well.

I'm sure you get asked a lot about David Lynch and your collaboration, but is there any chance of a new project together in the future?
A girl can dream!

What are you listening to these days?
Benjamin Clementine, Moses Sumney, Tamaryn, Weyes Blood, and Otis Redding.

What can we expect from your show at Top of The Standard on February 13th? And who will be your band?
This gig will be dreamy, sultry, bluesy pop with songs off my last 4 albums. My killer trio consists of Jennifer P. Fraser on bass and Dion Lunadon on guitar.