Our East Village music maven, Annie O, talks to Matt Simons ahead of his show for The Annie Music Series at The Standard, East Village Penthouse on July 31st. 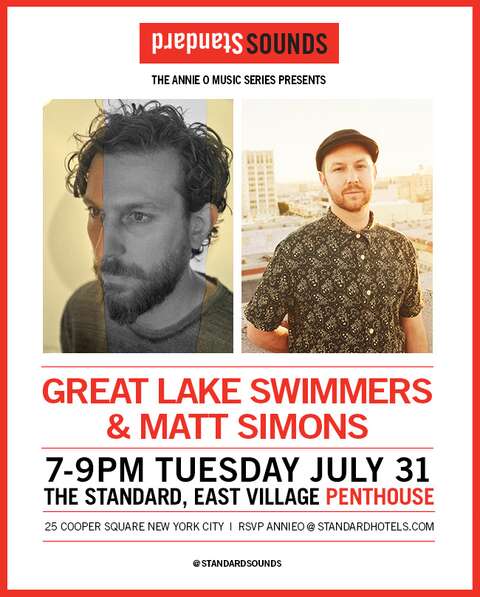 ANNIE O: Where are you based these days?
MATT SIMONS: I live in Williamsburg, but end up spending about half my time over in Europe.

Tell us about your single ”We Can Do better” and the idea behind it.
“We Can Do Better” is based on conversations I had with my girlfriend (now fiancée) about weighing the benefits of getting better. It seemed like so many stories of marriage end in heartbreak and/or unhappy relationships. Ultimately, we decided to give it a shot and get engaged anyway.

Tell us a bit about the recording process for your new body of work. What can we expect?
So far it’s been a year-and-a-half-long process, from writing the songs in early 2017 to putting the finishing touches on the album. I’m super excited to get this music out into the world, and I really feel like it’s my strongest effort to date (if I do say so myself).

You seem to be doing very well in Europe. How did that happen, and can you walk us through the history?
It all started when my song “With You” was featured on the most popular primetime Dutch soap opera. The song ended up going viral around The Netherlands and landed the #29 spot on the sales chart for the year. After that, a remix of my song “Catch & Release” went #1 in a bunch of different countries, and I’ve been able to travel and tour those places ever since.
What can we expect from your show at The Standard, East Village?
I’ll be playing a 30-minute solo set on keyboard. It’ll be some of my old standbys, and I’ll probably throw in a few new tunes as well!