On Monday, September 19th, 17-year-old YouTube sensation Hailey Knox ascends to the Penthouse. Annie caught up with Hailey to hear about her recently-released debut EP, A Little Awkward, and how she's getting ready to go on her first tour with Charlie Puth. “Give me the guitar and I’ll give you the truth" is one of your lyrics from your song "Take It or Leave It." Being that you're only 17, are people often surprised by the straight talk you give them in your music? Do you find it easier to express yourself through music?
I definitely find it easier to express myself through singing and creating music. Every song on my EP A Little Awkward touches on the struggles of teenage life and creating songs about these topics was a lot easier than having to discuss them. The EP talks about relationships, feeling of self doubt, and trying to become your own individual.

You got discovered and developed a huge fan base through YouTube and the live streaming platform YouNow. What do you love most about using the Internet as a way to get your music out there and show the world who you are?
I love Younow because I get to interact with my fans (Hailiens) one-on-one and they get a sense of my personality. It's as if I'm hanging out with a group of friends! It’s so cool that people from all around the world can tune into my broadcasts and watch me perform.

It was just announced that you're going to be joining Charlie Puth on tour this fall. What are you most excited about? Are you nervous at all?
I'm really excited to perform my music and travel to all the amazing venues! I am a little nervous because this is my very first tour, but am so psyched at the same time. I still can't believe I'm going on tour with Charlie Puth! I'm a huge fan.

Regarding your single, "Geeks," can you tell us a little bit about when and where you wrote it and the inspiration behind it?
"Geeks" was written while I was in my junior year of high school. Throughout school, I found myself spending time in the music building playing guitar instead of socializing. Every Friday, I traveled into the city to write with my team, The Dreaded Us, and we began building on the idea that we all have a little geekiness in us and soon "the geeks will inherit the earth."

Who would you say is your biggest vocal influence?
A lot of artists have influenced me vocally. I grew up listening to Ingrid Michaelson, Corinne Bailey Rae, Beyoncé, Justin Bieber, and Stevie Wonder. I love so many genres of music and they've all influenced me in different ways.


Are there any specific tracks you're currently listening to on repeat?
I've had Frank Ocean’s album on repeat. Some of my favorites on Blonde are "Self Control," "White Ferrari," and “Siegfried." I also am a huge fan of Jon Bellion's new album, The Human Condition.

You started writing music at an early age. Can you remember the first song that you ever wrote and some of the lyrics?
One of the very first songs I wrote was on my little ukulele when I was around 12. It was called “Sugarplum" and the chorus was: "I'm tripping head over heels for you, yes it's very true. I'm staring at some kinda miracle, and boy it's you."

What can audiences expect from your show at The Standard, East Village?
I'll be performing songs off my debut EP, A Little Awkward, and using my loop pedal (aka my band). It's always fun to see the audience's reaction when I use my loop because a lot of people don't know what's going on. Ed Sheeran is a huge inspiration when it comes to my looping and he is one of the reasons I asked for one for Christmas! Looping is awesome.

If Hailey Knox had a superpower, what would it be?
I would love to be able to teleport!

What's next?
I am working on new music for my debut full album and preparing for the Charlie Puth tour! My writing team and I are working on some new songs together that I can't wait to release.
Previous Next 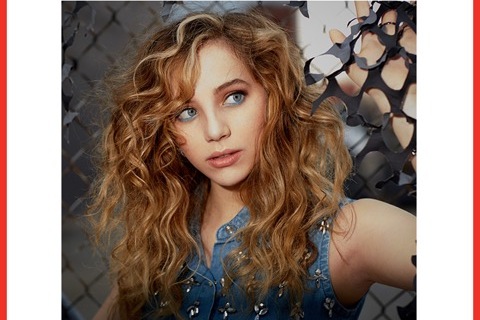