We have two music mavens concurrently curating some of the best concerts money can't buy (they're $Free.99). DJ Valida of LA's KCRW brings the city's finest up-and-coming acts to The Standard, Hollywood for Desert Nights, our weekly Wednesday night concert series in our dreamy Cactus Lounge. In NY, our pal Annie O—who has represented such greats as Lou Reed, Philip Glass, Pearl Jam, and more—brings her favorite rising acts to our East Village Penthouse stage for The Annie O Music Series. Lucky for us, they're coming together in NYC for one night only, bringing LA rising stars Pearl Charles and vōx (favorites of both Annie and Valida) to The Standard, East Village on October 2nd. Read Annie O's interview with Pearl Charles below and get ready for the big night.


ANNIE O: Where are you based?
PEARL CHARLES: Born and raised in Los Angeles, CA.

You've recently embarked on your solo career. Tell us about what led up to this project.
I've been performing under my own name for about three years now, but prior to that I played in two other projects. My first band, the Driftwood Singers, was an old-timey country duo in which I sang and played autoharp. The second was The Blank Tapes, a psychedelic garage rock band in which I also sang and played stand-up drums like Moe Tucker from The Velvet Underground.

Where and when did you write most of the songs on your newest LP?
My new record spans from songs that I started when I was a teen to songs that were written earlier this year the very same week we went into the studio to start recording. Most of the material was written in and about Los Angeles and/or Southern California, but was informed by my time on the road, both touring and just exploring.

What are you most excited for people to hear? Is there any song on the LP that is particularly personal to you?
I am very excited to share the title track “Sleepless Dreamer,” which is dropping September 26th, but the whole album is deeply personal. With songs that tackle love, loss, and insecurity, I felt I had to allow myself to be very vulnerable during the writing process in order to communicate the most truth.

What influences you the most in everyday life?
I really try to find inspiration in everything around me, whether it's a book I'm reading, a conversation I've overheard, a dream I've had, or just trying to find the stillness in my mind through meditation to see what is stirred up within me.

You've been touring since you were 18. Tell us about one of your favorite memories.
I've been lucky enough to have shared the stage with some of my idols, singing backup with Jackson Browne, John Fogerty, Jeff Lynne, and more is still probably the ultimate highlight for me as a musician.

Are there any tracks by other artists you currently have on repeat?
“If You Should Fall” by Ned Doheny and “Down the Dream” by Maggie and Terre Roche.

If Pearl Charles had a superpower, what would it be?
I know this may sound cheesy, but it would have to be to bring peace and love to the world, because we certainly need that, now and always.

What can we expect from your performance at The Annie O Music Series?
Normally we play full band, but we are stripping it down for this show. Our drummer, who also sings, will be playing hand percussion, while I play acoustic guitar and our lead guitarist and bass player both play electric.

What's next?
The Sleepless Dreamer LP comes out February 2018! Stay tuned for the video which will be released next month. 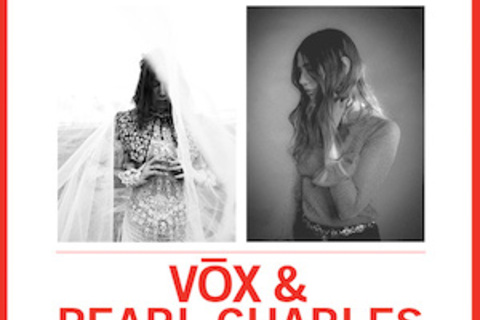