On Monday, September 25th, Annie O brings Elizabeth Ziman, aka Elizabeth and the Catapult, to the Penthouse stage. The Brooklyn-based artist is getting ready to release her fourth LP, KEEPSAKE, on October 20th, and her show with us will be the first time she's playing these songs. When she's not recording her solo material, she tours as an opener for Sara Bareilles and Kishi Bash and scores documentaries with partner Paul Brill. (They just won a bunch of awards for their latest, Trapped.) Annie O connected with Elizabeth to hear all about how the new album came together and got us all excited for her upcoming show.


ANNIE O: Where are you based now?
ELIZABETH ZIMAN: Brooklyn, now and forever.

Your new album, KEEPSAKE, is out October 20th. Where and when was it recorded?
I recorded some of the record with Richard Swift at his studio in Portland, the rest with Danny Molad and Peter Lalish of Lucius at Panoramic House Studio in the mountains of Big Sur (it was breathtaking), and a couple of songs I recorded at home on my baby grand piano.

Tell us about your first single off the album, "We Can Pretend."
A lot of the album KEEPSAKE was written by taking older, half-written songs or diary entries and expanding on them, like filling in my life backwards. "We Can Pretend" is a song recounting running through the city with my friends when I was young. Reading my actual diary entry, it seemed like I was running through a magical urban forest. In actuality, I was running on concrete with the smell of weed in the air next to the brassiness of a late-night chess match. Kids are funny that way. I also have songs about growing up again and again even as an adult, like in my second single "Underwater."

What do you love most about being an artist in New York?
I love how easy it is to happen upon other amazing artists performing in small clubs. I went to see Doveman at Le Poisson Rouge recently to check out the stage set up for my album release show and surprise guests included St. Vincent, Sufjan Stevens, Norah Jones, Joan As Policewoman, Steve Sallett—all my faves!

Favorite live/touring moment?
When Sara Bareilles had me open for her at Madison Square Garden a few years ago... doesn't get better than MSG!

Tell us about your awesome name.
I'm not exactly sure, but my friend who is in publishing recently pitched a children's book idea where a little girl named Elizabeth is trying to solve problems with a catapult only to discover the "real catapult" is within. I love that.

Are there any tracks by other artists you currently have on repeat?
I had to do my taxes last week and was listening to a lot of Bach's "Well-Tempered Clavier" and Debussy's "Girl with the Flaxen Hair" to calm the nerves, but in terms of new artists I'm obsessed with: Father John Misty's "Total Entertainment Forever" from his latest album, Pure Comedy. He's like a modern day Harry Nilsson; his arrangements are pure gold.

If Elizabeth and the Catapult had a superpower, what would it be?
Everyone in my band would hold hands and close our eyes at the same time (like "I Dream of Jeannie") and we would appear at whatever club we wished to play, in any country. No travel miles necessary.

What can we expect from your show at The Annie O Music Series?
As many new songs from our latest album as we can fit into a 40-minute set! I'll be playing a lot of these songs for the first time, so my heart will be soaring.

What's next for you?
Our album release show next month at Le Poisson Rouge on October 18! Seriously can't wait for that one... 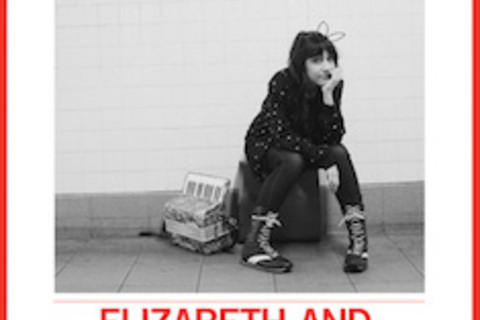