In the indie comedy Adult World, which premiered last week at the TriBeCa film Festival, Emma Roberts plays a recent college grad named Amy with a lit degree and zero job prospects. So to make ends meet she takes a job at a local sex shop, where she meets a reclusive writer named Rat Billings (John Cusack), who becomes her mentor. We sat down with screenwriter Andy Cochran — a recent, formerly frustrated college grad himself — for a chat about the film …

STANDARD CULTURE: What inspired you to write this script?

Andy Cochran: Being a recent college graduate disillusioned with my own prospects, basically. Unlike Amy in the film, though, I've always thought I had pretty realistic expectations about what life post-college would be like. I knew it wasn't going to be rosy, but I was totally unprepared for how brutal it actually is. Nobody gives a shit where you went to school or what grades you got. I was literally sending out hundreds of resumes without a single email or call back!

The casting is impressive for a first film. Were you pleased you were able to get such big names?

Yeah, I feel pretty honored and flattered that the script has gotten the attention it has. I'd never imagined it would get made, let alone with this cast. Everyone involved was great, especially Emma. I think it's such a tricky role because her character could be so unlikeable in the wrong hands, and Emma pulled it off with such grace and skill. Scott [Coffey], the director, has such an awesome way with the actors that I think helped a lot.

A scene from Adult World

I think just about anything can be poetic. I didn't used to, but the more I live, the more I realize it's just perspective. I think you have to find the humor and beauty and meaning in everything or you're just going to be miserable. You're going to be one of those people stuck in traffic, honking and frothing at the mouth.

Who are your favorite poets?

It's a little embarrassing but I like some of the less maudlin Confessionalist stuff. Robert Lowell is great. Maxine Kumin is probably my favorite because her style is so plain and unpretentious, which really appeals to me. And I think that's an idea that's at the core of Adult World. Pretentiousness gets you nowhere. Only honesty does, and also not taking yourself too seriously.

Any advice for aspiring screenwriters?

Just find a story you're passionate about. If it's a comedy, write about what makes you laugh. If it's a horror movie, write about something that scares the shit out of you. Don't be like Amy (the protagonist of Adult World). Don't just write stuff because you want to be a writer. I live in L.A. surrounded by aspiring writers and 9 times out of 10 you ask someone what they find interesting about what they're writing and they can't answer. Which is a huge problem.

What's next for you?

I'm working on a few things. I've been developing a TV show for cable and I also just got a job writing a script for McG, who directed the Charlie's Angel's films. Beyond that, I'm writing another indie comedy, this time for me to direct. 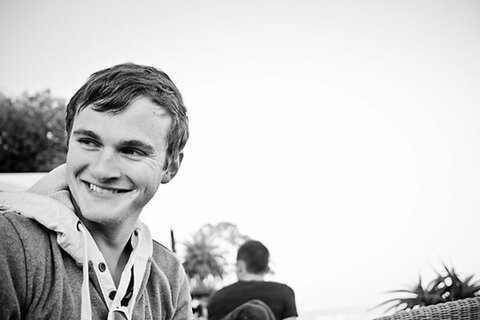 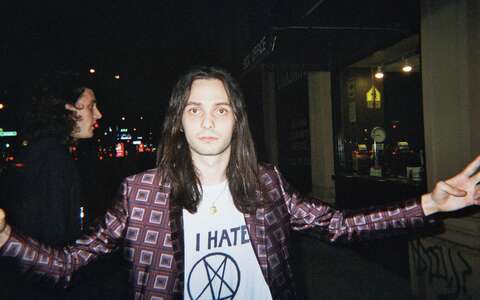