The driving force behind one of Berlin's most dynamic cultural institutions sits down with Standard Culture and remembers his formative years in New York.

Stephan Erfurt founded C/O Berlin, a Berlin-based foundation that exhibits photography from both emerging and world-renowned artists, in 2000. In 2014, the foundation took up its new headquarters in America Haus, a refurbished post-war U.S. cultural center built in 1956. Since re-opening, the foundation has emerged as one of the more energetic voices in a city bustling with cultural rewards of all kinds.

These days, work draws Erfurt to New York regularly: he meets with photographers and their estates; acquires and coordinates exhibitions; connects with donors; (he also makes time to visit the rare books department at The Strand). But in the 1980s, Erfurt was a working photographer in New York City, living downtown (first in a loft above Tompkins Square Park, and later above a movie theater on 3rd avenue), making connections, and hustling to make ends meet. In talking with Erfurt during his recent stay at The Standard, East Village, it becomes clear that much of his vision was forged in those formative New York years. 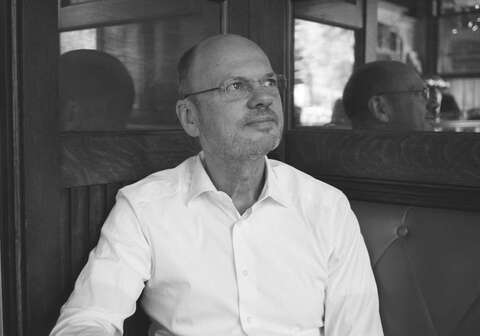 Erfurt in Café Standard at The Standard, East Village

As the American correspondent for a Frankfurt newspaper’s supplement in the 80s, he shared an apartment with nightlife photographer Wolfgang Wesener. They only needed one bed because as Wesener would be coming in from documenting life in clubs like Area, Limelight, and Palladium, Erfurt would be headed out to shoot the city at dawn. He photographed steel bridges, nature in New York, diners. The cross-pollination that Erfurt experienced between nightlife, music, art, writing and photography stayed with him, and has become central to C/O Berlin’s ethos. As he put it, “It was really good because you’d talk to painters, writers, photographers. We were talking about different projects we could do. It was communicating between different professions and disciplines. Which is very important. Not only focusing on your world, but the worlds around you. So that is what we try at C/O.”

On a whim during a particularly difficult stretch of his first stint in New York, Erfurt decided to answer an open call for portfolios at MoMA. As if it isn’t hard enough to imagine MoMA holding open calls, crazier still is that his work was chosen. He’d shot a series of photographs of European nobles carousing during “ball season” and when he returned to pick up his portfolio, not expecting anything, he was ushered into a room with the senior curators of MoMA’s photography department, including Robert Galassi and John Szarkowski, who wanted to acquire one of his images. “It was just out of a mood, not feeling good. Suddenly I was in.” 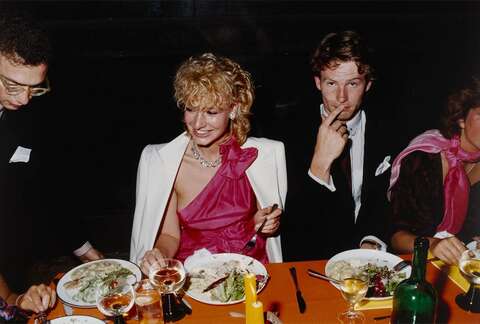 Untitled by Stephan Erfurt, 1983, Museum of Modern Art
When the Frankfurt newspaper shuttered its supplement in '99, Erfurt turned his attention to starting C/O Berlin, which he took from square one to where it stands today. The foundation was built on passion from the start, and Erfurt was determined to develop his vision without the use of public funds, which is rare among European and German institutions. The gallery will put on 15 exhibitions this year, including blockbuster shows like a retrospective of Anton Corbijn. He is partnering with Converse to bring music into the exhibition space. What else? A few weeks prior our meeting he started an Instagram account. The Eroticism of the Unseen: The Art of Eva Stenram 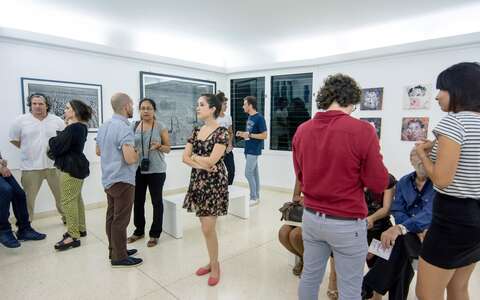