Talking audience sing-alongs, dream collabs, early 2000s nostalgia, and transformative super powers with the up-and-coming pop siren before she ascends to the Penthouse of The Standard, East Village for the Annie O Music Series.
Where are you based now?
I live in NYC on the wild Upper West Side.

Tell us about “Like a Wave.” When did you write it and what does it mean to you?
I wrote it just outside of NYC with my producer/musical soulmate/big brother Jase Blankfort and a clever groundbreakingly cool duo that goes by A+A. It was right in the middle of a cold December day last year, yet somehow our energy was drawn to the imagery of the ocean. The song is about a relationship that takes you by surprise. I based it on someone I met in a guitar store in LA. We had a cryptic conversation, each of us feeling something immediately. I’m all for hidden meanings. The song is an anthemic release about going for it and letting yourself feel wholeheartedly. I moved back to NYC (I grew up close by in NJ) after spending time in LA, and the idea of going for what you want and dismissing expectation has really characterized my music.


Your video has been #2 in Denmark. Was that a surprise to have a surge in your fanbase over there?
Absolutely! I was so grateful that people latched on. I think there’s an element of conflict and frustration in the video that is understandable and tangible for everyone. My turbulent relationship, and gradually taking charge in the video as the artist and not the music is shaky at first, but then very gratifying, and I’m so happy people felt that watching it.

Any plans for touring?
Right now, I’m doing select shows around New York right now, but dates across the country over the summer are in the works. 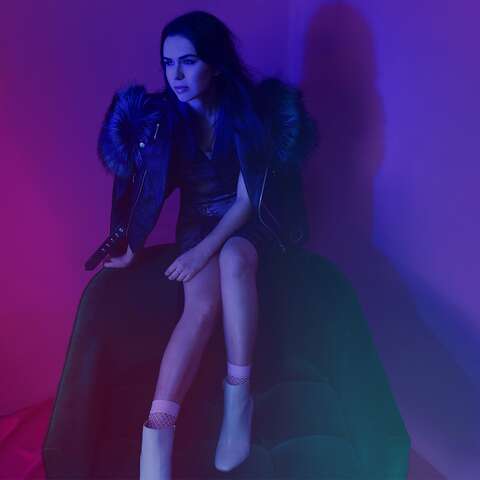 Who are some of the main influences in your music?
I grew up doing karaoke in my basement with my sister to Kelly Clarkson while flipping my hair like Britney Spears. When I started middle school, I uncovered the world of singer-songwriters and indie pop and was enamored with artists like Regina Spektor and Ingrid Michaelson. They totally transformed my perception of what music should be. Since then, I’ve tried to marry the accessibility and ease of pop music with the witty explorative sensibilities of indie pop. I’m excited for that to seep out even more as I release more music.

An artist or producer that you’d love to collaborate with?
I’d love to work with Jon Bellion. He uses sound to create a world for each song and his approach feels unconventional, but extremely focused, and I’m into that.

Are there any tracks by other artists you currently have on repeat?
I’ve been playing “Crying in Public” by Chairlift on repeat. There’s a line about crying on the train. It captures a New York vibe that feels so real to me. Her voice is also dreamy and airy and feels so liberated.

Favorite on stage tour moment?
I played a show with Sofar Sounds in Chinatown and was performing my song called “Oz” for the first time. In a certain part of the song, I repeat a melody singing “I will breathe you, I will breathe you, breathe me,” and the audience caught on and started singing along with me. It showed that they were with me in the song and were feeling it enough to start singing as a crowd even though it hasn’t even been released yet. The best part of performing live is feeling the intimate connection with the audience and it was amazingly heightened here.

What can we expect from your show at the Annie O Music Series?
You can expect a dose of early 2000s nostalgia, dance moves, banter with my too cool for school band, a sensation of energy and release, and a lot of truth.

If Heather Brave had a super power what would it be?
If I had a super power it would be the ability to transform the present moment into a cinematic music video where everything is elevated so that people see the value and the beauty of right now. 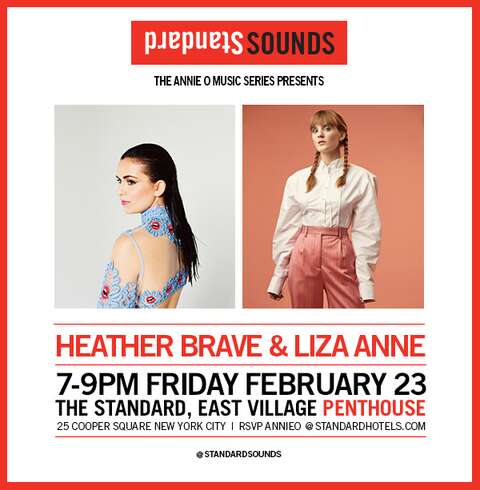