Festivals Are Good, the latest book from our in-house imprint Standard Press, documents twenty-something years of music festival crowds through the lens of photographer Cheryl Dunn.

Documentary photographer and filmmaker Cheryl Dunn lives and works in New York City. She’s best known for gritty black-and-white street photography in the documentary tradition of Bruce Davidson, Larry Clark, and Joel Meyerowitz—a long, proud lineage that dates back almost as far as photography itself. For Dunn, the only way to learn the skills of a documentary photographer is to get out into the world and shoot…and shoot and shoot. So as a female photographer in the 80s, struggling alongside her peers to get assignments and jobs, she actively sought out new contexts to practice her craft and “grease the wheels,” as she puts it. This led to her spending nearly ten years documenting the fairly closed-off world of professional boxing. In 1994, Dunn and some friends attended the second incarnation of the Woodstock festival, and she got her first exposure to a big music festival. She was hooked—both personally and professionally—and every summer in the years that followed she arranged to shoot them for magazines. However, unlike the photographers in the pit with high-res digital cameras and massive lenses trained on the performers, Dunn chose to work with Leicas and turned her attention to the crowds and the scene, capturing the agony and ecstasy of festivalgoers in these profound, heightened, and often extreme moments. The result is Festivals Are Good, the latest book release from our in-house imprint Standard Press, documenting Dunn’s nearly twenty-five years of festival going and crowd watching. THE STANDARD: How did you get interested in shooting music festivals?
CHERYL DUNN: I would say it was Woodstock in 1994, and I just went as a fan. I personally had a very profound experience, and I also love to shoot people having their own profound experiences. Being in a sea of so many people who are really psyched, dancing around, tripping out—it’s pretty ripe for shooting. I would say I’m a participant/shooter. Even though I could be as insider as I wanted, I always wanted to be outside because that was more real and more interesting to me than some VIP thing. I’m a realist and a populist, I guess.

How is being in the crowd different from the VIP area?
The stage and the speakers are facing out, so if you’re over on the side it’s cool but it’s a different experience. Festivals are geared toward this experience at you and the energy of all the people—that’s the full experience. I prefer that. I’m pretty much in the field the whole time. To me, those are the kids—particularly in the South, where that’s the only thing that happens in their area—that are having a really monumental experience.

What was your most memorable festival experience?
There are so many. Every single night you’re blown away, and then the next day you’re blown away again. There are certain bands that have a sound that’s so conducive to being outside in a giant fucking field. 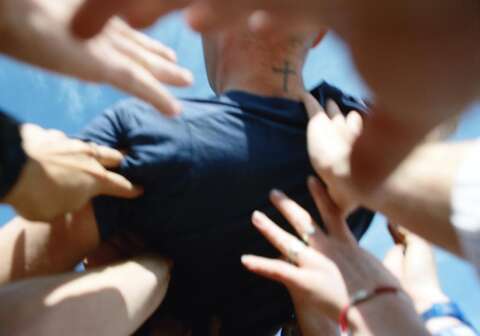 What’s your approach to shooting at festivals?
What I often do is go really deep and then I walk back out of the crowd. I’m walking over people, dancing and shooting, and everyone’s cool with that. I’m in it with them, and I’m appreciating what they’re doing, what we’re doing together—it’s a collaboration.

At what point do you interact with subjects?
You have to make the call. Maybe you see something and the composition is right, the light is right, and you just try to get what made you look there. And sometimes it’s just the person and you track them. Mostly people are in motion, so I wait for them to be in a better place or to have a better background, and sometimes I ask. Most times I don’t ask because I don’t really want people to look at my camera. I want it to be a view into what they’re naturally doing. People are trained to alter their posture and behavior when a camera is pointing at them, and I don’t want that.

What made you want to take a different approach from the photographers in the pit?
When you have credentials that means you’re shooting for a magazine, which I do quite often, but I’m not shooting a Canon 5D with a long lens because I’m not interested in that—I’m documenting a scene. So I’ll do my three songs in the pit, and then I’ll bust out. I’m not interested in getting a close-up of the singer—there’s thirty other dudes getting that picture. I’m interested in shooting the kid that waited for seven hours in the first row in one hundred degrees and now is the moment he’s been waiting for. I’m shooting that kid’s face because you’re getting all that in his eyes. It’s a portrait of the Red Hot Chili Peppers [the band] through this kid’s eyes. I’m interested in the reaction. 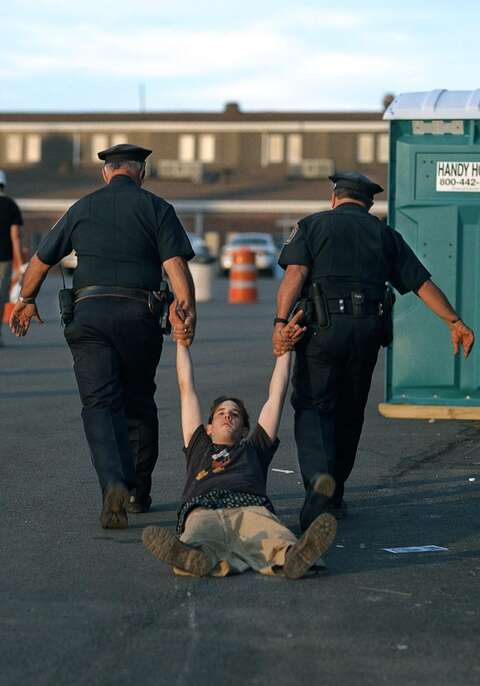 "I always think that the most intense lessons you learn in your life are extreme experiences that you live to tell and that may save your life in the future." -Cheryl Dunn

Are there specific kids that you remember?
I remember one boy I spoke to that talked his parents into letting him go out on his own, and he and his friend were hitchhiking to get closer to the stage or something, and some woman said she’d give them a ride and then took off with all their camping equipment. So they were completely stranded with no camping gear. But they worked it out. People help each other. It’s a beautiful reminder of human nature, what human nature can be in a utopian-type setting.

So there’s no irony in the title of the book for you.
No, it’s a simple statement. It’s not nuanced. It’s not fancy—it’s straight up. It just made me laugh. It’s a little tongue and cheek, but it’s not ironic at all—just to say something’s good.

But there’s a dark side to festivals, too, right? You see that in the book.
I always think that the most intense lessons you learn in your life are extreme experiences that you live to tell and that may save your life in the future. If you’re going to have an extreme experience it might be OK to have it in a community-type setting where someone will pick you up off the ground, rather than on the streets of some big city where you’re a stranger. That’s probably not an experience you want to repeat, but you’ll live to tell. And if that person didn’t have it there, they might have it somewhere else because obviously they were inclined to have that experience in the first place. 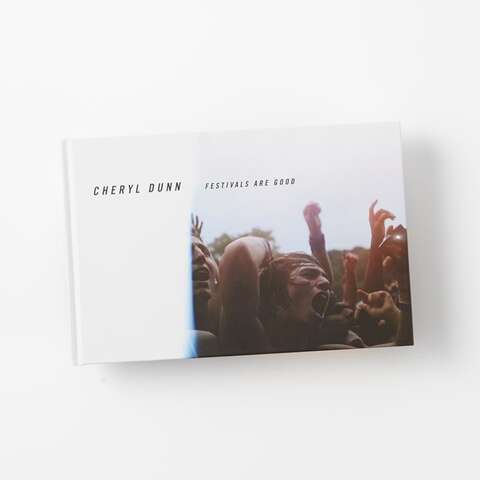 
Why did you ultimately decide to include a selection of images of the performers?
That was a big challenge. I have tons of pictures of artists. In the end, I put in the few pictures of artists that I like or that I know and that I feel have done righteous things for others, like the ones from the Free Tibet concert, because to me the pictures are about community.

How did you view this batch of work in relation to your other work? Were you thinking of it as a continuous project?
I did think of it as a continuous project after a while, when I realized that I’d been doing it for a long time. After a certain point, I started to ask myself: What does it say? What does this mean about me? What have I discovered? What is this body of work through the years? I have a couple documentary subjects in my work that are similar in that way. I shot boxing for about ten years.

Throughout my career, I would make these self-imposed documentary projects to keep sharp. As a photographer, every documentary project has a skillset that you need to get good pictures from that activity. Like with boxing, I’m stuck on that ring and there’s this action happening. You acquire the skills through practice, so you need to do it as much as possible. When I go to a festival, I know I’m going to get to shoot for five days straight in a sea of people for ten hours a day. The act of shooting nonstop, I love that. It makes you sharper. The streets of New York are a whole different game. They really inform each other.

What’s specific to the way you shoot a festival?
One thing is your gear—how much you’re going to carry. You have to carry it on your body for many hours and walk and dance and be able to physically deal. I try to be invisible and unobtrusive. The act of shooting has a flow to it. Everything’s moving so it has a rhythm, so I stay light. That’s my style of doing it, and it’s very specific to music festivals. It’s only there in a giant field of people that I can shoot this way. That’s the nature of the subject, and I really love that dance—it’s a dance. JR and José Parlá Take Us to Cuba