Artist Marco Zamora finds his inspiration in the urban Southern Californian landscape and its inhabitants. His work is so indicative of Los Angeles that we couldn't decide whether it'd be best to showcase his works at The Standard, Hollywood or Downtown LA - eventually we decided on both and elements of Marco Zamora's latest series, Always Expecting Something To Be There, are installed in The Box and Lobby at The Standard, Hollywood and on The 6th Street Mural at The Standard, Downtown LA. We sat Marco down to discuss his installations, the LA art scene, and his favorite local sushi spot.

STANDARD: It’s rare for us to have the same artist do installations for both The Standard, Downtown LA’s 6th Street Mural and The Box at The Standard, Hollywood at the same time. Tell us about your inspirations for your installations. Do both pieces speak to each other? Are they part of the same series? Or were they conceived separately in reference to their specific locales?

Marco Zamora: I am very excited to have been able to work on both installations at the same time. The work is a part of an ongoing series of paintings and sculptures that I am working on and because of this I wanted them to speak directly to one another. The Downtown mural is actually from one of the paintings in the Hollywood installation. It made a lot of sense to use this piece as a reference for the mural because it is from a photo that I took of a man sleeping on a lawn chair on the sidewalk. In a way he is being put back in the same situation but in a different context. These paintings are all referenced from photos of objects and people that I have taken around LA. I did not want to focus on the environment but rather the people and ephemeral material we leave behind. As a part of this I have been collecting images of the abundance of beds and their patterns that have been left on the street and then collaging with the result.

The Standard, Downtown LA’s space is a large street-side mural and at The Standard, Hollywood your work shares the space with a live model. How did the public nature of the installations affect your work?

It made me think a little more about interaction with my work and in a weird way what I had already been working on. I say this because The Standard is a hotel and people come here to stay for buisness or pleasure. Both of these include sleeping on a bed. When we spoke about showing some of my current work, I did not think about the fact that I am making work with old mattresses and would then be showing them in a hotel. How ironic. I find these discarded mattresses really interesting in a beautiful way. When I see a mattress on the street I am looking at it as a aesthetic form. To use what is thought of as ugly and filthy and appropiate it as an attractive pattern. The Box at the Hollywood location was the main focus so to take this idea even further I decided to screenprint one of these old quilted patterns on the bed set that the model would be laying on. This corraltaes with the pattern that I will be using for the mural.

Image for The Box at The Standard, Hollywood

A lot of your art employs a restrained use of color, an effect that really seems to enhance the power of the images. How did this style come about? Have you always been drawn to it? Or was there an evolution?

I guess you can say it was intentional evolution. This came about because I was not interested in painting with color. Today is another story.

You were born in Pomona, went to CalArts, and currently live in Downtown LA. Being a truly native son, what are your thoughts on the current art scene in Los Angeles?

I think the current art scene is alive. A lot of great artists have been moving this way and because of this it is become a rich environment. It seems that there is a pocket for everyone here. I think LA is very particular especially because of its culture.

Describe your perfect day in Los Angeles. Where would you go? What would you eat?

A perfect day. Temperature about 80 degrees. Quick moring bike ride to Griffith Observatory around the LA Zoo back to Downtown. Have a coffee/ write, Paint for a couple hours. Eat lunch at Nabeeya Sushi in Downtown. Hop on my bike and photograph. Hit the studio again. Depending on the day check out a show or museum have dinner at home then call it a night.

What’s up next for you?

Up next for me is to continue focusing on my practice and even more exciting I have my first born expected in a week so this should be an exciting year.

Marco Zamora's joint installation, Always Expecting Something To Be There, will be on display at The Standard, Hollywood and Standard, Downtown LA through mid-March. To see more of Marco's work, check out his website here and Instagram here. 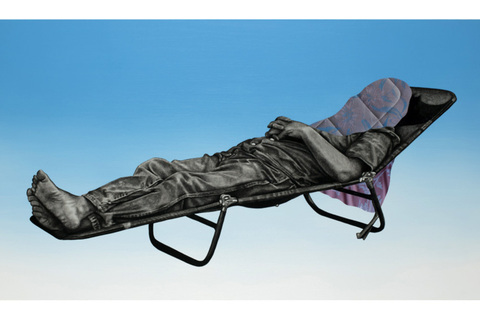 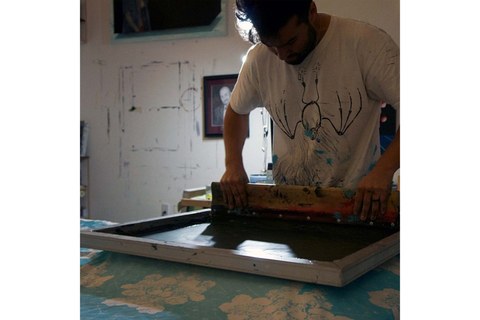 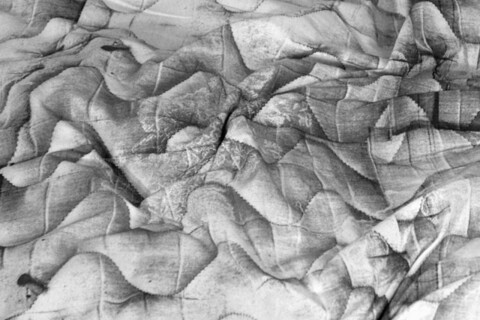 Inside The Box: Poet Jacqueline Suskin Checks In