A great writer once said: “The past is never dead. It's not even past.” He’d find ardent agreement from a group of spiritual seekers based in El Cajon, California, known as the Unarius Academy of Science.

Founded by Ernest L. and Ruth E. Norman in 1954, the Unarius Academy of Science claims that man is by nature psychic. The Unariun belief system—developed by Norman and carried forward by Ruth after his death—holds that as incarnations of “indestructible energy,” each of us carries material from past lives that sways our present and future. Unlike other spiritual groups to appear on the West Coast in the ‘60s and ‘70s, the Unariuns’ worldview is almost bizarrely benevolent and uplifting, holding that “negative acts must be compensated for by positive acts” and never straying into psychosexual or messianic territory.

In 1975, Unarius opened a full-fledged school and center devoted to the “interdimensional understanding” of energy, karma, and past lives through clairvoyant guidance, past-life therapy, and communication with benevolent extraterrestrials. The group came to wider awareness in the 1980s when, after the death of Norman, Ruth went on to produce (and star), with guidance from her fellow “Space Brothers,” in a series of visionary DIY films, which became cult classics among connoisseurs thanks to their regular appearance on public access television. The films featured Unariuns in otherworldly costumes and makeup, incorporating elaborate sets, guerrilla location-filming techniques, and ingenious no-budget special effects, channeling and re-enacting their previous lives on Earth and other planets for purposes of spiritual healing.

Recently, the Unarius has been undergoing a revival, thanks to LA filmmaker and curator Jodi Wille (creator of The Source Family book and documentary). "They are one of the most extraordinary creative collectives I’ve ever encountered," says Wille. "What they had going on was almost like a Warholian factory scenario, but with the objective of spiritual healing and transformation." Wille has mounted a full-on retrospective of all things Unarius, including a short documentary she directed; screenings of the Unarius film archive; and a take-over of The Box, our evergreen vitrine at The Standard, Hollywood.

For our three-month focus on the theme of time, Wille probed some real-life Unariuns on the significance of time in the Unariun cosmology. 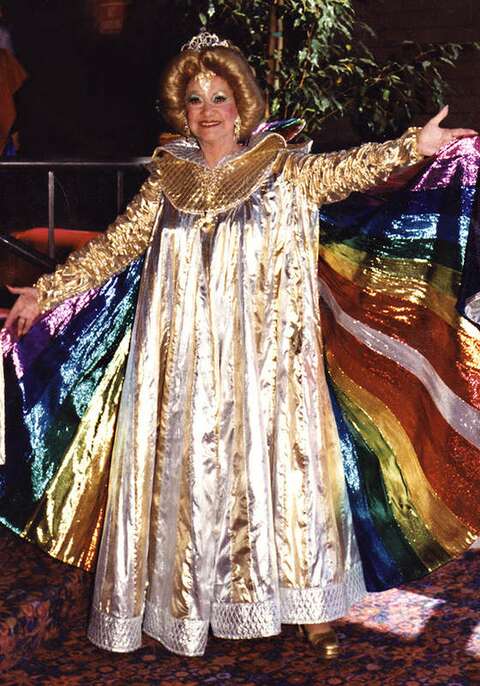 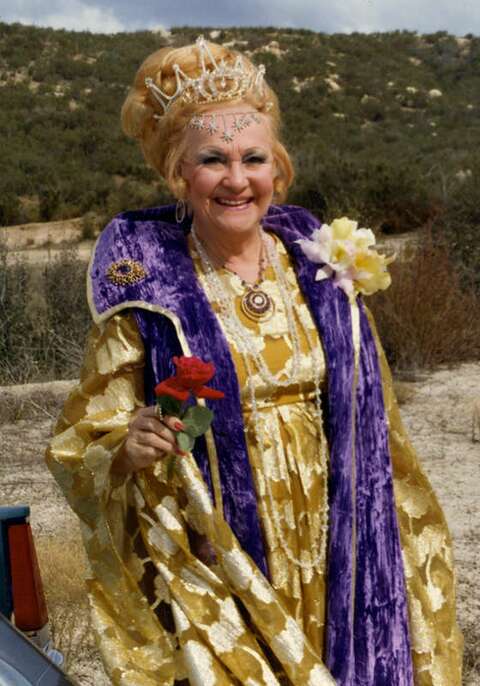 JODI WILLE: In the Unariun cosmology, how are concepts of past, present, and future connected?
TRACY & KEVIN KENNEDY, UNARIUNS: Our present is made up of our past experiences from this and many other lifetimes. These positive and negative experiences from the past “color,” or bias, our every deed, thought, and action in the present. Our actions and thoughts of the present make our future. Therefore, if we want a better life in the present and leading into future lives, it behooves everyone to live a more positive and constructive life. So our past makes up our present, and our present makes our future. There are no accidents.

Do Unariuns believe in time as linear, cyclical, or both?
Both. Linear in the third dimension but cyclic in the fourth dimension, where our true self or energy body resides.

Why do you choose to seemingly travel back in time in your videos and films, portraying lifetimes that may have happened thousands of years ago or even on other planets? What does that have to do with the present moment?
As (George) Santayana said: “Those who do not remember the past are condemned to repeat it.” By enacting different scenes from our past lives, we are able to objectify the traumas and psychic shocks that took place in those long-ago civilizations that are influencing us in the present. All of us, having lived in these many different societies and situations, are being biased by these forgotten life experiences in the present. If we have inhibitions, insecurities, blocks, physical problems, and a host of other negative problems in the present, these are the result of past-life incidents. 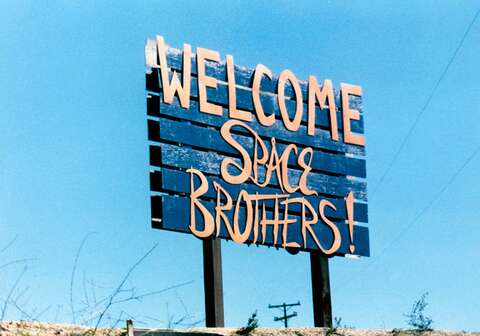 Creative expression is an important aspect of the Unariun spiritual path. How so, and how does creative expression relate to concepts of time?
Through creative expression, we, as students of truth, learn how to align ourselves to our Higher Self and allow it to influence our life. In doing this, we are also growing or expanding our Higher Self and learning how to “communicate” with our spirit guides, whom we know as the Brothers of Light. In future lives, we will be that much more able to express freely from the Inner or Higher planes of life and collaborate with beings of a much higher intelligence.

Throughout Planet Earth’s history, many advanced beings have incarnated to help move humanity forward, whether it was an artist like Leonardo da Vinci or a composer like Mozart. Their creative expressions carry a higher frequency, and people feel uplifted when they view the Mona Lisa or listen to a Mozart symphony. These advanced beings have learned how to psychokinetically project energy into their expressions that help people and are regenerative in nature. Because of this, one can say that an inspired work of art is timeless.
Clips of the Unarius:

Inside The Box: Poet Jacqueline Suskin Checks In