The 77-year-old war and reggae photographer, Roger Steffens has received a second wind and thousands of more eyes thanks to his Instagram account The Family Acid. Now he's exhibiting his work at The Standard, West Hollywood. We met up with the legend to discuss his new book, The Acid Family California.

Roger Steffens has seen it all. For over 50 years, the legendary Brooklyn-born, New Jersey-bred photographer captured the Vietnam War, Bob Marley, and the idyllic, hippy-fied golden decades of his later home of California. For the uninitiated, Steffens images, many of them with a trippy double exposed effect, are now digitized, and live on his Instagram account The Family Acid, which is curated by his daughter Kate Steffens. It currently boasts over 50,000 followers. Here, the photographs are transportive and hypnotic: In one, there is a young, mustachioed Steffens in 1969 on a boat in Vietnam with two grinning monks. Another includes the scenic view of a Pismo Beach cliff complete with a sunbather. Since its inception, the account has led Steffens to publish the newly released book The Family Acid: California. (He wants to expand the series. Next, he’s looking to publish a Vietnam-focused book.) Now, for the second time, he is displaying his vibrant archive at The Standard, West Hollywood’s The Box. 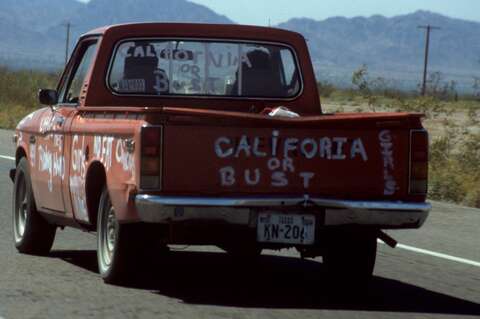 Photo by Roger Steffens from The Acid Family California

How do you feel about all your photography getting a new life on Instagram?

I'm thrilled. Thanks to my kids, my life has changed radically at the age of 77. I was driving down Hollywood Boulevard last week and I came to the legendary corner of Hollywood and Vine. A car pulled alongside me with two gorgeous young women in it and one of them looked over at me and said, “I know you.” The other one said, “The Family Acid,” which for an old man was a very nice thing to happen.

Do you feel like there is a new following of your work?

Absolutely. It continues to build. We've [our Instagram] has 52,000 thousand followers. It’s unbelievable to me. I didn’t even know Instagram existed when my daughter [Kate Steffens] asked if she could start a page for me. I go on it every morning to see what she’s posted. I’m an avid follower of mine because I never know what she is going to put up. It is always a surprise to me.

"Three weeks later, the first supplies arrived and they were ten thousand pounds of little packages all addressed to me in two huge Conex containers." - Roger Steffens

So, one of the things I read about you is that you started photography when you were sent to Vietnam and you were given unlimited film?

I used to carry a Brownie camera with me when I was on the road while I was doing my one man show of poetry for people who hate poetry. It was just snapshots of friends. I didn’t think about myself as being a “photographer.” But when I got to Vietnam, I realized that I was in the middle of something historic and I had a strong urge to document what I was seeing. About three months later, the Tet Offensive broke out and the whole city went up around us. I started shooting off the balconies and on the roof of the hotel. It was just a frantic time. There were 52 families who were living in sewer pipes out on the road in front of my barracks.

I wrote to some friends back in the States asking that they send me some food and clothing so I could try and help these people. And I promised that I would personally distribute this stuff so it didn’t end up on the black market. Three weeks later, the first supplies arrived and they were ten thousand pounds of little packages all addressed to me in two huge Conex containers. The colonel took me into his office and said, “Okay, I’m going to promote you to Spec 4 and you can go anywhere in Vietnam and work on any project you want as long as you take pictures.” I was in Vietnam for the last 26 months of the 1960s. I saw a lot of shit.

Are there any specific photographs from that time that stand out and speak to you? 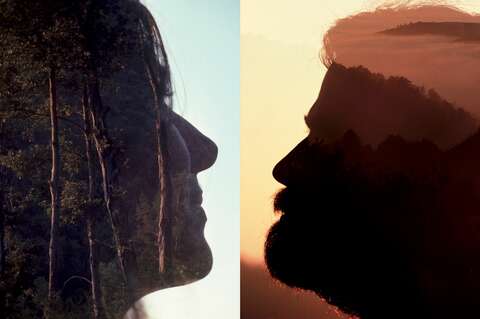 Photo by Roger Steffens from The Acid Family California

Did you develop affection for a certain technique of photography or is there a certain angle that you always find yourself going back to?

I just experimented a lot with photography. I had filters and long lenses and time exposures. I did a lot of fooling around with the camera just to see what would happen, far less than I do now where I don't have to pay fifty cents for every shot.

Do you have an idea of how many photographs you took over there?

Do you have all of this in an archive?

I had about 20,000 slides sitting in the closet downstairs starting from 1967. We’d have slideshows for friends and I’d pull things out and look at them occasionally but basically, they were just sitting in the closet. Our son Devon spent all of 2013 digitizing them and then in 2014 Kate said, “Well, let’s do something with them now. Can I start an Instagram?” And I said, “What’s that?” She explained it to me and I said, “Sure, let’s see what happens.”

What is your installation at The Box at The Standard Hollywood?

There are pictures at the front of the book of double exposures that Mary and I took of each other in 1978 when we were living in Big Sur. They’ve blown them up really big and made them the sides of The Box. It’s very exciting. I love the Standard Hotel. We’ve had a lot of fun there over the years.

"I lectured back and forth across the country three times that year against the war and was so disgusted by the government that I didn’t want to be in America anymore." - Roger Steffens

After you got back from the war, your photography took a very different turn and it became very focused on happy things, such as reggae. It became more peaceful.

There were a lot of poets and musicians. Of course, the first year I was back, that was the year of the Kent State murders, the Jackson State murders, and the school strikes. I was on the road speaking in schools and suddenly I was no longer the college convocation speaker. I was the strike committee speaker. Those were fraught times. I did a lot of shooting of the demonstrations and the placards. Basically, the whole country in May of 1970 went on strike after the Cambodian invasion that Nixon and Kissinger and their henchmen engineered. That year, I spent writing a memoir of my time in Vietnam that is yet to be published but that is going to be used for our next Family Acid book,

I lectured back and forth across the country three times that year against the war and was so disgusted by the government that I didn’t want to be in America anymore. So my first wife, a war correspondent who I met on the island of Coconut Monk in the middle of the Mekong River the previous year, moved to Marrakech and lived in the Medina for most of 1971. I discovered that I was an American and I liked indoor plumbing. We came home.

How long did you live in Marrakech?

What was it like coming back to the United States after that?

It was unnerving because Nixon and Kissinger were still running the country and we were gradually withdrawing our troops but Americans were still being killed every day in Vietnam at that point. It was pretty disheartening.

I know it is a big change from shooting the war to then poets, but is there a certain je ne sais quoi that all your subjects shared?

I think it was the joie de vivre of the counterculture in California at that point. California was something that you dreamed about when you grew up on the East Coast. I vowed that I made it through the war I’d come back and live there. I really fell in love with California. I hung out with a lot of very creative people. I was in the kind of broad group that were working for Rolling Stone magazine in San Francisco at that point. I knew many of the writers. My roommate from ’73 to ’75 was Tim Page, the fabled war photographer for Time-Life. Dennis Hopper played him in Apocalypse Now. Roger and Mary Steffens in The Box at The Standard, West Hollywood

How do you feel about the atmosphere right now here in the United States? The past six years have been tumultuous.

Right now, it’s like Watergate on fast forward. Watergate took two years and this is taking just a few months. They’re going to nail the bastard [President Trump] and get him out of there one way or another. Of course, we have another year before the elections to get those people out of Washington but we’re in desperate trouble. I think the world has never been in a more dangerous condition since World War II. Though, I love Greta Thunberg. She’s a hero for me.

She’s very, very cool. Speaking of Thunberg, do you still go out and photograph rallies?

I’ve covered three major marches extensively over the past few years. I’ve got a couple of thousand pictures from the Women's March and the one right after Trump was inaugurated. It’s been fascinating to me but I never go anywhere without my camera. I always got it right in my pocket. I go to the supermarket and come home with a hundred shots.

What will happen when / if you ever leave Los Angeles?

When I sell my reggae archives we’re out of here. They fill seven rooms of our home from floor to ceiling. I'm working on a deal now to bring them to Jamaica and build a museum of reggae history in Jamaica.