We catch up with Philadelphia super-producer King Britt before he plays The Rooftop on Friday, November 3rd.
THE ROOFTOP: Can you tell us about the setup of your performance on The Rooftop?
KING BRITT: It will be a DJ set, but for the last seven years I have been using a combination of software and controllers to do more on-the-fly remixing and edits. That's what I will be doing at The Standard: not a proper live show, not a regular DJ set, but a combo. I like to have fun and keep things interesting. I'll be playing special versions of house, techno, and disco classics. 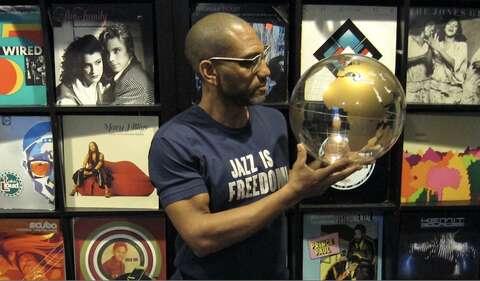 You just released your latest album, AFTER..., as Fhloston Paradigm, which is drum-less and lyric-less. How would you describe your balance between experimentation and contemplation?
Ha... Well recently I have been completely in the experimental world. AFTER... has been so well received by everyone from Pitchfork to Rolling Stone. This is where my heart is at the moment, playing live with visuals and no boundaries. But to keep the balance, I always try to do straight dance parties at least twice a month. Keeps me grounded. So The Rooftop will be one of those special moments!

Speaking about experimentation, tell us about The Buddy System Project.
I started the Buddy System label about four years ago. It was a label that allowed my friends to release experimental music anonymously without effecting their dance and hip hop following. I stopped it for a while as I was focusing on KingBrittArchives (home to Clara Hill and Fhloston Paradigm) but The Buddy System will be back in January with a new release from a producer I work with... Super experimental found sound project... It's a label focusing on process now.

AFTER... by Fhloston Paradigm

You curated Moondance: A Night In The AfroFuture at PS1 two years ago. What’s your definition of afrofuturism?
Afrofuturism is looking at humanity through a science-fiction, African diaspora lens. A way of reclaiming and embracing our histories while looking at the very real possibilities of the future.
Do you think we’re witnessing a renaissance of it?
Over the past few years, it has been a buzz word for the press and grant writers, so it spun into being more recognized by mainstream media.

Something surprising about you is that you collaborate with the movie director Michael Mann, such as Miami Vice (2006). How does it feel to get a phone call from Mr. Mann?
Michael is a cool cat. We haven't talked in a while, but he is a music collector, so his knowledge is crazy, and to be called on by him to score not only some of Miami Vice but a few commercials, too.. He trusted my process and was super cool. I hope to work with him again.
What’s your favorite movie by him?
My fave by him is Heat with De Niro and Val Kilmer. Absolutely one of the most intense. The music was on point, too! 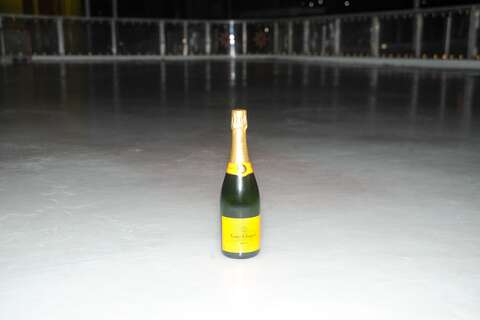 Clicquot In The Snow: Olympic Edition