On Monday, November 20th, Annie O brings Annie Hart to the Penthouse alongside Finding Thomas. Since Au Revoir Simone decided to take a break a few years back, Annie Hart's been forging her own path as a solo artist, and she's ready to show off her new album Impossible Accomplice. The two Annies connected before the show to talk her new music and what we can expect on the big night.

ANNIE O: Where are you based now?
ANNIE HART: I'm living around Bushwick and I love it! This is a thriving neighborhood with lots of unpretentious, creative people. It's totally my preferred atmosphere.

Tell us about the journey of Impossible Accomplice. When did you start writing it and what was your vision?
I started the record around when I got pregnant with my daughter, and that was a little over three years ago. I've always played music for fun, and after Au Revoir Simone decided to take a break, I was still making songs. A couple friends really pushed me to release them, so I decided to properly record them and get them into the world. I was, and am, incredibly inspired by the sounds of synthesizers. It's been my primary source of musical inspiration for going on fifteen years now! I find the undulating waves in the harmonics endlessly engrossing and wanted to showcase the beauty of their simplicity.

What was it like working as a solo artist?
Definitely the biggest difference was not having anyone as a sounding board for my ideas. This was a true solo project, as I only had an hour or two to work on it at a time. No one else could collaborate with the time restrictions of working around a baby's unpredictable nap times. As such, I had to really learn through experience how to trust my own vision and sense of when something is completed. I feel like I've grown so much just learning to focus, listen, and trust my heart.
Is there anything in the works with you guys or are you all flying solo for now?
We're flying solo for now and we'll see where the wind takes us. I think Carta, Heather's perfume that's launching soon, is going to be huge. Everyone is obsessed with it when I wear it!

What inspires you these days?
Obviously, still those synth sounds. I'm also interested in exploring the theme of interpersonal relations in this crazy world of dichotomies and learning to heal and trust strangers and the world generally. A fear-based life is holding so many people back. As someone who has worked through a lot of anxiety with everything that's going on in the world today, it's not an easy task surmounting that, but I think working through it with people through song will be a beautiful transition.

Do you have a favorite tour memory?
I've always loved the welcoming and loving attitude fans have so generously provided when traveling. They give their attention during the performance, sure, but they also tell these touching stories of how music I've made has helped them navigate breakups, the giddy time at the beginning of a relationship, to see others with love, and even run marathons!  It's that personal connection to people listening that makes my devotion to this bizarre corner of the human experience so worthwhile.

Are there any tracks by other artists you currently have on repeat?
"The Expanding Universe" by Laurie Speigel.

If Annie Hart had a superpower, what would it be?
To make people act from love instead of fear and selfishness. We could solve global warming, violence, and wealth inequality in five minutes!

What can we expect from your performance with The Annie O Music Series?
I give it my all, and I sometimes tend to take my audience on a journey of intense feelings. Even though I go through some darkness up there, it always ends with a dance party.

What's next?
I'm already writing my next album! And I'm touring Europe again in January and February, then playing festivals in the spring. I can't believe how lucky I am.
Previous Next 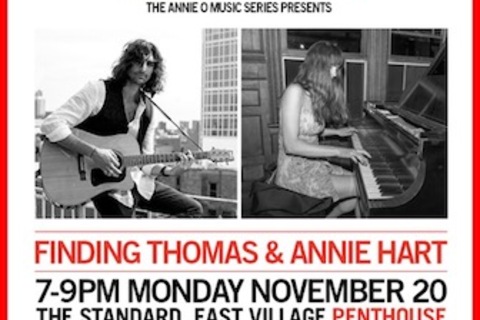 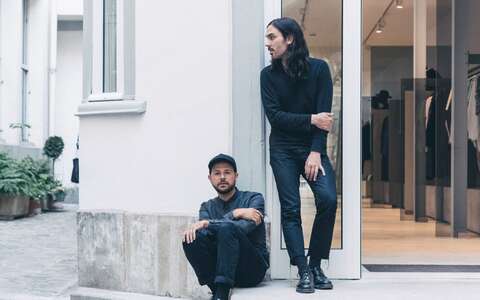 'All Artists Are Equal in Some Way'