We chat with São Paulo's own Gui Scott of the party collective Gop Tun before they bring their unique blend of disco-house to The Rooftop on Saturday, June 10th.
THE ROOFTOP: How did your party collective, Gop Tun, start?
GUI SCOTT: As some of the best things in life choose to happen, it started very, very naturally as an online music sharing group. We all gathered around this same interest of finding and sharing a wide array of music styles. Then we developed the group towards the idea of creating the environment that we thought suitable for the best enjoyment of what we loved. It all grew organically. We are a collective whose original interest and motivations are kept true until today—we're creating unforgettable experiences for people like us who have a shared passion for music. 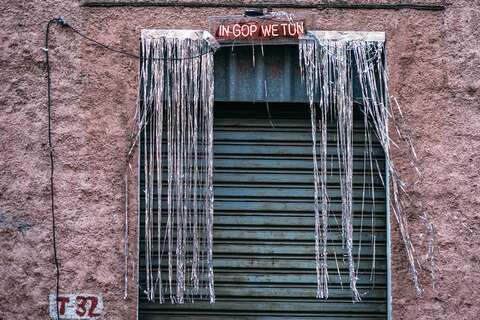 "Diversity is paramount for any artistic scene, and that we have here in São Paulo." –Gui Scott

What would you say is the greatest thing about the club scene in your city?
Diversity is paramount for any artistic scene, and that we have here in São Paulo. There are events with all sorts of music happening the whole week, like Selvagem, Odd, Mamba Negra, Carlos Capslock, and many others.

And its weakness?
Honestly, the main weakness is the political moment we're living now, which has a big impact and creates difficulties to those who consume cultural activities.

Your main influences are clearly disco and house with a strong US and UK lineage. What about the Brazilian music from the '70s and '80s?
When I was a kid, it was super normal to listen Brazilian music from the '70s and '80s everywhere. Jorge Ben, Caetano Veloso, Tim Maia, Os Mutantes, and many others were always playing on the radio of my parent's house. The electronic music scene here started in the early '90s. Techno, new wave, house...it was all present in clubs of that time, like Hell's Club and Madame Satã, which had as residents amazing artists like Magal, Renato Cohen, and Mau Mau.

Tell us about your own style as a DJ. If you had to define it in between 3 main inspirations, who would you pick?
That's a tough question for sure, but I think Arthur Russell, Talking Heads, and Larry Levan would certainly be my greatest inspirations.

You all at Gop Tun define yourselves as "entertuners." Could you share with us the recent "entertune" that really blew your mind?
"Da Terra" by TYV, which is coming out next month on our label. Bruno Protti, aka TYV, is one of my partners at Gop Tun and a very talented guy who has been producing great stuff lately. 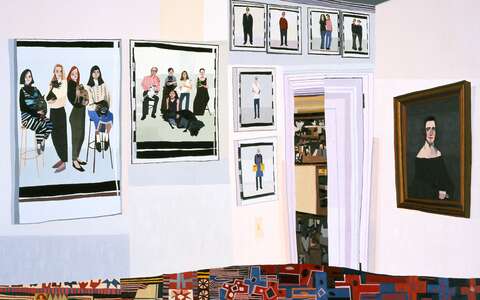 Time Capsules: Family in the Art of Elsa Dorfman and Jonas Wood