We sat down with the American super-producer Gigamesh before he returns to The Rooftop on Saturday, June 10th.
THE ROOFTOP: You define yourself as a “lover of science and sound.” To what extend do you believe music is about numbers and rules?
GIGAMESH: It's everything. In college, I remember thinking that a lot of the rules taught in music theory classes seemed kind of arbitrary, but when I learned that it was all based on the harmonic series, everything started to click. I took a class called Physics of Sound that delved into all of that. How the brain perceives music is also very interesting, because it introduces a lot of the cultural and genetic factors that determine what music we enjoy.

"I was lucid dreaming, so it was an euphoric experience." –Gigamesh

Tell us about the moment you realized you would dedicate your life to music.
If there was any singular moment, it might be when I woke up to Prince's "I Would Die 4 U" playing on the radio one morning toward the end of high school. I think I was lucid dreaming, so it was an euphoric experience. I was already playing instruments and tinkering with music software, so the idea of being a music producer took hold around that time and slowly grew as I figured out which path to take.

You released your first album, Time Travel, last summer. What lessons did you learn from it?
It took much longer than I expected, so I learned the importance of making daily schedules, routines, lists, and deadlines. I also gained a new appreciation for how music theory and piano skills help minimize writer's block, so I started practicing piano every day after I wrapped up the album.

As a producer and as a DJ, how do you push yourself forward?
This is something I've started to take much more seriously over the past year. I'm practicing piano daily, and I started a mix series about six months ago. It's very easy to take the path of least resistance, so that's something I try to guard against. I also try to value the long term over the short term as much as possible. 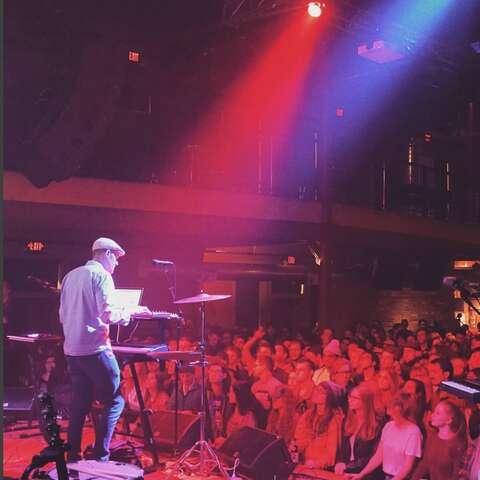 You’re a fan of sci-fi literature. Could you share your three favorite books?
Peace On Earth by Stanislaw Lem. It was written during the Cold War and imagines that the USSR and the US get into a robotic arms race that eventually results in a completely automated war on the moon. Lem is a master at taking weird real-life scenarios and pushing them to crazy extremes.

The Man In The High Castle by Philp K Dick. Alternate history in which the axis powers won World War II. It's a good reminder of how badly things can go if we don't stand up to assholes. Amazon recently turned it into a series.

Seveneves by Neal Stephenson. This is probably my favorite book ever. It imagines a mysterious cataclysmic event in which the moon blows up and blankets the earth in fire. Only seven women survive ("seven eves") on an escape vessel and they manage to repopulate humanity over the next 5,000 years. It's scientifically grounded and extremely entertaining. Sidenote: It's one of the only novels Bill Gates has read in the past few years.