Canadian-born folk princess Martha Wainwright’s gorgeous new album, Come Home to Mama, is the bittersweet fruit of two live-altering events—the birth of her son, Arcangelo, and the death of her mother, singer Kate McGarrigle, in the winter of 2009-2010. Before playing to a packed penthouse crowd in The Standard, East Village last week, she sat down with Standard Culture to talk about the perils of new motherhood, sharing clothes with her brother, Rufus, jamming with her father, Loudon Wainwright III, and the lure of the family business …

STANDARD CULTURE: You recorded Come Home To Mama in the West Village at Sean Lennon’s place. What was that like?

MARTHA WAINWRIGHT: It’s his house, so the studio is the living room, and Yuka [Honda] lives there, too, and she’s married to Nels Cline, who also lives there, as does Sean’s girlfriend, Charlotte [Kemp], so it’s a household filled with a lot of musical activity and creativity. There’s always a photo shoot or someone painting, or someone making a record, or someone writing poetry or practicing an instrument. Some of them are sort of nocturnal. It’s like a little factory.

This is your first solo album in four years. What have you been up to?

I’ve been promoting the Edith Piaf record around the world—it didn’t come out in the States, but I toured it a lot in Europe and Canada—and then I had a kid, and a lot of sort of family stuff happened to me. You know—life! And it always takes me a while to write songs. This was sort of a project to make sure I don’t, you know, fall off the face of the earth. And after my mom died I couldn’t really pick up the guitar and sing because I would just kind of fall apart.

Did you and your mom used to play together?

Yeah, she played a lot with me. Especially near the end.

What about you father and brother? Did the whole family used to jam?

We didn’t play at home as much, because it’s always been a profession, more than a hobby, so it’s not for fun, it’s for, you know … money [laughs]. We grew up in a folk music tradition, which means that you get involved. No matter how well you sing or play, it doesn’t really matter, you just sort of jump in.

As a child of performers, do you feel a special kinship with Sean?

I don’t think anybody could bond over that stuff with Sean Lennon. I mean, maybe a few people could. He’s in a class of his own. That said, I think he appreciates the smaller, sentimental realities that my brother and I have toward our parents being in the music industry. Maybe sometimes even envies them as much as we envy his parents.

Your parents got to do what they wanted without the craziness.

Yeah. Everybody wants to be bigger than their parents. And parents want their children to be more successful than they are if they’re nice parents. I think that’s a natural thing. I always revered my parents probably too much, but I know that my mother would want me to believe that I, too, was as good as she was. And that’s an important thing to believe if you have to get up night after night and do something that’s essentially egotistical.

Talk to us about the album title, Come Home to Mama.

It’s the phrase in the main song, "Prosperina"; I call it the main song because I think it’s sort of the centerpiece of the album. It’s the only song I didn’t write, and it’s the last song my mother wrote a few months before she died. It’s about death and rebirth and the seasons. It’s the story of Persephone. A lot of the songs on the record are about my mother dying, but there’s also an excitement and a happiness and a joy on the record as well that sort of symbolizes a continuation and an acceptance and a way to move forward. That song sort of sums up everything in a much more concise and beautiful way and it’s clear, to me at least, that it’s written by someone who has one foot in to where they’re headed. It has grandiosity. It’s clearly written by someone who’s half in and half out of life—someone who’s become a goddess in her own way. My mother was a very striking person, and just became more and more and more so, right up until the end. It was very amazing to watch.

Martha performs "Prosperina," which was written by her mother, Kate McGarrigle.

That’s quite a striking jacket, by the way. Did you two share clothes?

Always. In fact, Rufus and I and my mother at varying times when we were the same size would all share the same clothes—the same, jeans, the same jackets, the same shirts. Some of the stuff she had even made herself. I guess being born in the ‘40s it was something that people still did.

In your press materials you talk about how you’ve never worked harder, played harder, or sung harder. What was your motivation?

It’s a turning-point record for me because my career has been sort of up and down. It’s not spelled out yet in any way, and I wanted to strike a chord, for lack of a better phrase, that would be a powerful and strong one as a sort of mark for a more successful continuation and new beginning. I mean I never intended to be a real adult. I was always sort of the youngest. I was always sort of a bitch to my mother. I was whiney and somewhat resentful and teenager-y in my attitude. And then you become motherless and a mother—and a mother under very difficult circumstances because my son was born really premature and I was on the road. Right away everything changed very quickly because I was forced to become a person that I hadn’t been before, which was a full-fledged, responsible adult. So, for the sake of my new family in particular, I want to be able to go out and tour on a tour bus, which is better for him. I can’t just put him in a van and drive eight hours every night. It would be cruel. I’d like to bump this up a notch to wear everyone is comfortable.

At the hospital with Arcangelo in 2009

You’re a confessional songwriter in the age of oversharers. Do you read blogs?

I don’t surf the web at all because I’m very preoccupied with my own life. I do a lot of domestic things—cooking and cleaning—and I don’t really like to curate my own entertainment. I like to turn on PBS and be like, OK, I’m gonna watch that now, rather than have to choose and download something. I don’t know, maybe I’m lazy? Also, I think that if I read a lot of confessional and interesting blogs I would feel that I was less important and I don’t think that that’s what I need [laughs.] Maybe it is though!

It’s your first time working with Yuka Honda from Cibo Matto. What was that like?

It was a very pleasant, enjoyable experience. I didn’t have to do very much. I had to write the songs, which took me a while, and I had to learn to sing them properly. I demo’d them up myself and had honed them pretty well and then she created the soundscape that surrounds them. So I left it mostly to her. It was perfect for me because I don’t think I was in a state to give much more being a new mother and still reeling from the death of my own mother. I would come to the house and she would offer me tea, she would offer me food, she would get a good performance out of me by praising me, and she would send me on my way. She would work through the night—she likes to work at nighttime—and then I would come back the next day and should would have created something fabulous and then we would discuss what to use, what to take out, what I liked, and what I didn’t like and continue it that way. She took very good care of me.

Any plans to record with Rufus?

We’ve actually recorded a lot together, but not in a democratic way. I’ve been his back-up singer for years. His first two records I was his back-up singer and that’s how I got my start and how I learned to sing. Now, we work a lot together on these tribute shows that we do for our mom—The Kate McGarrigle tribute shows. And we’ve made this film that’s directed by the same woman who did I’m Your Man, Lian Lunson. So we’re certainly headed that way. That’s what everybody wants. That’s what my mother wanted, for us to be Donnie & Marie. But we’re not ready for that stage in our lives yet—the full-on casino situation. But I’m seeing it in crystal clear focus. It’s coming. We’d probably make a killing. 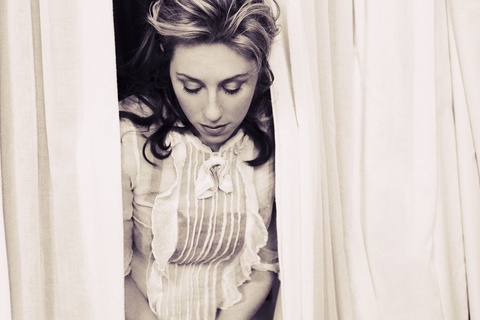 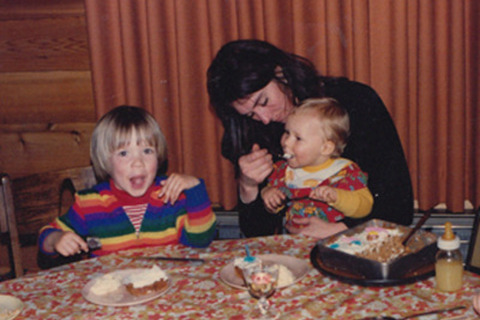 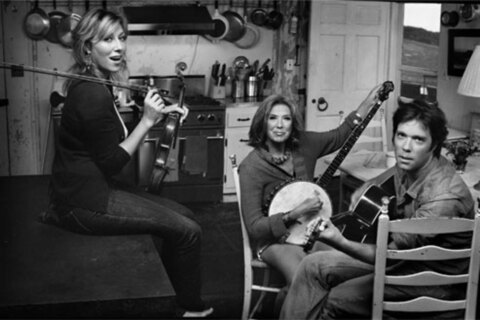 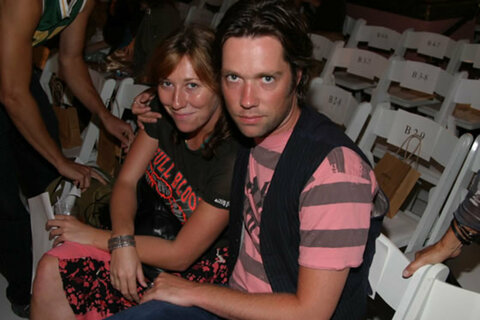