Discovery: Many people don't know how long you've been around the dance scene but have just recently been touring, putting out records consistently and getting lots of love. Why now?

The Black Madonna: It's an overnight sensation that took more than twenty years to happen! (laughs) After many years of throwing raves and selling mixtapes, I went to college, ostensibly to grow up, and that's where I had access to turntables at the college radio station. I taught myself to DJ and really loved it, but a friend told me that they will only let you get a certain kind of popular if you aren't putting out records. That really bummed me out, because I liked DJing so much, so I figured I better get on it and make some jams. Looking back, I didn't really know how to DJ till I was about 33... You know, some people are called to be doctors or teachers or nuns. At a certain point I knew that this was a calling for me in a deep and forever way. Producing was the key to preserving and growing that calling.

How did you go into producing?

When I moved to Chicago and started to work with really talented producer who let me sit in on sessions and then finally begin to work with him, eventually learning how to use Logic and stuff like that on my own. Then when we stopped working together I started to make the stuff that I had always imagined doing and those are all the records people seem to vaguely like and occasionally sell for exorbitant money on discogs. (laughs) That part is so weird to me.

This whole period in time has really been a surprise to me. I tried so hard for so long and failed so hard for so long. It seemed the most likely outcome to this new endeavor, The Black Madonna. I was so shocked when the records started selling out and people I didn't know would write to me looking for them. Touring was basically the result of my fairy godmother, Lisa Gobmeier from Odd Fantastic. She didn't even know me, emailed me to see if I wanted to come to Europe. The email went in my spam filter and I didn't find it till I was looking for my Movement tickets and couldn't find them. Five months later I was at Panorama Bar. That was my first gig she booked in Europe. So basically she's a Bavarian creature that bestows wishes.

If you had to explain Dance Mania to my mom, what records would you pick?

Feel My MF Bass In Your Face by Paul Johnson, Southside Beatdown by DJ Milton, Follow Me by Parris Mitchell

Your sets are very diverse but remain danceable, what's a record you've packed a good bit but still haven't been able to fit in?

There's this one Queen jam that I'm gonna make happen.

You've recently become the musical director at Smart Bar, you guys seem to never charge ridiculous cover charges even when the lineup is stacked. In many other cities people are paying upwards of $60 to $100 to get into the exact same lineup. Why?

I operate under the assumption that no one has any money in 2014. We budget the events to be priced as low as they can be to cover the artist expenses with the tickets and sometimes we plan on going even lower than that. We don't pay our rent on bottle service and forced coat check and all that other stuff that other clubs do. We operate lean and mean so that people can afford to come to us. In fact, we even have a club card that we give at our discretion at the beginning of each year to the super regulars. Smart Bar is home. We believe in square deals for everyone. A good deal is good for everyone and it means that you can come to our club if your shoes aren't fancy. You can come in a hooded sweatshirt. Smart Bar is a club of the people. Derrick Carter isn't ordering pizza for the crowd in just any old fancy schmancy spot. 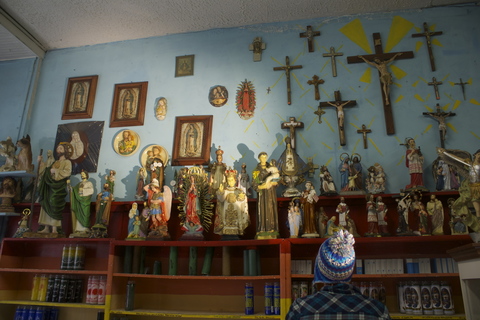