Le Bain: Your first LP 'Biology' was released early this summer. You said it's not a 'huge deal'. What would you consider as a huge deal?
Yeah I guess I said that. I don’t want to downplay it or something, its a pretty cool release I think! Its just I get most excited when I finish the stuff in the studio, not when it finally comes out a year later because everyone (including myself) in music is flakey and lazy. I'm always most excited about what I'm working on right now.

We read your productions are 'growers', because they 'slowly worm their way into your affections' (Resident Advisor). Can we apply the same quality to your own personality?
Young Marco: Ha no man, I consider both myself and my music instantly likeable. Well that's what I think at least.

Do you have a favorite all time 'grower' track tough?
I’m usually pretty consistent in deciding if something sucks or not. I have however been getting really into (early!) trance music, which is something I never thought would happen. Ha. I just found this record the other day:

Great one! On the other side of the spectrum, your favorite 'slap-you-across-the-face' song?
Not sure, but this Japanese 7” I have is for sure a good kick in the nuts!

What is the coolest thing to do in Amsterdam this summer?
The second edition of Dekmantel Festival is looking pretty killer, its funny that no one ever tried to do a festival with just good music! Also I will doing an all-nighter at Trouw in August! 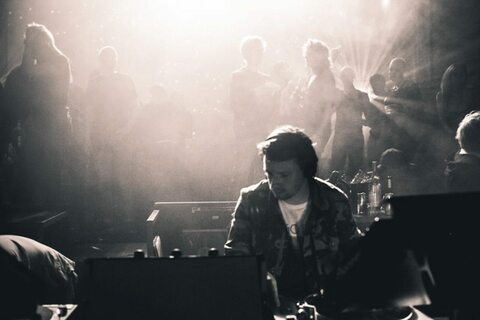